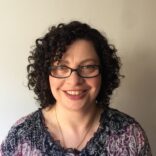 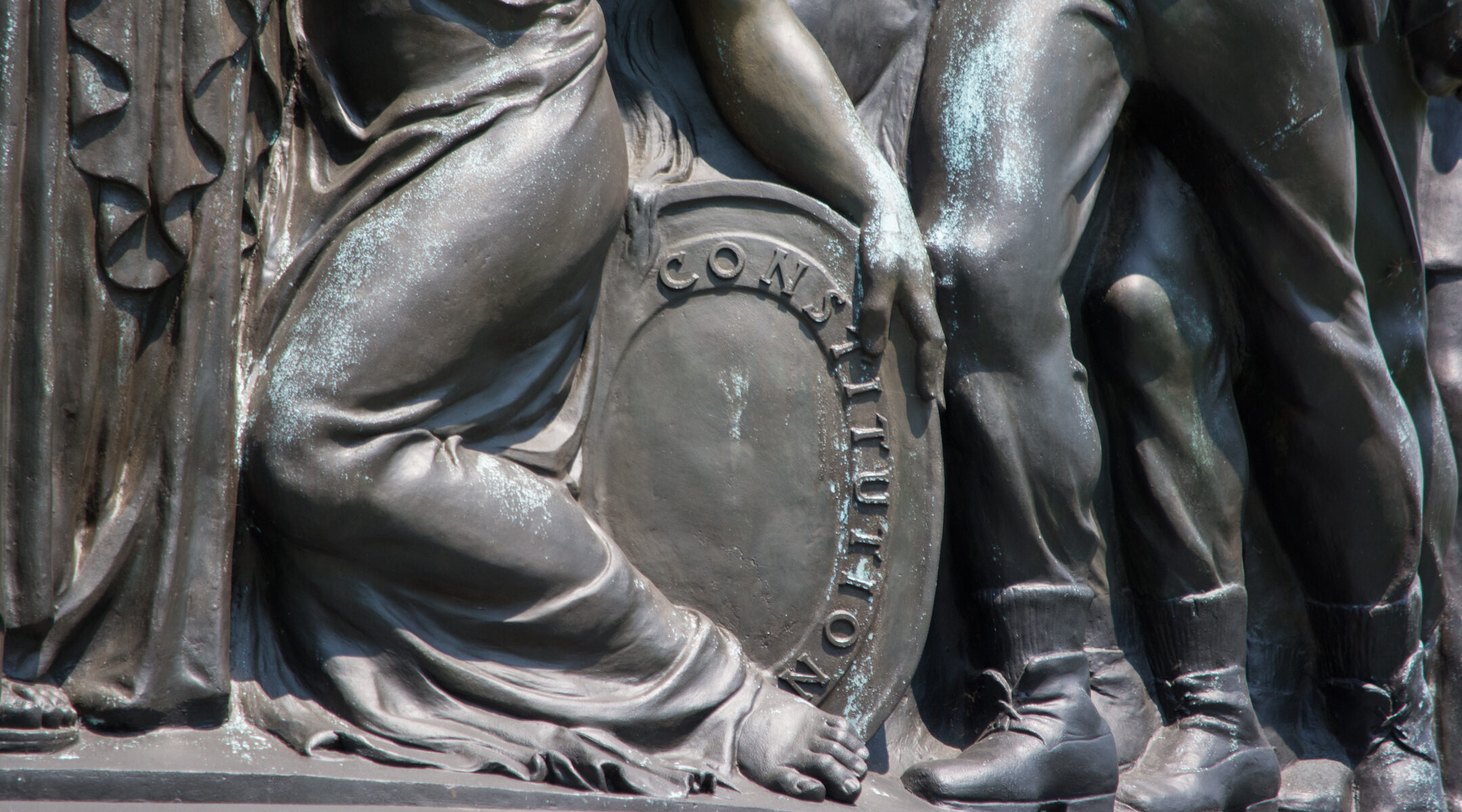 The Confederate Memorial at Arlington National Cemetery includes the image of a woman protecting a shield emblazoned with the word "Constitution." (Tim Evanson/Flickr Commons)
Advertisement

(New York Jewish Week via JTA) — Everyone has at least a few creation stories: how they were born, how they came to the career they chose, how they met their loved one.

This week Jews around the world will return to our creation story, the one found in the first chapters of the Torah that are read on Simchat Torah (beginning Tuesday evening, Sept. 28) and again on the following Shabbat (Oct. 2). Each time we engage with these stories we uncover more of the mystery and discover a bit more of the truth. The story of Bereshit — Genesis — reminds us that reexamining beginnings can help us find a deeper understanding of why and how we have arrived at this moment, and how we can use these insights to continue to uncover and understand other creation stories in our lives.

This year, with America’s creation story the subject of fierce ideological debate, I am thinking about what we can learn from Bereshit about American history.

The story of creation as presented in the Torah is really two versions of the story. The first story is found at the end of the first chapter of the book of Genesis. In this version, God creates a being in the divine image, both male and female. This being or beings (it is a bit unclear) share the same place in the broader hierarchy ruling over all the other living creatures. Male and female are equal, they have distinct names and personas. Neither one precedes the other. While this sets up a binary gender dynamic that creates its own problems, it also embeds male/female equality into the foundation of our culture and story. From this moment forward binary equality is part of Jewish life and tradition.

The second story of creation comes in the second chapter of the book of Genesis. In this version, God first creates a singular, male being. God brings all sorts of creatures into the world to be company for the man, but none of the animals truly completes him. God decides it is not good for the man to be alone. While the man sleeps, God removes a rib from Adam’s side and from this manly rib fashions a woman. She is derived from him and there to complement and complete him. Man is first, woman is secondary. From here on men are at the center of Jewish life and tradition and women play a supporting, secondary role.

Scholars have tried to reconcile these two versions of the Jewish creation myth; it is not easily done. The contradictions reverberate throughout Jewish life: There are many ways in which man and woman are equal to each other within Jewish life and there are many ways in which they are not. While it would be easier to have a singular narrative to either celebrate or revile, we are forced to live with the contradictions.

From the start, our tradition has encouraged us to embrace complexity. We understand that complexity can coexist with wholeness.

The contemporary fight over American history — as embodied by the “1619 Project” that seeks to anchor the country’s creation story in the year the first enslaved people were brought from Africa to North America, and efforts by conservatives to ensure it is not taught in schools — is a fight over complexity. And the lessons we learn from the biblical telling of creation enable us to better navigate our national creation story.

The United States was founded on a platform of freedom and equality for all. Our brave colonial forefathers broke with the British monarchy and its hierarchical structures and governance. The Constitution enshrines freedoms for all. Many have died fighting for this vision of society. Laws and policies have been shaped to bolster this ideal. With the Constitution as our guide, we have sought this equality in our schools, our elections and our social interactions.

This is the founding narrative that makes Americans proud of their country. For too long, it was the only narrative taught in our schools. It is easy to celebrate this version. It is a promise that draws immigrants to our shores, believing that they too can be part of this dream. It is hopeful. It is inclusive. And in many ways it is real.

We must also hold that this vision was intentionally created with limits. The founders enshrined this vision of equality within a system that sustained white supremacy over people cast as non-white. Unlike the Constitution, this principle was not originally written on paper but enacted by white people on the bodies of generations of enslaved Africans, displaced and murdered indigenous peoples and their descendants. Many people have suffered and died because of this system of white supremacy. Beginning before the nation’s founding and continuing to this day, countless laws and policies perpetuated this vision of domination and inequality. We see the impact in our schools, our prisons our elections and our social interactions.

That both these foundational narratives could and do exist side by side is hard to reconcile, both in theory and in practice. The contradictions in these narratives haunt us daily in the United States. The fundamental mismatch between them is a source of ongoing friction. There are those who would like to ignore the discomfort of the narrative of oppression, or focus solely on the ravages of our original sin.

But that is not the Jewish way. As Jews, we know how to hold on to these types of complexity. We need to advocate for teaching both American stories in our schools. We will not be able to find our way forward as Americans until we recognize the tensions and imbalances that emerge from these two very different creation stories. Fortunately for us — and for America — the Torah cycle and the school year offer an annual opportunity to inhabit the complexity that results.

Rabbi Ruth Abusch-Magder
is director of education and rabbi-in-residence of Be’chol Lashon (GlobalJews.org).
The views and opinions expressed in this article are those of the author and do not necessarily reflect the views of JTA or its parent company, 70 Faces Media.