The ‘Spanish Schindler’ saved 5,200 Jews during the Holocaust. Now Spain wants to find their descendants.

Using an expired Spanish law that extended citizenship to descendants of Sephardic Jews expelled from Spain in 1492, Ángel Sanz-Briz saved 5,200 Hungarian Jews from being deported to Auschwitz in 1944. (Centro Serafad-Israel)
Advertisement

MADRID (JTA) — In an unprecedented effort to find their relatives and raise awareness about their stories, Spanish authorities are releasing a list of the Hungarian Jews protected from the Nazis by a diplomat nicknamed the “Spanish Schindler.”

Ángel Sanz Briz was recognized as a Righteous Among the Nations by Yad Vashem, the Israeli Holocaust memorial and museum, in 1966 for using an ingenious legal maneuver to save more than 5,200 Jews from being deported to Auschwitz in 1944.

But even though his efforts saved five times as many Jews as those of Oskar Schindler, his story is far less well known — in part because the staunchly anti-Israel Franco regime, which ruled Spain from 1939 to 1975, barred him from accepting Yad Vashem’s honor.

Now, the Centro Sefarad-Israel — a Sephardic cultural institution that is part of the Spanish Ministry of Foreign Affairs — is working to change that. With the support of the Spanish government’s archives, the group is publishing the names of the people he protected, along with details about them, with the goal of tracing their descendants and making their stories known.

Between June and December 1944, Sanz Briz, then a 32-year-old Spanish diplomat stationed in Hungary, took the law into his own hands by creating fake Spanish passports for thousands of Jews. Despite the fact that Hungary’s Jewish community was predominately Ashkenazi, Sanz Briz and his assistants granted Spanish citizenship to Hungarian Jews based on a long-expired 1924 Spanish law that extended citizenship to the descendants of Sephardic Jews expelled from Spain in 1492. 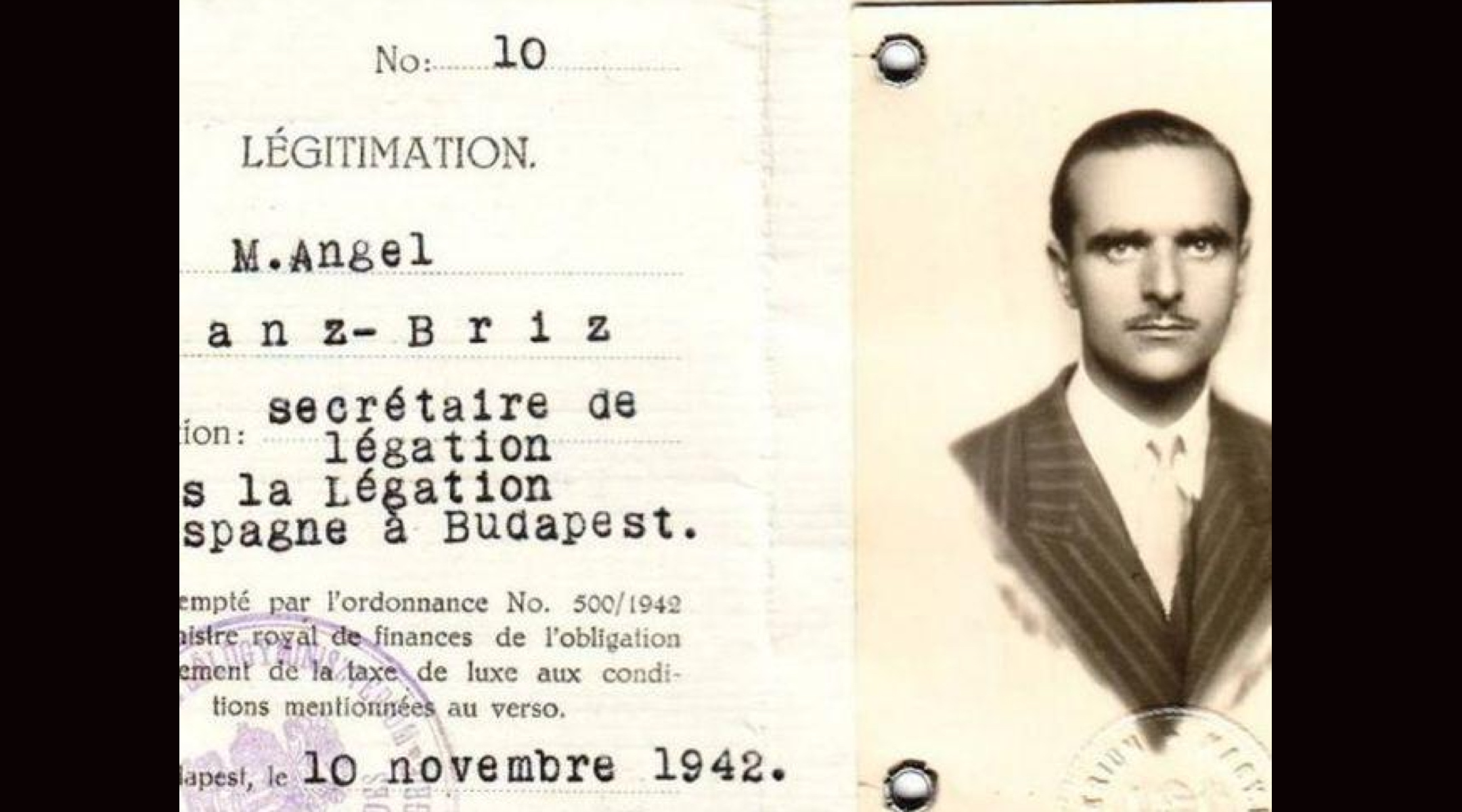 Sanz Briz went to extreme lengths to ensure hundreds of Hungarian families were put under Spain’s protection. As the Nazis closed in on the city’s Jews, the Spanish diplomat rented 11 apartment buildings to house approximately 5,000 people. He placed the Spanish flag on the buildings, passing them off as official properties of the Spanish Legation, ensuring that the authorities would not seize them. He also hid some families in the Spanish embassy in Buda.

The release of the documents represents a historical milestone for Spain, as it is the first time the General Archive of the Administration has made all of its diplomatic files as well as official reports about the situation of concentration camp prisoners during World War II available to the public.

In addition to the list of the Jews rescued, the General Administration Archive has made available a report written by Slovak Jews Alfred Wetzler and Rudolf Vrba, two fugitives from Auschwitz who escaped on April 7, 1944, after spending almost two years in imprisonment. The report, which was delivered to Sanz Briz and later sent to Madrid, includes a sketch of the concentration camp. It became one of the most significant pieces of evidence presented at the 1945 Nuremberg Trials.

Hungary, whose Jews Sanz Briz helped, has honored him before. He was awarded the Order of Merit of the Republic of Hungary in 1994, and in 2015, a Budapest street was renamed after him.

The Centro Sefarad-Israel has set up an email address for anyone who recognizes their name or that of a family member on Sanz Briz’s lists to get in touch.