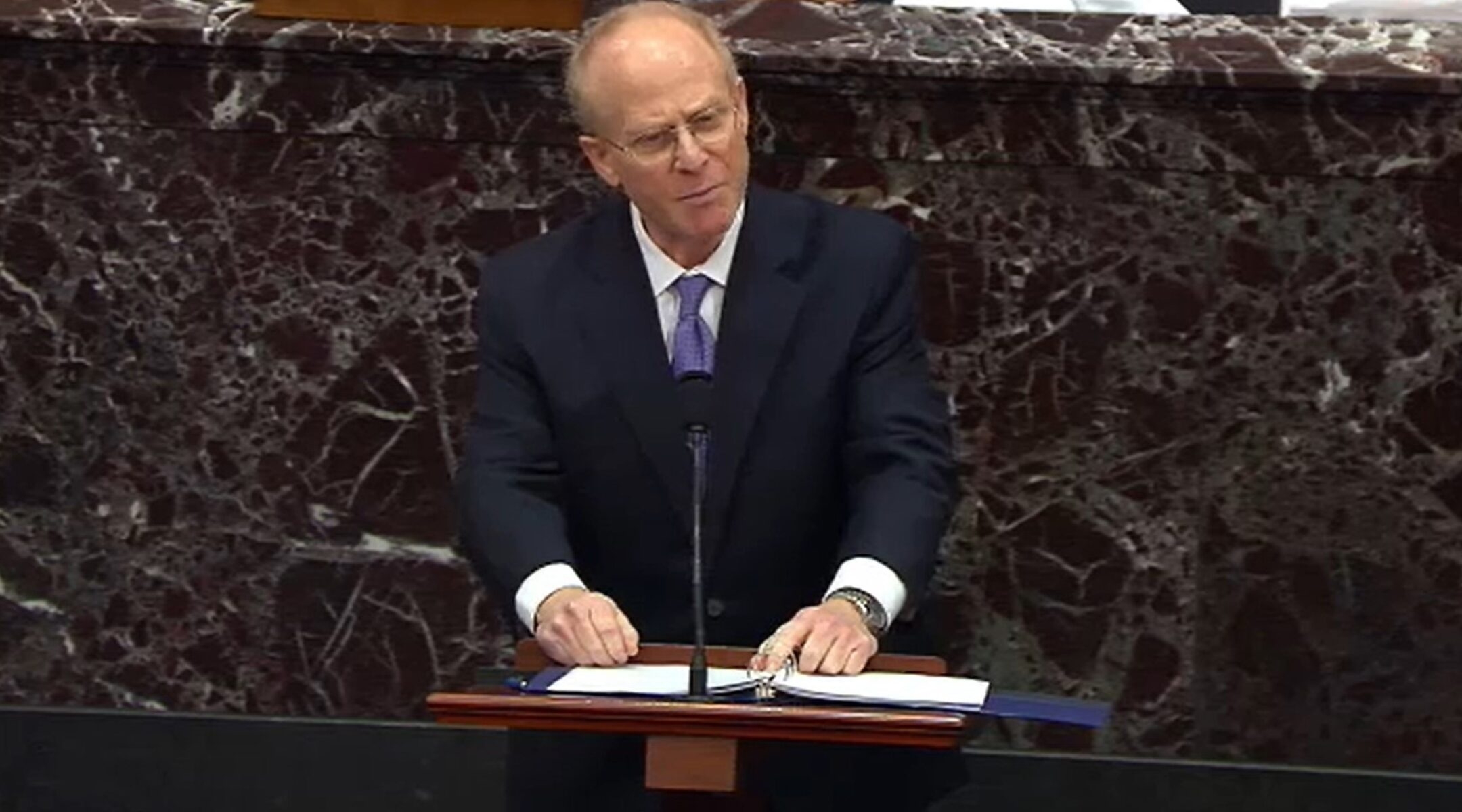 Schoen, a constitutional lawyer who lives in Atlanta, has for years served on ZOA’s board and has represented the organization, in one instance leading ZOA’s efforts to hold the Palestine Liberation Organization legally accountable for terrorist attacks committed in its name.

He became nationally prominent when he represented Trump after the House of Representatives impeached the former president for spurring the Jan. 6 insurrection at the capital. The Senate acquitted Trump.

Schoen several times covered his head with his hand before taking a drink of water while speaking during Trump’s Senate trial, leading observers to guess that he was saying a blessing. He also absented himself from the trial when Shabbat loomed.

Schoen, who usually wears a kippah, said he did not wear one while speaking during the trial because he thought it would look “awkward.”

Trump was not Schoen’s first high-profile case. He was set to represent Jeffrey Epstein on charges of sex trafficking when the financier was found dead, ostensibly by suicide, in jail. Schoen is a board member of the Alabama chapter of the American Civil Liberties Union and has been honored by the American Bar Association.

The ZOA election was Sunday. The membership reelected longtime president Morton Klein. Klein is the professional leader of the organization and Schoen is its lay leader.