Why did Trump’s impeachment lawyer David Schoen keep putting his hand on his head? 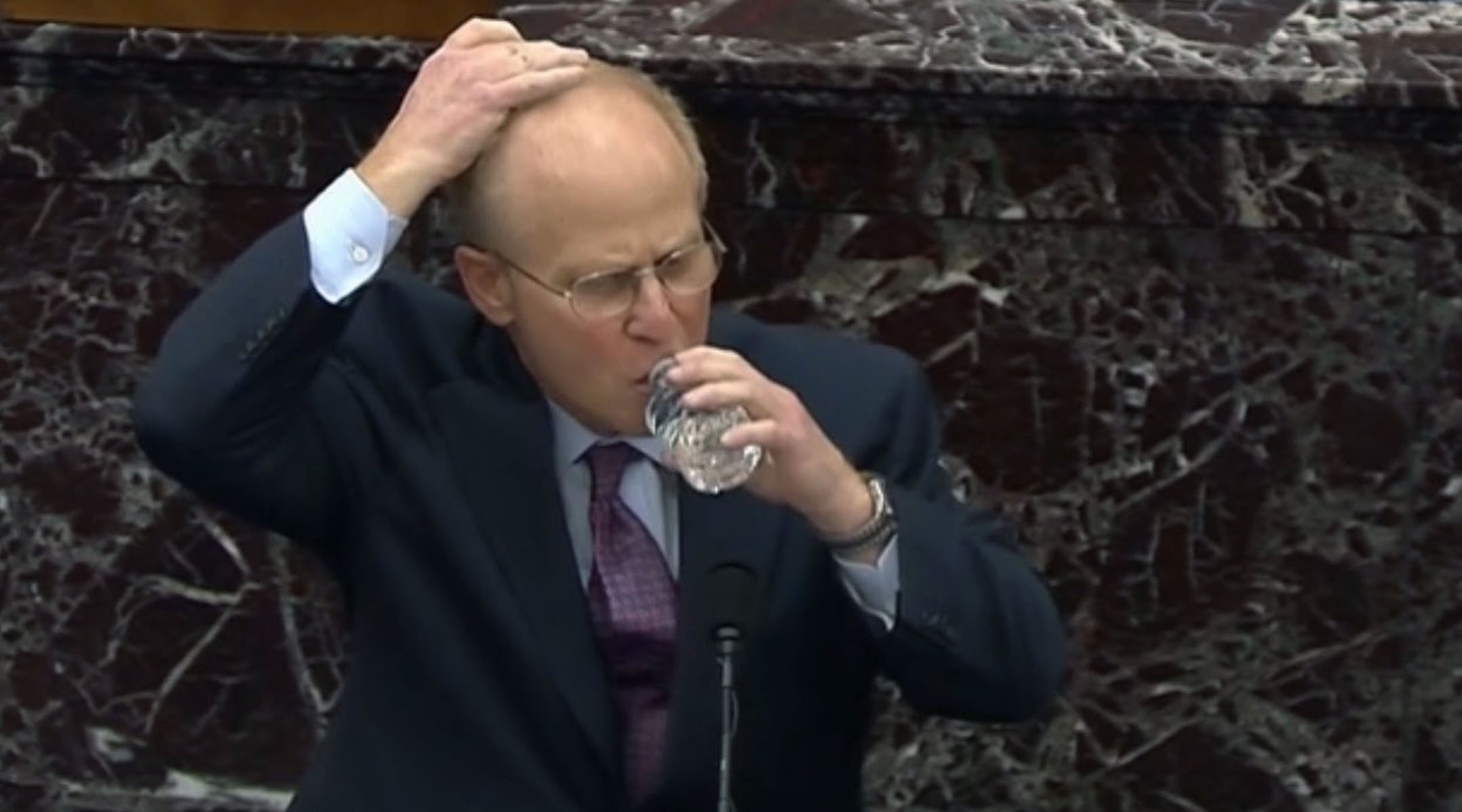 (JTA) — What Donald Trump’s lawyer likely wanted: for America to spend this evening talking about how the former president was not responsible for the deadly Jan. 6 raid on the U.S. Capitol.

What he got instead: a firestorm of speculation about why he held his hand over his head every time he took a sip of water.

The Senate convened Tuesday for a historic first: former President Donald Trump’s second impeachment. David Schoen, one of Trump’s impeachment lawyers, already asked (and then withdrew his request) for Trump’s trial to pause for the Jewish day of rest. Was the fact that he covered his head while drinking also because he is an Orthodox Jew?

We didn’t ask Schoen, but we can say: Almost certainly, yes.

Whenever observant Jews drink or eat, they typically recite a blessing that includes the name of God before and after doing so. Jewish law, known as halacha, stipulates that in order to say God’s name, men (and in some opinions, women) should have their heads covered. Based on this fact, it’s likely that Schoen covered his head with his hand while he recited a blessing before drinking from his water bottle.

So why wasn’t he wearing a kippah or another head covering, as many observant Jewish men do?

“I just wasn’t sure if it was appropriate, frankly,” Schoen said after the hearing to a CNN reporter who asked him why did not wear a kippah. “I didn’t want to offend anyone…It’s just an awkward thing and people stare at it.”

While it’s true that most Orthodox men regularly wear a hat or a kippah (also called a yarmulke) at all times, some elect not to wear a head covering at work or in situations where being identified as a religious Jew could cause harm.

In public courtrooms in particular, some observant Jews fear that wearing a kippah could bring extra scrutiny from anti-Semitic jury members, judges, or in this case, members of the public.

Plus, the Senate bans head coverings, but carves out an explicit exception for religious requirements. The House, spurred on by Rep. Ilhan Omar and interfaith groups, overturned their 181 year ban on head coverings in 2019. Schoen wore a kippah heading into the Capitol building, but chose not to wear one on the floor.

If avoiding stares was Schoen’s goal, he didn’t succeed. The Mysterious Case of Hand on Head caused confusion for many viewers and frenetic discussions on Jewish Twitter, where political polarization fell away in favor of shared bemusement.

Even observant Jews expressed confusion about why Schoen repeated his hand motion every time he drank. Religious law only requires a blessing before one’s first bite (or sip) and after eating or drinking is completed  — and using your own hand to cover your head doesn’t really count as a valid covering according to most Orthodox interpretations of halacha. So why did Schoen repeatedly cover his head with his own hand?

Some claimed to see Schoen using a bottle cap to cover his head rather than just his hand (which would present its own halachic issues).

Others offered another suggestion, drawn from their own experience as regular kippah-wearers:  Schoen could be displaying a reflex to keep his usually-there kippah from sliding off of his head.

Schoen was not the only Jewish lawyer in the courtroom Tuesday. Leading the team making the case for Trump’s impeachment was Jamie Raskin, a Maryland Democratic congressman and a constitutional scholar. Also on the team is Rep. David Cicilline of Rhode Island.

Want to read more Jewish news? Sign up to get JTA’s Daily Briefing delivered straight to your inbox. 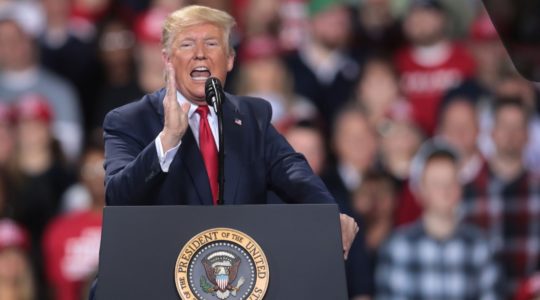 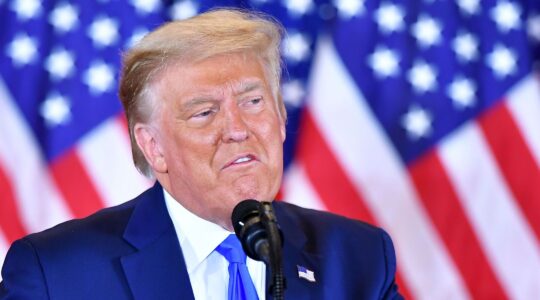 Impeachment trial will not be delayed by Shabbat 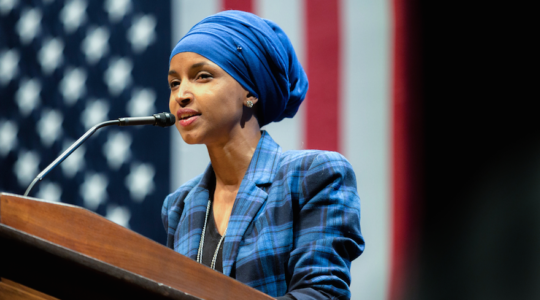 Muslim lawmaker wants to overturn ban on kippahs, hijabs and hats in Congress