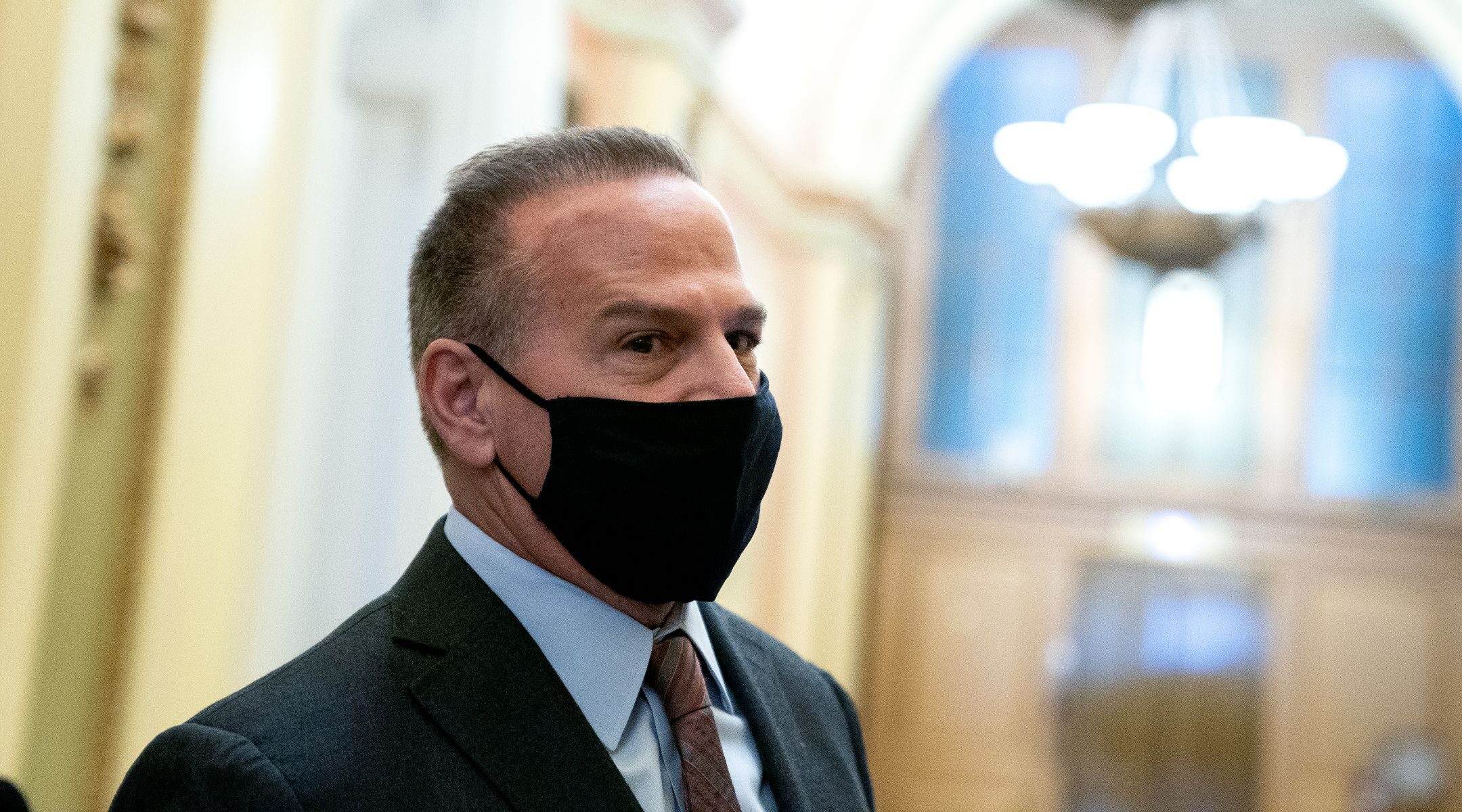 (JTA) — Three of the four Democrats leading the charge to impeach President Donald Trump for a second time are Jewish: David Cicilline of Rhode Island, who is the lead sponsor, and Jamie Raskin of Maryland and Jerry Nadler of New York, who are among the three lead co-sponsors.

The fourth lead co-sponsor of the impeachment articles charging Trump with inciting last week’s deadly insurrection is Ted Lieu of California. All four lawmakers are on the U.S. House of Representatives Judiciary Committee, which traditionally takes a lead role in impeachment proceedings, and which Nadler chairs. Raskin is a constitutional scholar.

All of the 25 Jewish Democrats in the new Congress. The last to join was Elissa Slotkin of Michigan, a moderate with a national security background who played a critical role in persuading other moderate Democrats to back Trump’s first impeachment in 2019, when she reversed her opposition.

“The textbook definition of terrorism is the unlawful use of violence and intimidation, especially against civilians, in the pursuit of political aims,” Slotkin said in an Op-Ed for the Detroit Free Press in what she described as a decision that came after consultations with constituents and some Republicans. “The definition of an insurrection is a violent uprising against a government. Last Wednesday, the president incited domestic terrorists and an insurrection against the constitutional rule of law.” Slotkin alerted reporters to the Op-Ed several hours after this story went to press, and after a JTSA query went unanswered.

Raskin authored a resolution urging Vice President Mike Pence to invoke the 25th Amendment, designed to transfer power when the president is unable to lead and House Democrats said that if Republicans withheld objections they would not move to impeach. But Republicans did object, and the Democrats introduced a single article of impeachment on Monday morning.

The legislation cites Trump’s role in fomenting the violent siege that Trump supporters laid against the Capitol building last week. “Donald John Trump engaged in high Crimes and Misdemeanors by inciting violence against the Government of the United States,” it says.

Trump has for months peddled the falsehood that he prevailed over president-elect Joe Biden in November’s election. He urged protesters to converge in Washington, D.C., last Wednesday when Congress convened to formally affirm Biden’s win and, in a speech, urged his supporters to march on the Capitol. They heeded his call, and hundreds of them stormed and looted the building and sought out lawmakers who went into hiding. At least five people died.

“The attempted coup at the United States Capitol last Wednesday, which took place as lawmakers inside counted the electoral votes that would formalize Joe Biden’s overwhelming election by the American people, marks one of the lowest points in our country’s 245-year experiment in democracy,” Cicilline said Monday in a New York Times op-ed, explaining his decision to launch the proceedings.

If Pence does not invoke the 25th Amendment by Wednesday, the House Democrats plan to move forward with the impeachment legislation. All but 12 Democratic lawmakers have signed on, and five of those would not be expected to either because they hold leadership positions or have been nominated for roles in Biden’s administration.

The two Jewish Republicans in the House, Lee Zeldin of New York and David Kustoff of Tennessee, issued statements deploring the violence, but also voted to overturn Biden’s election.