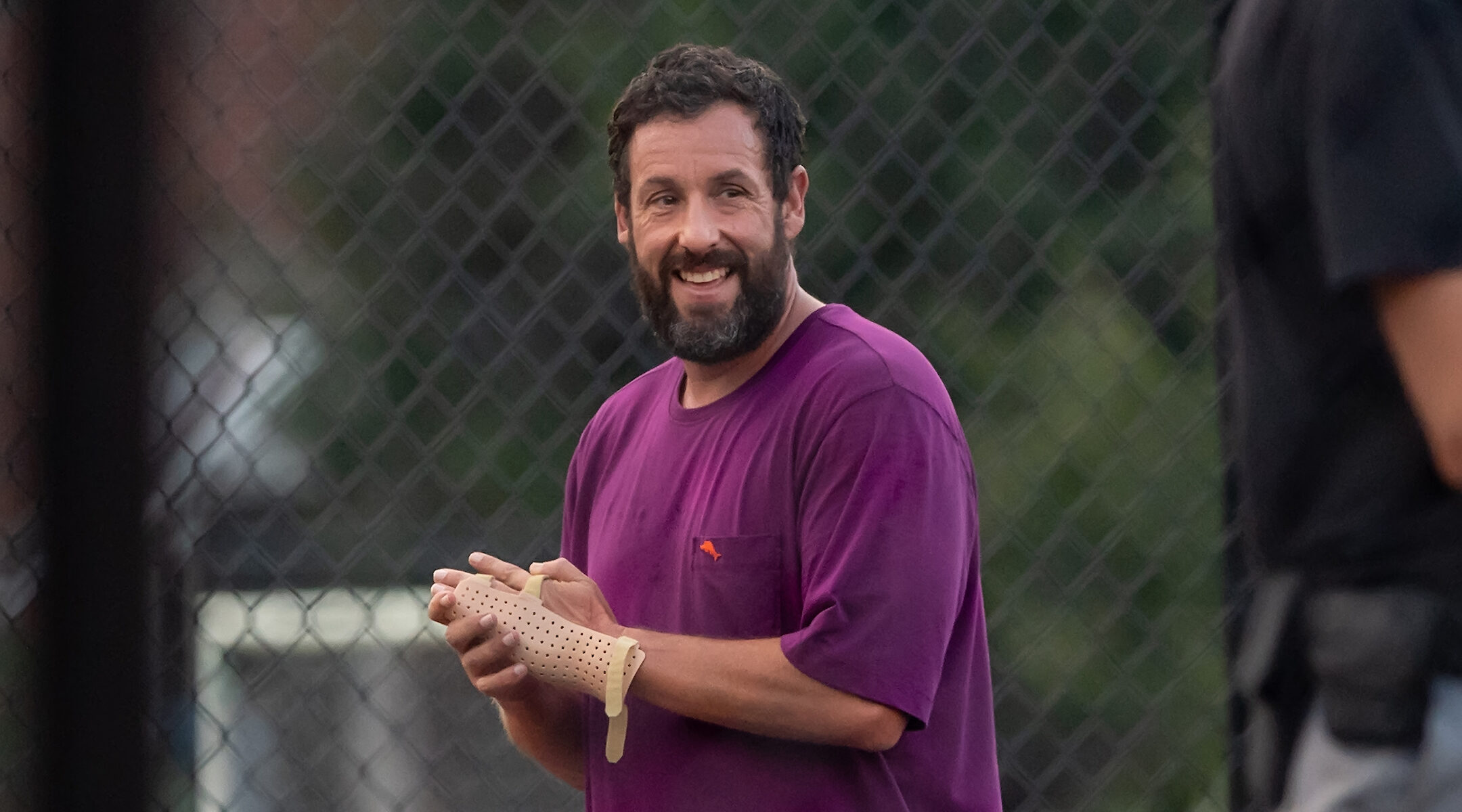 (JTA) — Who says Adam Sandler’s heyday is behind him?

A survey of 10,000 teens, conducted Aug. 17 to Sept. 16, found that the Jewish actor and comedian is their favorite celebrity.

“Adam Sandler moved up from no. 4 in the Spring to the top celebrity taking the spot from Kevin Hart,” according to Piper Sandler, an investment bank and securities firm with no relation to the actor, which asked the question as part of its twice-yearly survey of teen attitudes.

After repeated movie flops in the 2010s, the 55-year-old star of early career hits like “Happy Gilmore” and “Billy Madison” is having a pop culture resurgence. His acclaimed performance in the 2019 drama “Uncut Gems” as a frenetic Jewish jeweler sparked a “hot dad” fashion conversation. Young fans on Instagram can’t get enough of his love for pickup basketball (and the retro baggy shorts he wears while playing). His crashing of a Jewish wedding in 2018 delighted the couple and made headlines.

What’s next for the “Sandman“? Two more dramas, neither of which have release dates: “Spaceman,” in which he will star as an astronaut on a solo mission, and “Hustle,” about a basketball scout who tries to resurrect his career by bringing a player over from Europe into the NBA.