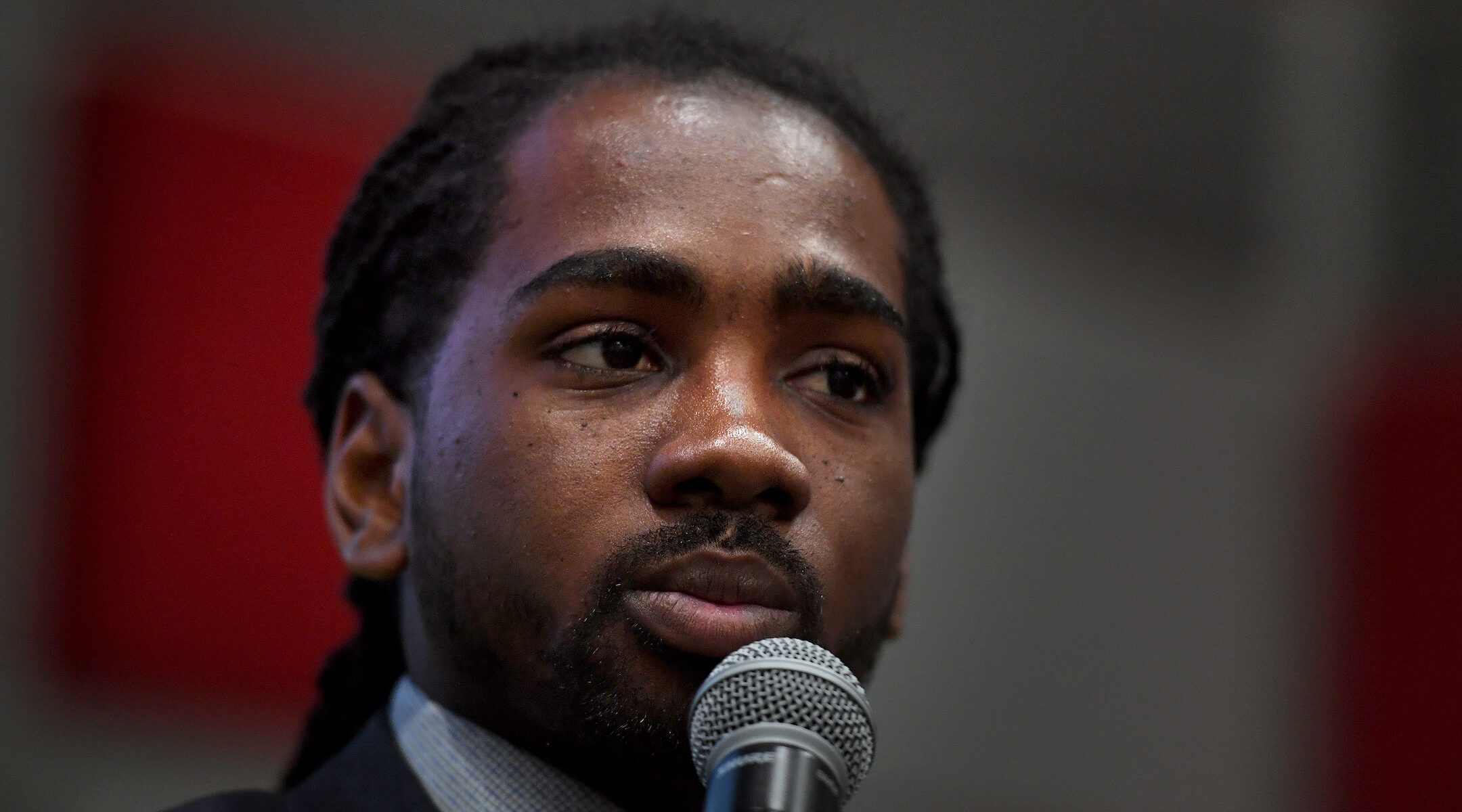 (JTA) — A Democratic member of Washington, D.C.’s city council who once said “the Rothschilds” control the weather and has given money to the Nation of Islam says he is running for mayor.

Trayon White, who has served represented the city’s 8th Ward since 2016 quietly made the announcement in the comments section of an Instagram post noticed by a reporter for the Washington City Paper. White confirmed to the paper that he intends to run to replace current D.C. Mayor Muriel Bowser, who has not yet decided whether she will run for re-election in the June 21, 2022, Democratic primary.

In 2018, White made national headlines for posting a Facebook video in which he accused “the Rothschilds,” the Jewish banking family, of controlling the climate to make money. It was then reported that White had made a $500 donation from his campaign funds to the Nation of Islam’s Saviour’s Day gathering in Chicago, at which the organization’s leader, Louis Farrakhan, made several antisemitic comments.

White apologized for his Rothschilds comment and subsequently sat down with local Jewish leaders to discuss antisemitism. He also visited the U.S. Holocaust Memorial Museum at the invitation of the local Jewish Community Relations Council, but left the museum midway through his tour — a move that upset the council and several D.C.-area rabbis.

White has a colorful history as a politician: He has also appeared to disparage vaccines on social media, and has asked Bowser to declare a state of emergency in his ward to address the area’s disturbingly high homicide rate. Ward 8, in the District’s majority-Black Southeast, has long struggled with chronic poverty and high rates of gun violence.

If White follows through on his mayoral campaign, he would go up against another White: D.C. At-Large Councilmember Robert White Jr. (no relation), who formally announced his candidacy on the same day. The Whites are the only major declared candidates for mayor so far.