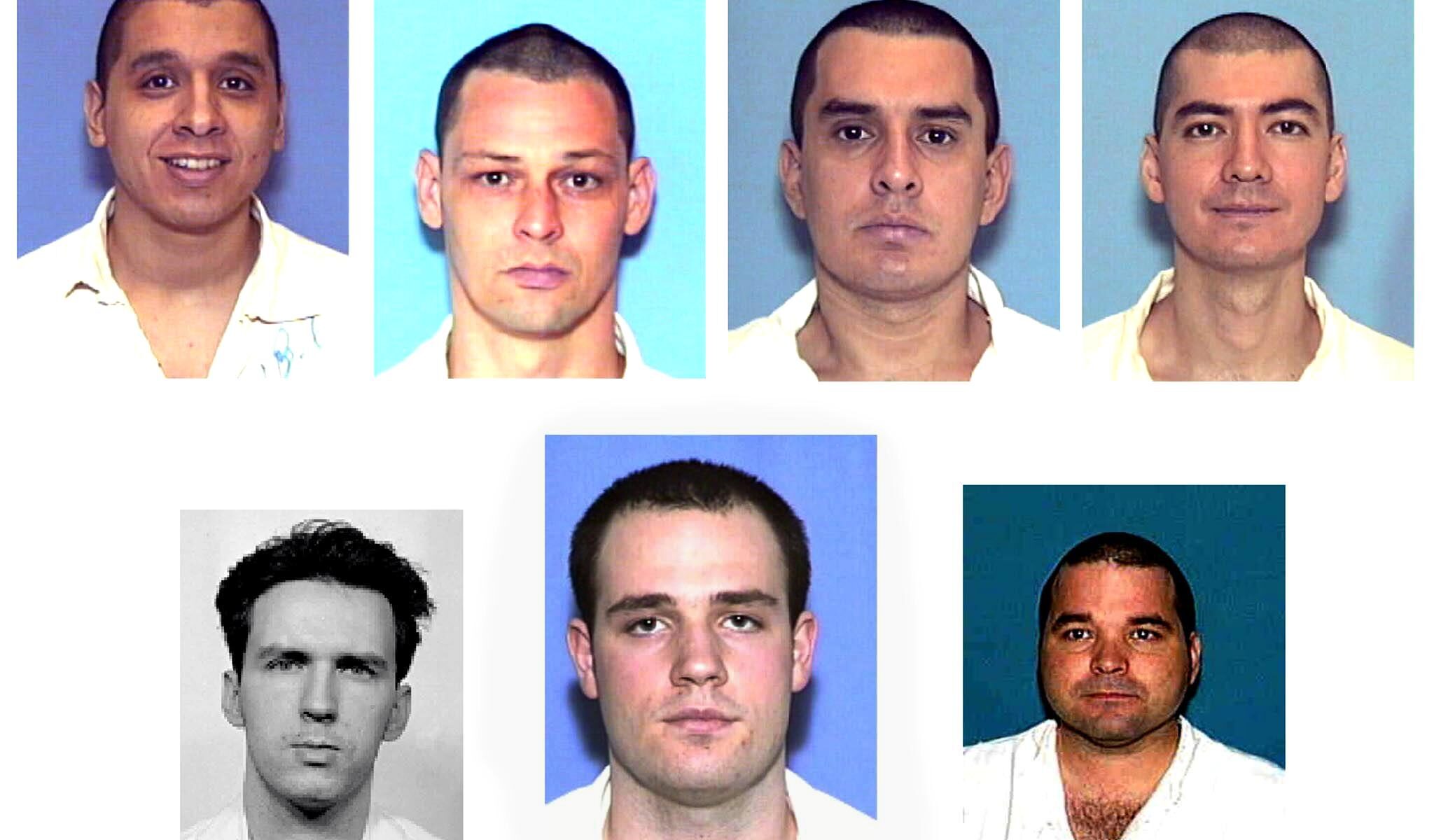 Randy Halprin, bottom and center, was one of seven men sentenced to death over the murder of a police officer. Halprin, who is Jewish, said the judge who sentenced him was an antisemite. (TDCJ/AFP via Getty Images)
Advertisement

(JTA) — A Jewish man who asked for a new trial on the grounds that the judge who sentenced him to death was antisemitic will be granted a new trial.

Randy Halprin, 44, was originally set to be executed on Oct. 10, 2019 but won a stay from the Texas Court of Criminal Appeals after he alleged that the judge who presided over his 2003 murder trial was biased against Jews and referred to him using anti-Semitic slurs, including “f—in’ Jew” and “k-ke.”

The stay sent Halprin’s case back to Dallas County, where Judge Lela Lawrence Mays heard Halprin’s arguments in June and this week issued a decision granting Halprin a new trial.

“Judge Vickers Cunningham possessed anti-semitic prejudice against Halprin which violated Halprin’s constitutional right to a trial in a fair tribunal equal protection, and free exercise of religion,” Mays wrote in her decision.

Halprin was serving a 30-year sentence for harming a child when he and six other inmates attempted to escape from prison. A police officer was killed during the attempt, and each member of the group, which came to be known as the “Texas 7,” was sentenced to death. Halprin claimed in his trial that he never fired his gun.

The judge who presided over the original case, Vickers “Vic” Cunningham, has been accused of using several antisemitic and racist slurs and, according to the Dallas Morning News, set up a trust fund for his children on the condition that they marry white Christians of the opposite sex. Court documents quoted a childhood friend of Cunningham’s who said the judge “took special pride” in sentencing the Texas 7 to death “because they included Latinos and Jews.”

Several Jewish groups got involved in Halprin’s case in recent years as he sought a new trial. The American Jewish Committee, Central Conference of American Rabbis, Men of Reform Judaism and Union for Reform Judaism were among those filing a joint amicus brief in support of Halprin’s 2019 appeal, and more than 100 Jewish lawyers in Texas signed on.

The brief made the case that the appeal was not about Halprin’s guilt, but about Cunningham’s antisemitism.

“[T]hose issues are irrelevant, because questions of guilt and punishment follow a fair trial; they do not precede it,” it said. “And if Judge Cunningham is the bigot described in the application, a fair trial has not yet happened.”