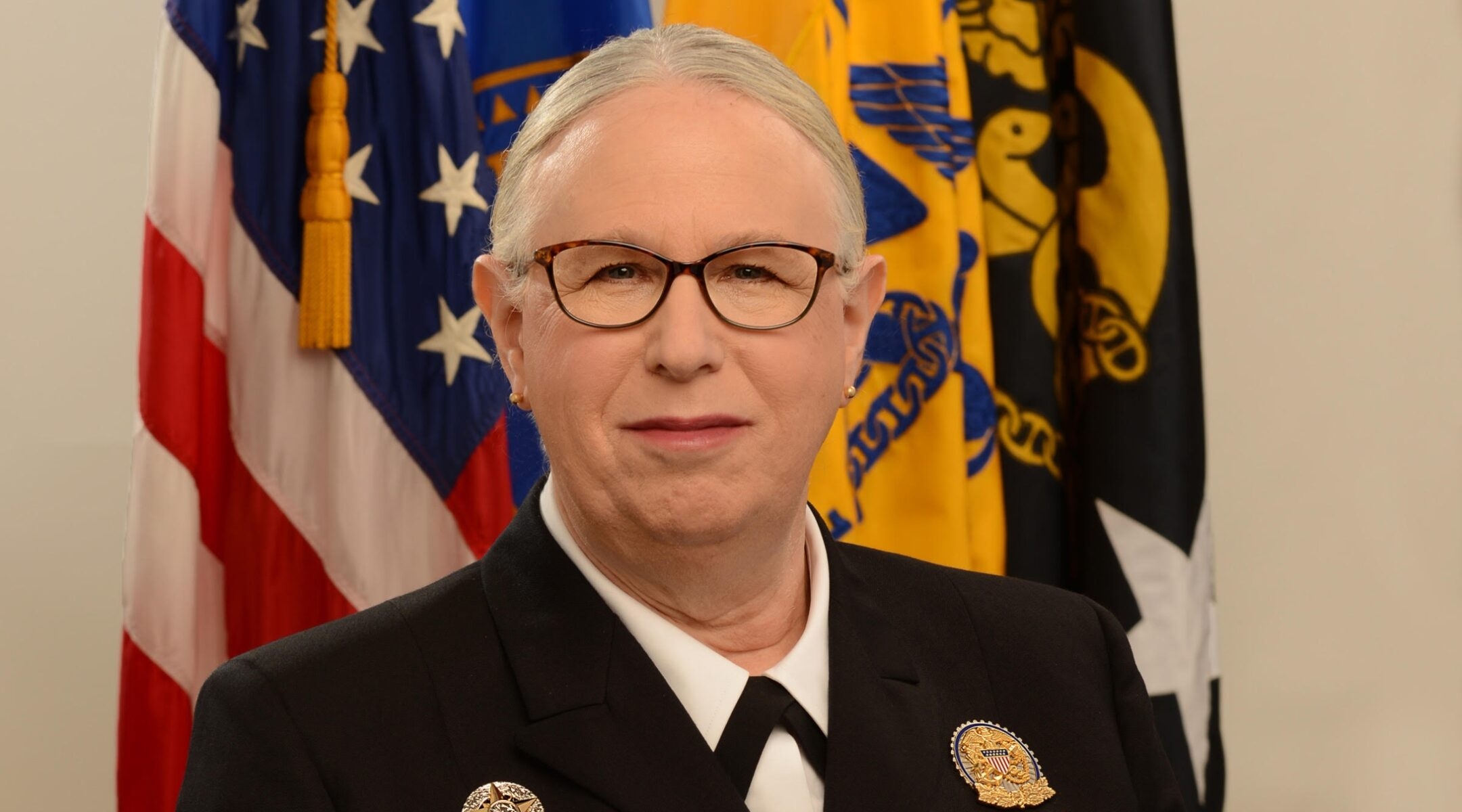 WASHINGTON (JTA) –Rachel Levine made history in March when she assumed the role of assistant secretary for health, becoming the first known transgender person to be confirmed by the Senate.

Now Levine, who is Jewish, is the most senior transgender person in the uniformed services, after she was sworn in on Tuesday as the admiral of the U.S. Public Health Service Commissioned Corps, one of two nonmilitary U.S. uniformed services. The other is the National Oceanic and Atmospheric Administration Commissioned Officer Corps.

The public health corps, established more than 200 years ago and numbering 6,000 workers, is deployed to assist in national health emergencies, most recently in helping to prevent the spread of the COVID-19 pandemic. Levine, in her previous position as the health secretary in Pennsylvania, earned accolades for stemming the spread of the virus in that state.

Levine told The Washington Post that she plans to wear the uniform immediately.

“This is a momentous occasion and I am honored to take this role for the impact that I can make and for the historic nature of what it symbolizes,” she said in a video message after the swearing-in. “I stand on the shoulders of those LGBTQ+ individuals who came before me, both those known and unknown.”

Levine, 63, was born and raised in Massachusetts. Speaking to the Pittsburgh Jewish Chronicle upon becoming Pennsylvania’ physician general in 2015, Levine noted that though she grew up attending a Conservative synagogue, she became more inclined to Reform Judaism as an adult, in part because of the movement’s embrace of transgender people.