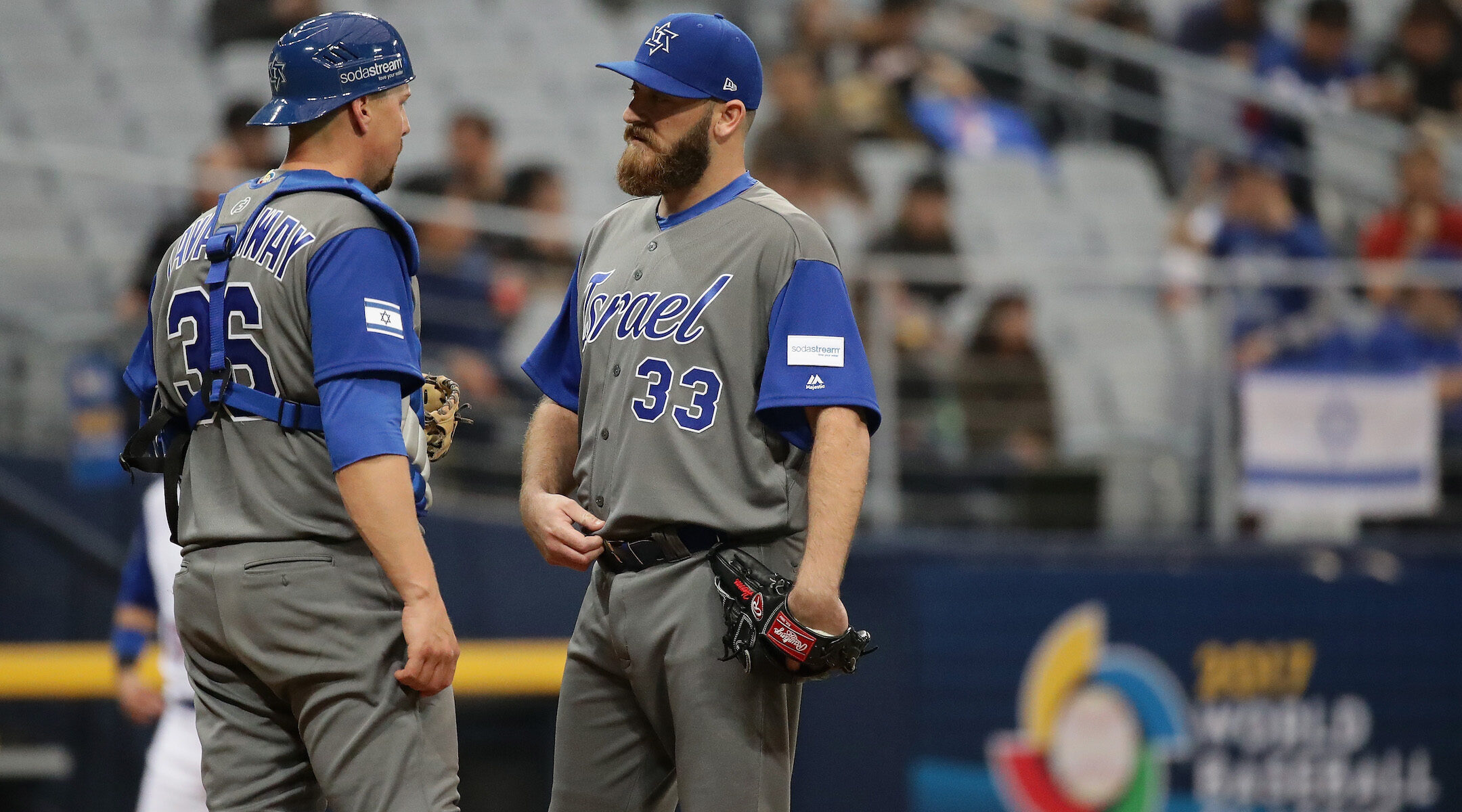 (JTA) — Tyler Herron, a former major league baseball prospect who pitched for Team Israel during their Cinderella run in the 2017 World Baseball Classic, died this week at 35.

No cause or exact date of Herron’s death have been reported. Several of the minor league teams he played for posted tributes to Herron on social media on Thursday.

We mourn the loss of Tyler Herron.

The West Palm Beach native and former Palm Beach Cardinals pitcher passed away at the young age of 35.

The @Cardinals 2005 first-round pick will surely be missed. Our thoughts and prayers are with the Herron family and those closest to Tyler pic.twitter.com/0eCgkA45Ei

Herron, who grew up in Florida, had a Jewish father and grandmother. He appeared in three games during the 2017 World Baseball Classic and called it “the best experience I’ve ever had in baseball.” Team Israel finished sixth in the international tournament, despite being ranked outside of the top 40 countries in the world before entering.

Team Israel Baseball posted a note on social media on Thursday: “He is remembered fondly by all his teammates and coaches from Team Israel. Israel Baseball sends its deepest condolences to Herron’s family and loved ones.”

A native of West Palm Beach, Herron was a standout high school pitcher. During his senior year, the right-hander led the country with a 0.25 earned run average, striking out 81 batters in 57 innings.

He was drafted by the St. Louis Cardinals in the first round of the 2005 Major League Baseball draft, and in 2007 was ranked by Baseball America as the organization’s 10th best prospect. But he never made it to the major leagues.

During a 16-year career, Herron played for several minor league teams in multiple organizations, as well as in foreign and independent leagues — including in Puerto Rico. The head of the Puerto Rico Players Association told El Nuevo Dia that an investigation into Herron’s death is underway.

This year, Herron pitched for the Fargo-Moorhead Redhawks of the independent American Association league, his fourth separate stint with the team.