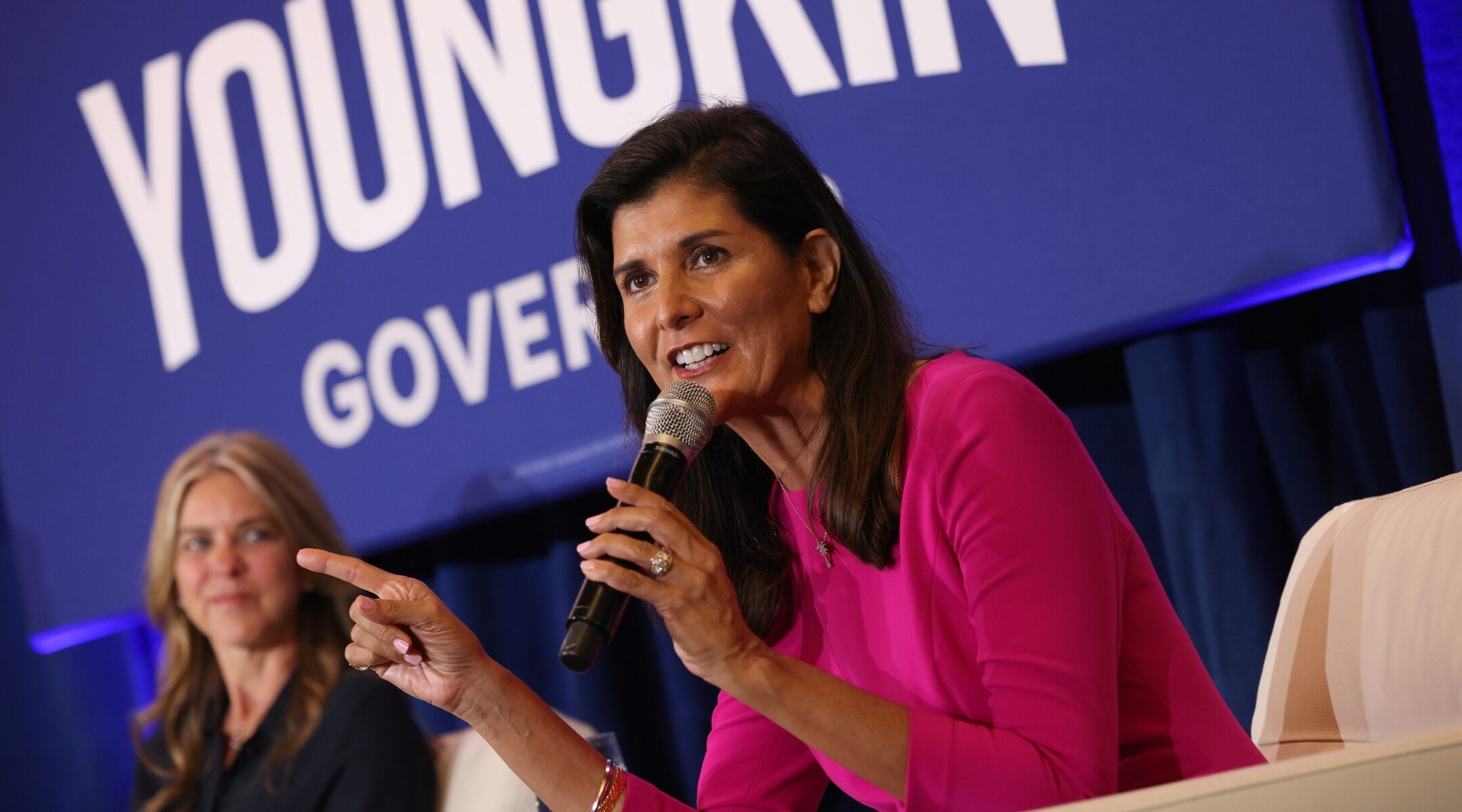 LAS VEGAS (JTA) — Nikki Haley, among the most popular likely 2024 presidential contenders in the pro-Israel community, sharply criticized AIPAC for what she said was its overemphasis on bipartisanship in its outreach to Democrats.

“But there’s one thing I don’t get and I’m not saying anything to you that I have not said to their leaders,” she said. “Why do they invite politicians to their conference who strongly support the Iran nuclear deal?”

Haley’s question drew applause from the RJC crowd, which disdains the deal that President Barack Obama struck in 2015 to relieve sanctions on Iran in exchange for limits on the country’s nuclear program. Republicans and Israeli leaders oppose the deal, which Trump exited in 2018, because they prefer harsher means to limit Iran’s nuclear potential. Democratic President Joe Biden wants to rejoin the deal.

Haley said AIPAC takes its principle of bipartisanship too far. “I want all Democrats to support Israel as much as Republicans do,” she said. “But if you make bipartisanship the whole reason for existence, then you lose sight of the policies you’re fighting for in the first place.”

Haley’s chiding of AIPAC was notable because she is a moderate Republican who is likely to run for the GOP presidential nomination in 2024.

GOP moderates have often joined with Democrats on stage at the lobby’s annual conferences to underscore bipartisan support for Israel. But in an increasingly polarized environment, the lobby is struggling to maintain the bipartisan balance that has been its defining characteristic and contributes to its status as one of the most influential lobbies in Washington.

An AIPAC spokesman declined to comment on Haley’s speech.

Republican right-wingers have for years said a drift away from Israel among some Democrats makes AIPAC’s bipartisanship obsolete. Among the most prominent of AIPAC’s right-wing critics was Sheldon Adelson, the billionaire RJC benefactor who died earlier this year and who once said that he poured money into the Israeli American Council in part because he believed AIPAC was not forceful enough in pushing pro-Israel policies.

Haley had to urge the RJC crowd to applaud AIPAC when she mentioned the group’s name.

At the same time, a number of progressives have in recent years called on Democrats to boycott AIPAC.

Haley speaks frequently to AIPAC conferences and is hugely popular there for her many actions at the United Nations that aligned with the policies of the Israeli government at the time, including quitting the U.N. Human Rights Council and other agencies, pulling funding from UNRWA, the agency that administers to Palestinian refugees and their descendants, and penalizing countries that did not vote with the United States on Israel related measures.

“I have spoken at AIPAC events many times and they’ve always been unbelievably supportive to me,” she said. “If a politician supports the disastrous Iran deal, opposes moving the American embassy to Jerusalem, and is embraced by antisemites who support the BDS movement,” the movement to boycott Israel, “then your pro-Israel group should have absolutely nothing to do with him.”

AIPAC has striven in recent years to rebuild relations with Democrats who backed the Iran nuclear deal. AIPAC also does not count any lawmaker out in its lobbying.

However, AIPAC has never invited to speak at its conferences lawmakers who are close to the boycott-Israel movement, and although some Democrats questioned the timing of Trump’s move of the embassy to Jerusalem, most supported the move in principle.

The RJC conference in La Vegas, at the Adelson-owned Venetian resort, is the first since it was forced to cancel its 2020 conference because of the pandemic. Haley was among a number of speakers who are likely viers for the 2024 GOP nod, among them former Vice President Mike Pence; Texas Sen. Ted Cruz; and former Secretary of State Mike Pompeo. Trump spoke by a recorded video message.