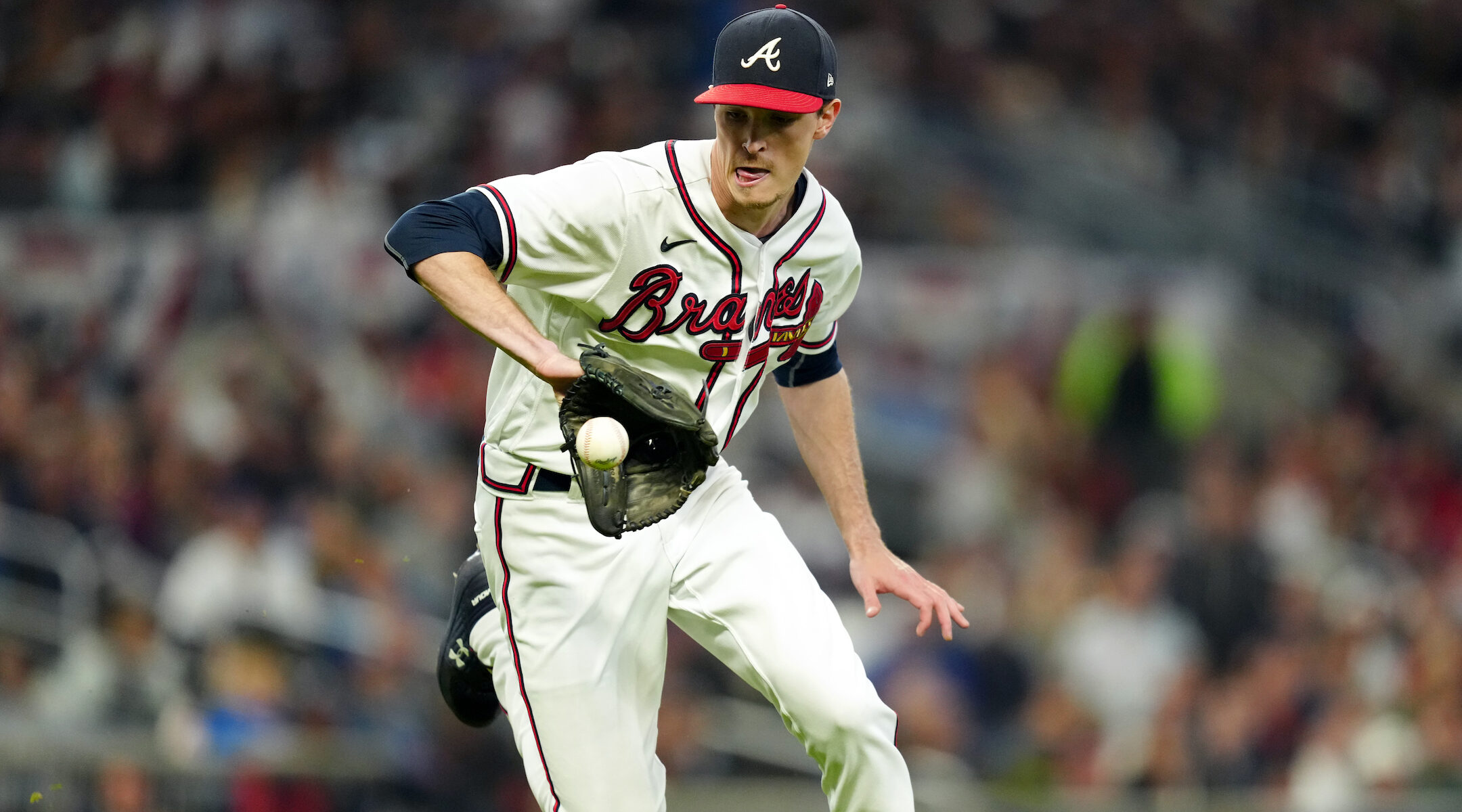 (JTA) — Max Fried is having quite a month.

The Jewish star pitcher won his second straight Gold Glove Award, given to the best defensive player at each position in each league, on Sunday night, five days after he pitched the Atlanta Braves to the franchise’s first World Series championship in 26 years.

The 27-year-old left-hander beat out fellow finalists Zach Davies of the Chicago Cubs and Zack Wheeler of the Philadelphia Phillies for the award.

Since he became a full-time starter in 2019, Fried leads all big-league pitchers with 16 defensive runs saved, a metric that measures the number of runs a player saves or costs his team compared to an average player. He led all National League pitchers with 6 DRS in 2021.

Fried has also gained a reputation for his strong pickoff move — which involves throwing to a base to catch a player with a long lead. He ranked second in the NL with six pickoffs in 2021.

Fried joins Atlanta Hall of Famers Greg Maddux and Phil Niekro as the only Braves pitchers to win multiple Gold Glove Awards. Maddux is the all-time MLB Gold Glove leader with 18, including 10 consecutive wins as a member of the Braves. Niekro, known for his legendary knuckleball, won five.