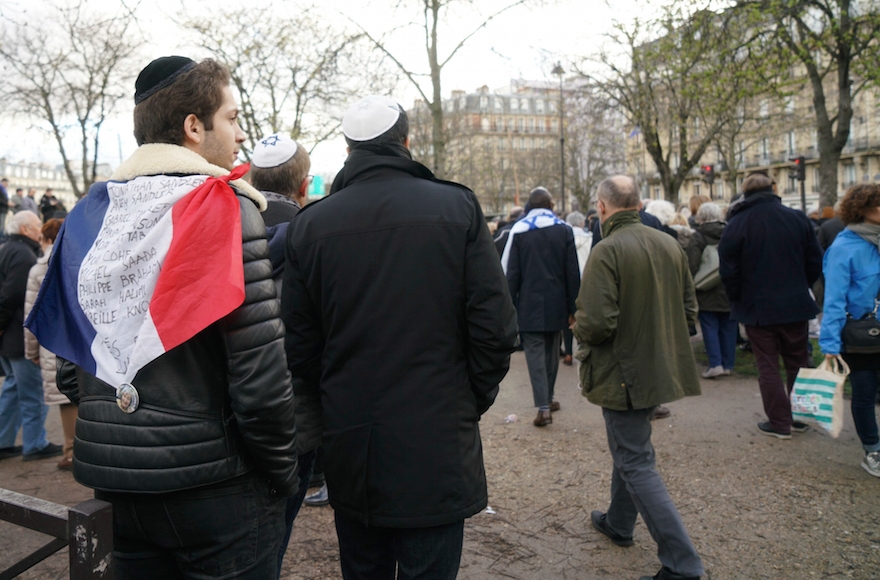 (JTA) — A French court sentenced a man to life in prison for what it termed the antisemitic murder of a Holocaust survivor in Paris in 2018.

The murderer of Mirelle Knoll, Yacine Mihoub, will be eligible for parole in 22 years, according to the ruling Wednesday by the Criminal Tribunal of Paris, AFP reported. An accomplice of his, Alex Carrimbacus, was sentenced to 15 years for theft aggravated by a hate crime for their actions in 2018.

The charred body of Mireille Knoll, 85, was discovered in her apartment on March 23, 2018. Knoll, who escaped deportation to a Nazi death camp when French police rounded up Jews in Paris in 1942, was stabbed 11 times before her apartment was set ablaze by the perpetrators.

In the verdict, the two men’s crimes were found to have been antisemitic because they targeted Knoll out of the belief that robbing and killing her would be lucrative because she is Jewish.

Knoll’s burder provoked an outcry by French Jews, including a protest march through Paris organized by Jewish community leaders in which 10,000 people participated.

Her murder occurred about a year after the slaying of Sarah Halimi, a Jewish physician, by a neighbor who shouted about Allah as he killed her. The killer in that case, Kobili Traore, did not stand trial because a judge found that he was suffering a psychotic episode induced by the consumption of marijuana. That ruling, which ended with Traore being admitted to a psychiatric institution, sparked a wave of protests by French Jews.

Knoll’s family said they deemed the sentences imposed on her murderer and robber to be fair, AFP reported.