A Black American became a basketball star in Israel in the 1970s. ‘Aulcie’ tells his story. 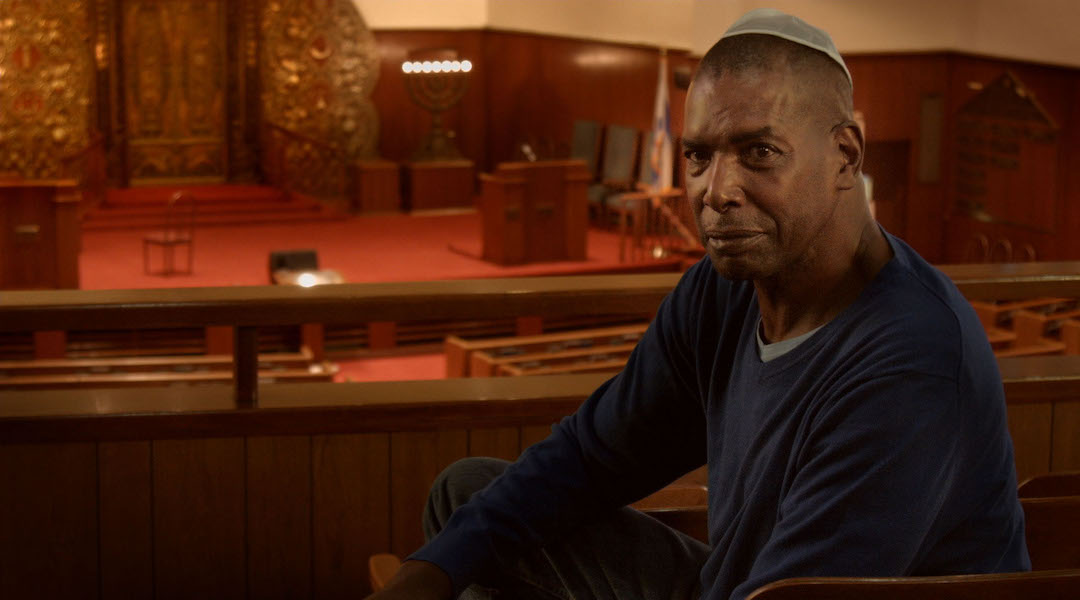 Aulcie Perry is interviewed for a new documentary about his life as a star player for Maccabi Tel Aviv. (Hey Jude Productions)
Advertisement

(JTA) — To Israelis who were around in the 1970s and ’80s, Aulcie Perry was “Michael Jordan and Kareem Abdul-Jabbar rolled into one,” the viewer is told in the documentary “Aulcie.”

Director Dani Menkin’s portrait of the unlikely Israeli superstar basketball player — which is produced by Nancy Spielberg and opening in general release in Los Angeles, New York and video-on-demand after a couple of years on the Jewish film festival circuit — might not be anywhere near the quality level of Jordan’s own docuseries “The Last Dance.” But for Israeli hoops aficionados, the curiosity factor alone might make “Aulcie” worth a look.

It’s a familiar rags-to-riches story with a Jewish twist: Perry, a Black American basketball player who grew up poor in Newark, is cut from the New York Knicks but finds a new lease on the game when an Israeli scout recruits him to join Maccabi Tel Aviv. From 1976 to 1985 he is Maccabi’s star attraction, bagging the team two EuroLeague and nine Israeli League championships, among other honors.

He also achieves celebrity status in Israel, hitting up “all the discotheques” and entering a years-long relationship with supermodel Tami Ben-Ami. Perry’s love for his adopted land even leads him to enlist in the Israeli Defense Forces, convert to Judaism and adopt the Hebrew name Elisha ben Avraham. (His journey would go on to inspire other non-Jewish African-American players to do the same.)

Eventually Perry loses it all to drugs: A heroin addiction threatens his basketball career before drug possession and conspiracy charges derail it altogether. Upon his ignoble return to the States, he serves several years in prison; sprung early by Israeli officials to attend a TV show honoring his mentor, he moves to Israel permanently to rebuild his life as a coach with glimmers of his former celebrity.

These details of Perry’s life are portrayed onscreen with his full participation, and Jewish sports nostalgists will be happy to see him alive and well. But at 71 years old, he shouldn’t have to be carrying the team anymore — and yet that’s what winds up happening with the documentary, which can’t assist him when it comes to grounded cinematic storytelling.

Menkin is a veteran documentarian best known for his 2005 feature “39 Pounds of Love,” which won Israel’s Ophir Award for Best Documentary and was shortlisted for an Oscar — and later received a scathing review from Roger Ebert, who said the film “feels uncomfortably stage-managed, and raises fundamental questions that it simply ignores.” That same sense of stage-managing and halfhearted question-raising also applies to “Aulcie,” which makes little effort to explore the interiority of its star, the controversy his conversion sparked in Israeli society or the complexities of the bond he shared with his teammates and friends in Israel (there are some wisecracks about culture clash, but they carry no weight).

The film is framed around Perry’s attempts to reconnect with a daughter he’s never known, a journey that feels both truncated and manufactured for our benefit. Meanwhile, Menkin also dodges any serious discussion of race or outsiderness; at different points the viewer is told both that there was “no racism” in 1970s Israel, and that most Israelis assumed any tall Black man they met was Aulcie Perry. Elsewhere, an Israeli comedian jokes that to replicate Perry’s height, he would have to “take two Yemenites” and “weld them together.” An incident where Perry and another Black teammate get into a fistfight with Real Madrid fans is barely mentioned, except in the context of its historic import (“this was decades before the Malice at the Palace!”, we’re told, referring to a notorious NBA brawl).

Elsewhere, the film’s style becomes comically overwrought — an incessant, blaring musical score accompanies scant archival footage of Perry’s playing, digitally doctored to appear aged and wiped away with iMovie-level effects. B-roll, the lifeblood of any documentary, is in short supply here; narration about Perry’s gifted basketball ability as a youth is bizarrely accompanied by present-day footage of him shooting hoops as a septuagenarian.

The strongest interpersonal relationship we glimpse is that between Perry and Shmulik “Shamluk” Machrowski, Maccabi Tel Aviv’s gregarious general manager, who first recruited him. That Israeli TV show Perry attends toward the end of the film is for Machrowski, and the scene of them embracing after Perry’s decade-long fall from grace is indeed touching. Perry continues to enjoy sports legend status in Israel, and a more honest consideration of his journey to this point would have made for a better film.