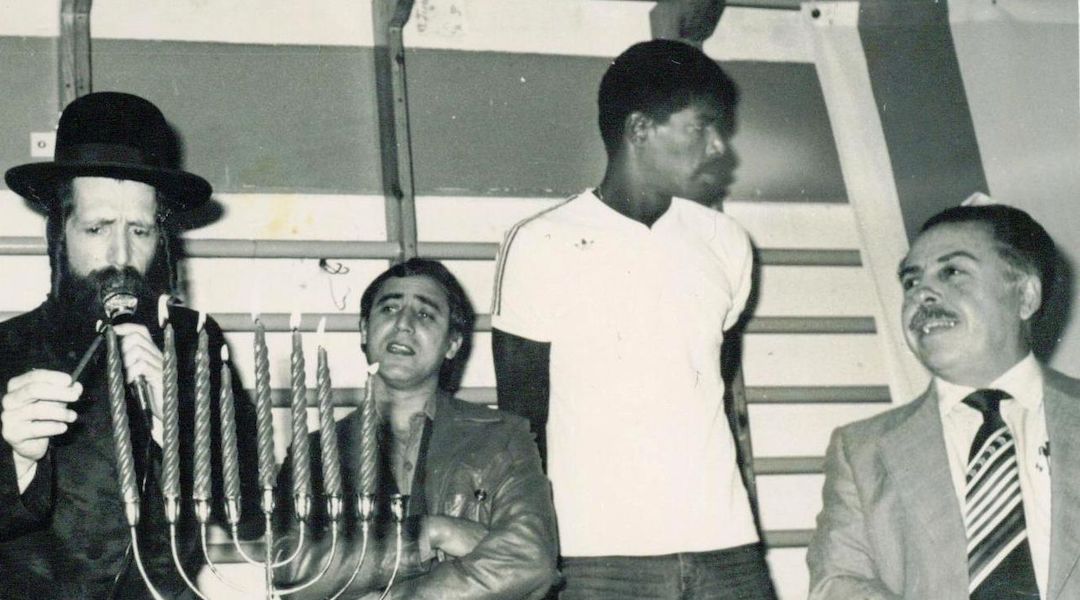 Aulcie Perry, the Black star of the Maccabi Tel Aviv basketball team, who led that team to the European Cup Championship in the early spring of 1977, advised the writer by telephone that he is converting to Judaism. Perry led the Maccabi Club to the European title the same night former Premier Yitzhak Rabin announced his resignation from office.

The airwaves were so cluttered with news of the basketball victory that Rabin was forced to delay his resignation until he could secure time for radio and television coverage. The populace was so jubilant over the great victory spearheaded by Perry that it chanted “Perry for Prime Minister,” all night long.

Perry, a studious 6’ll, soft spoken individual, has been mulling over the idea of conversion for the last year, he advised me. In answer to my questions, he disclosed, “I intend to reside in Israel permanently and feel very strongly about the people there and have already purchased a 6-1/2 room apartment which is nearing completion in North Tel Aviv.

“I have been studying the Bible and will shortly commence a comprehensive review of Jewish laws and customs under the guidance of a rabbi in Queens, New York. I visit him two or three times a week.” I then asked Perry if he realized the Israel rabbinate was very strict in the matter pertaining to conversion.

FIRM IN HIS CONVICTIONS

“I know all about that, as a matter of fact my rabbi-teacher has tried several times to dissuade me from making this change,” Perry replied. “I am aware of the fact that it is mandatory for the rabbi to try to convince a proselyte not to convert and he has to admonish that individual several times. Every time I have visited my teacher, he has tried to persuade me against this move, but, I am firm in my convictions that I want to join the fold. I am circumcised already and know that eventually I shall go through a religious procedure at the mikvah.”

In the event that Perry goes through with the conversion, he will become the second Maccabi team member to go this route. Previously, Jim Boatwright converted after playing for the club for a period of some three years.

It is Perry’s intention to move back to Israel early in September, at which time he will start learning Hebrew at an ulpan. He hopes to meet with an Orthodox rabbi in Tel Aviv, who will help carry out the conversion procedure.