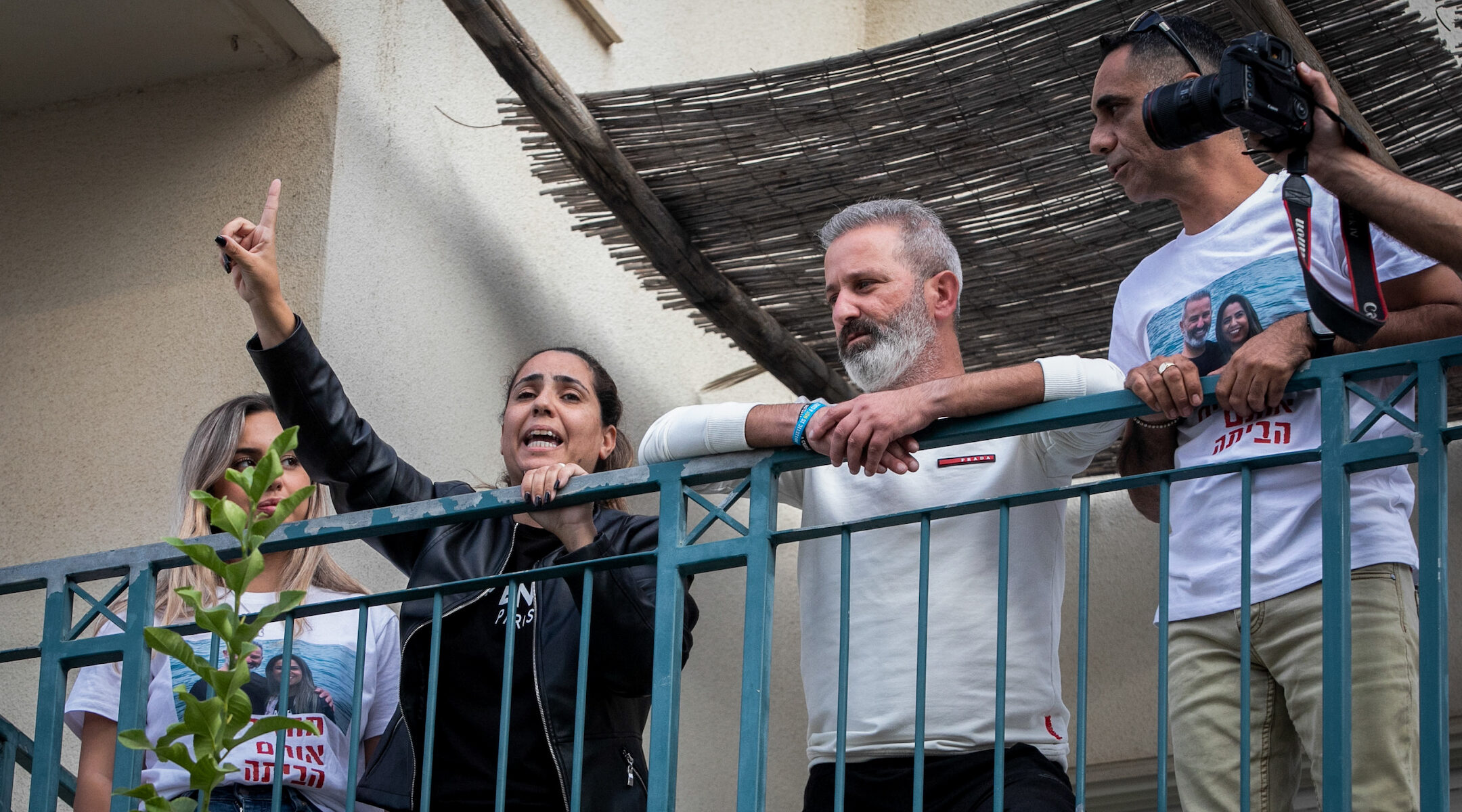 Natali and Mordi Oaknin, an Israeli couple who had been jailed for photographing the Turkish president's palace, seen after their arrival in their home in Modiin, Israel, Nov. 18, 2021. (Yossi Aloni/Flash90)
Advertisement

(JTA) — An Israeli couple who were detained by Turkish police for eight days because they were suspected of being spies have been freed.

Natali and Mordy Oknin were arrested last week on suspicion of espionage after taking a photo of the presidential palace in Istanbul and sending it to family in Israel. Their family feared the couple could be held for the long term after a Turkish judge ordered the couple held for an additional 20 days, but the couple was released from prison Thursday morning and flew home on a private jet chartered by the Israeli government.

The couple thanked Israeli government officials for working to free them at a press conference outside their home in Modiin Thursday.

“We want to thank all the people of Israel who supported our country and family. Thank you to Prime Minister Naftali Bennett, Foreign Minister Yair Lapid, President Isaac Herzog,” Natali Oknin said, according to The Times of Israel. “We were jailed for eight days and nights — our own private Hanukkah miracle occurred. And today we returned home to our family and to our children.”

Israel and Turkey currently do not have ambassadors in each other’s capitals and have had strained relations in recent years.