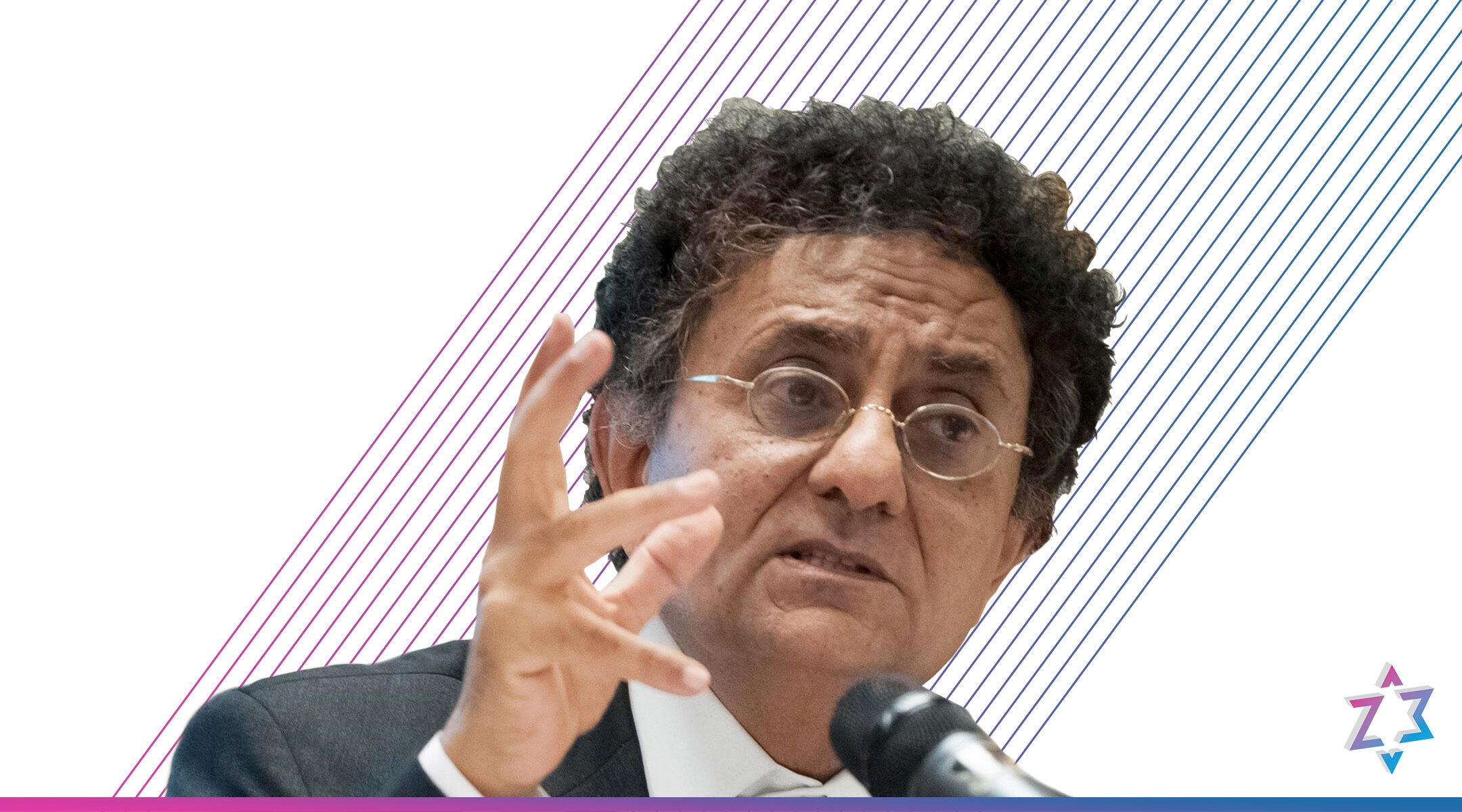 Ben-Dror Yemini is a journalist on a mission to report the facts. You’d think that would be a basic job description for any journalist, but when it comes to reporting on Israel, the search for the truth can often be a rare exception. Media bias against Israel, including the false claims of “apartheid” and other crimes against Palestinians, is deeply woven into the narrative consumed by most Americans—most glaringly in the New York Times, Yemini says.

Yemini is the first to admit that he has no magic formula to undo the damage caused by media bias—except to print the truth. No, he says, that does not necessarily mean printing only positive things about Israel. It means helping people formulate their opinions about what kind of society Israel is, faults and all, based on facts. If the facts were as well-known as the falsehoods, he says, then that would go a long way toward dispelling some misunderstandings that Israeli and diaspora Jews may have toward one another.

In this interview, we discussed what those misunderstandings are and how they can be addressed.

First of all, what do you plan to speak about at the conference?

Mainly about the information gap between Israel and the diaspora. Unfortunately, the two sides—if we can call it two-sided because, in many ways, I think that we are in the same boat—have a kind of information gap, meaning what we are exposed to here in Israel, it’s not what many people in the diaspora are exposed to. Yes, I know we are living in a kind of a global village, and maybe in the diaspora, they read the Sunday newspapers in English from Israel, and we read many newspapers from the United States, but yet, generally speaking, we have a kind of gap of information.

Do you think that that information gap is so wide right now that American Jews are starting to internalize some of the false claims about Israel?

Of course, there’s the story of the Palestinians. According to many Americans, unfortunately, Israel is committing so many crimes, and even if they love Israel, they keep on criticizing whatever Israel is doing. And I’m not speaking about radical organizations, anti-Zionist organizations like the JVP (Jewish Voice for Peace). I’m speaking, generally, about Jews. They are not facing what we are facing. They don’t know the nature of Hamas. They ignore the fact that even the majority of the West Bank supports Hamas, unfortunately. And when they don’t know, they criticize us. Many times, they are not exposed to the realities that we are exposed to. They cannot read it, unfortunately, in the New York Times, which is becoming more and more anti-Israeli. In the universities, it’s much more terrible because what they hear from their professors are mainly lies.

How do American Jews—and particularly college students who are vulnerable—counter this narrative? Genocide, apartheid, ethnic cleansing, colonial settlers? These are the slogans that you read all over social media right now.

Many times when I give lectures, people ask me, “OK, what can we do about it?” I don’t know. I’m a researcher. I’m a journalist. I publish my articles in order to refute the lies against Israel. But I cannot tell you how to change it. I mean, the only thing that I know to do is to publish articles, to give lectures, and to show the facts. I’m not speaking about political views.

Political views are something legitimate—but with one condition, that they are based on facts and not on so many lies disseminated by the professors. It’s becoming much worse because even in many Hillel chapters in universities, they are afraid to deal with the Israeli-Palestinian conflict. I was invited to many Hillel chapters, which just don’t want to deal with this topic. But, if you give them a speaker from one of these anti-Israeli NGOs like Breaking the Silence, they will accept him because they want to be seen as open-minded to any kind of criticism. Yes, but what about the other side?

Do you have a suggested reading list? Obviously, read your work, but who else? Which publications or journalists should we follow to get the truth?

There are many decent articles, mainly in the Jerusalem Post, in the Times of Israel, much less in Haaretz because Haaretz is kind of our New York Times. Also, there’s Ynet News, where I write my articles in English. I cannot change the reading habits of so many people, but I can recommend that you open your mind to other views in order to know the real facts, not the propaganda. People should be mature enough in order to distinguish between propaganda and views that are based on real facts. When they read a New York Times article with a link to 50 or 60 apartheid laws in Israel, they think, well, if there’s a link, then it must be something that is valid. No, it is not. Not one law is an apartheid law. Not even one. It has been totally refuted. But, yes, that’s what they are exposed to, and you read it again and again, you might think that “Wow, Israel is not the country that I loved once.”

The accusations against Israel, like apartheid and genocide, can easily be refuted if you just take a real look at Israel. So what do you think motivates people to print this? Is it antisemitism, or is it something else?

It’s a combination. I mean, something is happening to the United States as a whole. The atmosphere in the United States is totally polarized. Once, there were liberals, and the liberals became progressives, and the progressives became “woke.” And the people who disseminate this kind of knowledge are mainly people in the progressive “woke” elite. So, yes, we are facing a problem. You don’t find many scholars who will teach the real facts about the nature of Israel. But it doesn’t have anything to do with Israel, many times. It has to do with the public mood in the US. It’s because of BLM, critical race theory, and so forth. It has nothing to do with Israel, but there is an impact on how they perceive Israel.

Do you think Israelis could do better in terms of understanding American Jews?

Yes. I’ll tell you why. Because I think that American Jewry is one of the pillars of power for Israel. We need the diaspora; we cannot ignore the diaspora, just as the diaspora cannot ignore Israel. After all, with all the problems, Israel is the Jewish state. But you have to be faithful to the truth. You don’t have to be faithful to Israel. That’s not what we are asking of you. Don’t put Israel above the United States. The United States gave a lot to the Jews, and Jews are doing very well in the United States. What I’m telling you is just one thing. Just remember that in many aspects, we have a lot of common interests. And the support of the United States for Israel is based on common values. Let’s not forget it.

And I do hope that everyone will come to this conference with an open mind in order to learn, in order to be exposed to some new channels, in order to bridge the gaps that still exist between Israel and the diaspora.