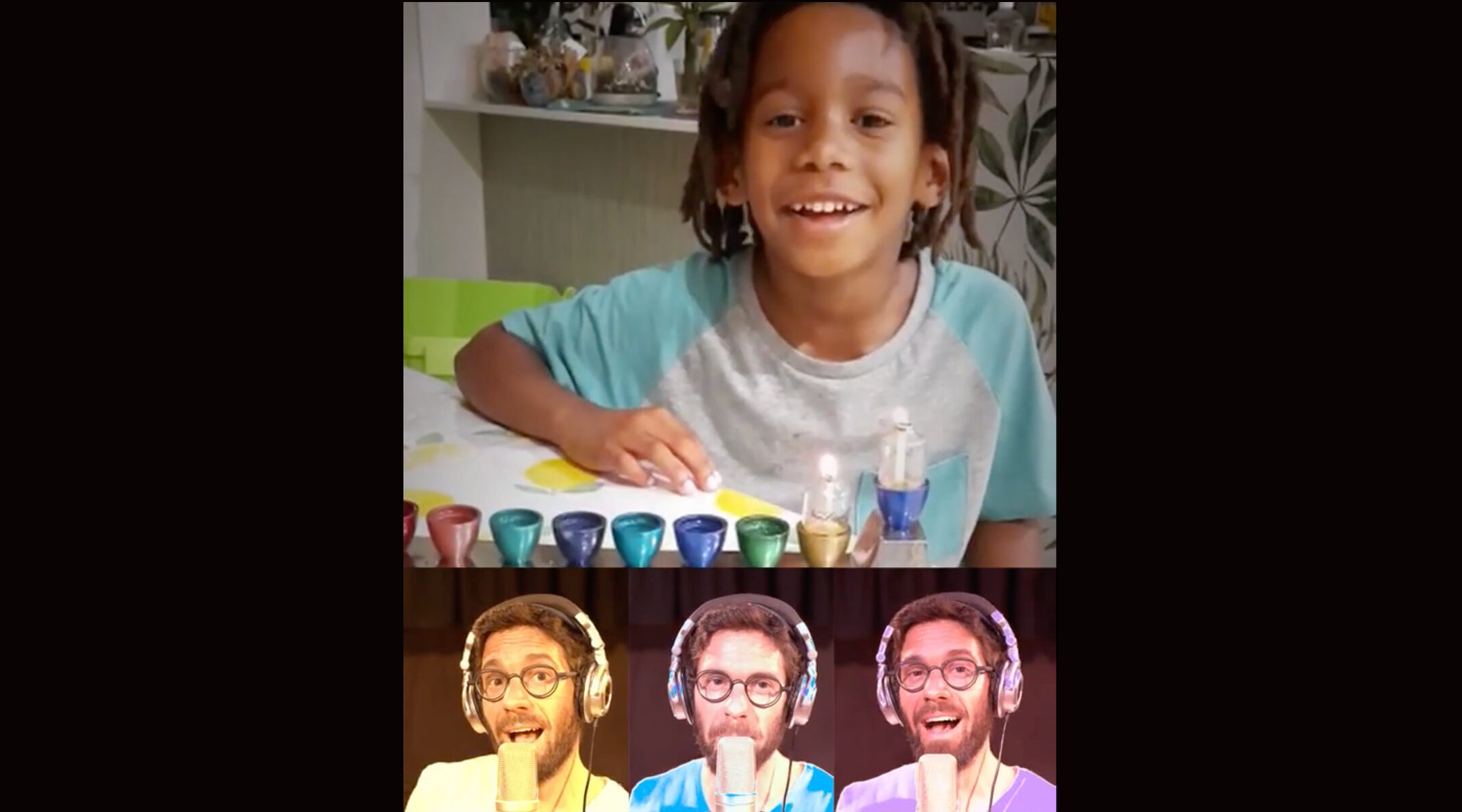 Bibi Shapiro, at top in Australia, sang with Choni Goldman, below in South Africa, in a reprisal of their 2020 collaboration. (Screenshot)
Advertisement

(JTA) — Last year, when he was 6, Bibi Shapiro broke the Jewish internet with his impassioned performance of “Avinu Malkeinu,” the plaintive poem that is recited on Yom Kippur.

This year, the Australia grade-schooler is making a more subtle — but more harmonious — splash for Hanukkah.

Shapiro’s viral fame in 2020, which came as Jews around the world were isolated because of the pandemic, generated an invitation to sing at Yom Kippur services at one of the biggest Reform synagogues in the world and plaudits from Jewish musicians around the world. One of them, a popular singer in Shapiro’s native South Africa named Choni Goldman, even joined him for a Zoom song session.

At the time, Goldman, whose stage name is Choni G and who was the winner of an international Orthodox music competition in 2012, told the Jewish Telegraphic Agency that he hoped to sing with Shapiro again.

“We’ll definitely do more collabing together,” Goldman said at the time. “Happy to grow or nurture his talent — although I’m not sure he needs my help!”

Their new duet dropped last week. Goldman posted a video Thursday of himself and Shapiro singing “Hanukkah, Oh Hanukkah” in harmony. Shapiro is sitting at his kitchen table in front of a multicolored menorah, so his enthusiasm isn’t expressed in the full-body movements of the earlier video. Still, his radiant smile — with a slightly different set of teeth this year — and passion for music are clear as he sings the familiar lyrics; Goldman accompanies with multiple virtual tracks.