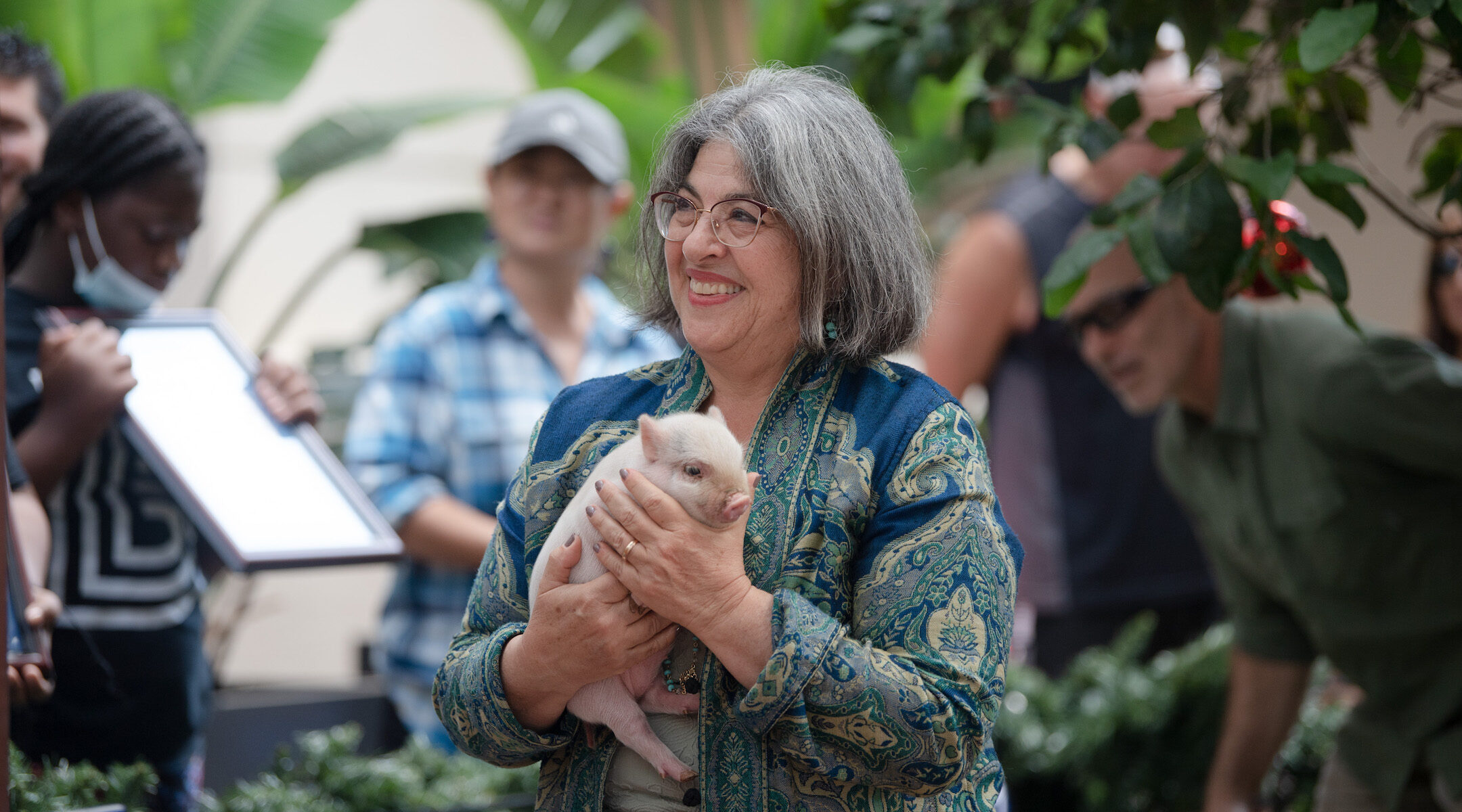 (JTA) — It’s a Christmas miracle: Shlomo the Pig will be spending Christmas in Miami after all.

Shlomo was one of four pigs given a new lease on life Tuesday in a pig-pardoning ceremony that has come to mark the kickoff of Miami’s Christmas celebrations. The ceremony is a local riff on the turkey pardons that American presidents have issued for decades, adapted to reflect Miami’s large Hispanic population.

This year’s pigs — the others were named Manchita, Sakura and David — were raised by Yariv and Asuka Mashav, two Jewish farmers who raise goats, ducks and pigs on their South Florida farm.

The piglets were pardoned by Miami-Dade County Mayor Daniella Levine Cava, who is also Jewish.

“So this may sound like bad news for pork lovers,” Levine Cava said at the ceremony about the pardons, according to NPR. “But it’s a great thing if you’re a pig since your Christmas-related activities in Miami-Dade County primarily include slowly rotating over an open fire.”

After the ceremony, the pigs will move to a foster home where they won’t have to worry about becoming somebody’s dinner. Not that they were ever in much danger.