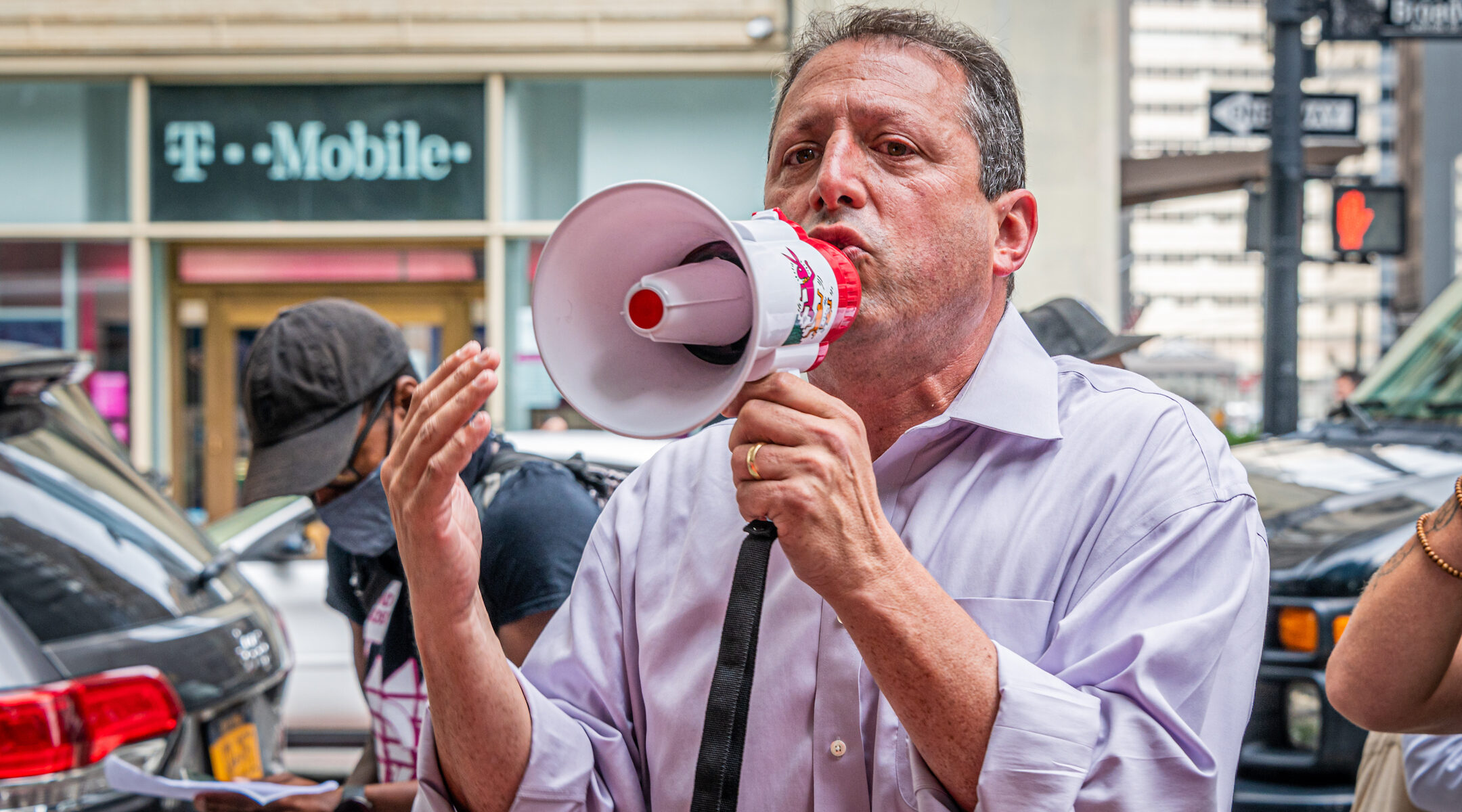 (New York Jewish Week via JTA) — Brad Lander, the incoming New York City comptroller, vowed to do everything in his power to coax Orthodox yeshivas to teach a secular curriculum.

Lander, who is Jewish and a Democrat, discussed the issue Thursday night in a virtual Q-and-A with the New York Jewish Agenda, a progressive policy group he co-founded.

The question of whether haredi, or ultra-Orthodox, yeshivas should be forced to teach math, English and other secular subjects has roiled city and state government for years. The state requires private schools to teach a curriculum that is “at least substantially equivalent” to public school education. Last month, the state announced that it would issue updated regulations relating to that law.

“The state law is very clear that all schools, including private and parochial schools, have an obligation to deliver substantially comparable and competent secular education, especially where the city is contracting with those schools for transportation and books,” Lander said. “It is a responsibility of the city as a whole and the comptroller in particular to be paying attention, and audit and make sure those obligations are being met.”

Supporters of “substantial equivalence” say Orthodox children have a right to a secular education. Opponents say the law infringes on the religious freedom of the yeshivas to teach their students as they wish.

As comptroller — a position he described partly as the city’s “chief accountability officer” — Lander will be able to audit yeshivas and discover which ones are falling short of the state’s standards. But he added that he does not have the power to force them to change their curricula, and hopes to proceed in a way that paves a “pathway to compliance.”

“You try to be strategic in the use of the resources, and the goal of that work is to help win change, not just do a ‘gotcha’ audit that gets a headline on the cover of the Times,” he said. “This is critical. Making sure that all our schools, including our yeshivas, provide the education that our kids need and deserve is part of our job together and one that I’m going to be spending time on.”

Before being elected comptroller this year, Lander served for a decade in City Council, representing a Brooklyn district with a large contingent of liberal Jews as well as some haredi constituents.

“My district has the Jews on probably the furthest left of the spectrum and the furthest right of the spectrum in New York City,” he said, adding later, “I love my [Jewish] practice. That said, I have been enriched as an elected official and as a Jew by my engagement with our frum cousins,” using a term denoting traditional observance.

Lander spent the bulk of the Q-and-A discussing issues of interest to the city as a whole, from policies to combat climate change and encourage renewable energy to advancing school desegregation and his vision for public safety.

He alluded to, but did not directly address, another issue that has split Jewish activists: whether the city should explore divesting from Unilever, the parent company of Ben & Jerry’s. Earlier this year, the ice cream seller announced that it would discontinue sales in “occupied Palestinian territory,” generally understood to be Israeli West Bank settlements.

Along with other states, New York state’s pension fund divested its holdings in Unilever in response to the decision.

The comptroller is the fiduciary of the city’s pension. The outgoing comptroller, Scott Stringer, who is also a Jewish Democrat, said in a statement last month that he opposes the movement to boycott Israel, and that Ben & Jerry’s decision created the “potential for risk” for shareholders. He did not explicitly say whether he thinks the city pension fund should divest from Unilever.

Lander did not say, either — nor was he asked — but he did say that he supports Palestinian rights as well as the security of Israel as a Jewish state. He said he disagrees with some of his Jewish constituents “on how to approach the Israel-Palestine conflict, and supporting the vision of a just and democratic and Jewish Israel but also fighting for the human rights and self-determination of Palestinians.”