For these Orthodox women, balancing demanding careers with family life is worth the challenges 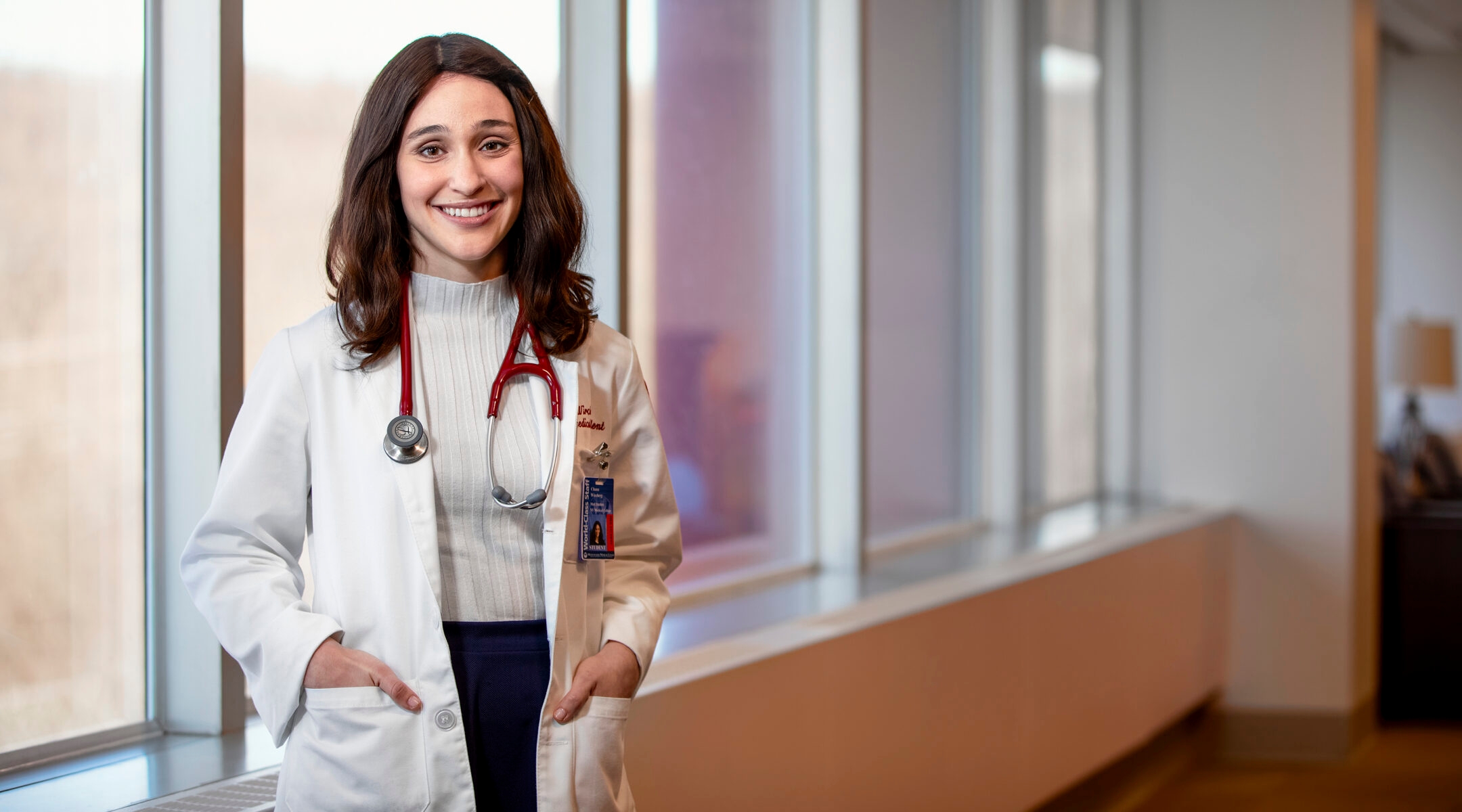 Dr. Chana Wircberg, who grew up in a Chabad Hasidic home and graduated in May 2021 from New York Medical College, sees her work as a physician as part of her religious outreach work. (Courtesy of Touro)
Advertisement

Orthodox Brooklyn native Chana Wircberg always knew she wanted to be a physician.

Shortly after marrying and becoming a young mother, Wircberg made her dream come true, graduating in May from Touro’s New York Medical College. Now 27, Wircberg is in the first year of a residency in internal medicine at the Cleveland Clinic. Her goal is to specialize in oncology.

Wircberg, who is a member of the Chabad Lubavitch Hasidic movement, sees no conflict between her religious outlook and her profession. On the contrary, she sees it as part of her “shlichus” — the Jewish outreach work that Chabad Hasidim consider part of their religious calling.

But growing up in a Hasidic community, Wircberg had no female medical practitioners to look up to as role models.

“I am doing my outreach through my profession and by being a good human being,” Wircberg said. “But it certainly would have been very comforting to have seen someone like me when I was growing up.”

Miriam Abraham, a religious woman who worked for 13 years at Price Waterhouse before recently switching to in-house accountant at the investment firm Tiger Global Management, says it’s critical for Orthodox women to be seen working in professional fields — not just to serve as role models internally, but to represent the community to the world.

“Orthodox women particularly are misrepresented in the media,” Abraham said. “It is important to dispel myths and for people to see what a mainstream Orthodox woman is like — which is much like everyone else.”

Religiously observant women face some particular challenges taking on ambitious careers because they tend to marry and have children at much younger ages than their nonobservant or non-Jewish counterparts. At a time when many of their peers are focused solely on school or work, Orthodox women also may be juggling wedding planning, pregnancies or child-rearing.

Miriam Ivry, 25, says support is essential for working Orthodox women who are also moms. Ivry, who earned her dentistry degree in May, married a fellow student in the first year of the program and gave birth to a baby in the third. She is now a dental resident at New York Presbyterian Queens Dental Clinic. 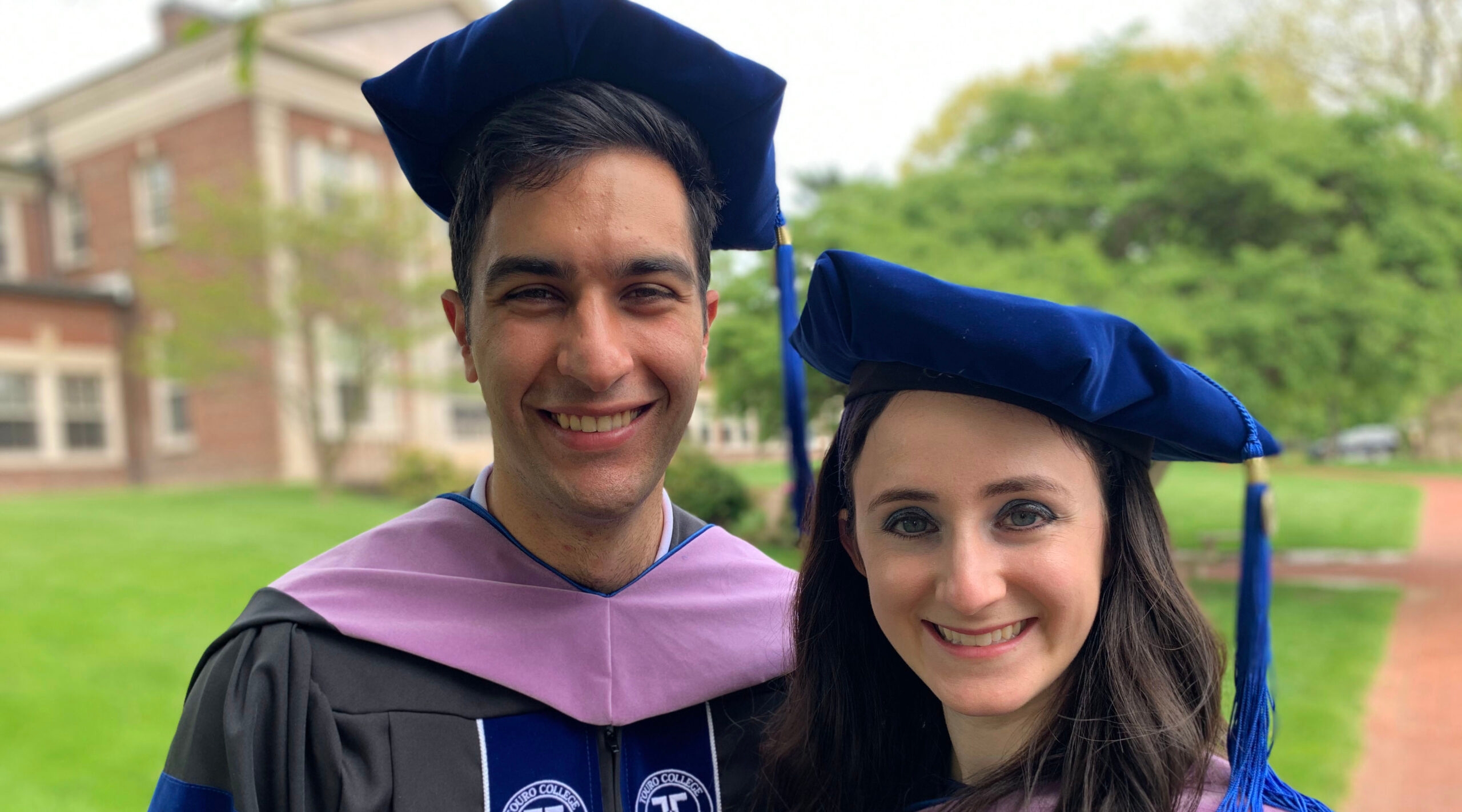 Dr. Miriam Ivry, who earned her dentistry degree at Touro, with her husband, Dr. Daniel Nasimov, at their graduation in May 2021. (Courtesy of Ivry)

“The most difficult year was my last year of dental school since I had a small baby — who barely slept at night — and we moved to Queens, so driving one hour to school and coming home to a newborn while also taking my board exams and finishing competencies in order to graduate was the most challenging year of my life,” Ivry said. “It felt like an emotionally draining roller coaster. But thankfully I got through it and felt super accomplished when I finally graduated.”

Ivry, Abraham and Wircberg all had some extra support during school: They got their degrees within the Touro College and University System, which offers support and accommodations that, for Orthodox students and others, can mean the difference between succeeding in their career of choice and being forced onto a less desired path.

Touro has policies that allow students who are parents to take pre- and post-partum leaves of absence and to reorganize their schedule, provided they complete all their academic requirements within state-mandated timeframes.

“Touro’s mission is to perpetuate Judaism while serving humanity,” said Touro executive vice president Rabbi Moshe Krupka. “We enable young observant men and women to pursue their career goals without sacrificing their observance. It’s baked into everything at Touro: the academic schedules, the course offerings, and the campus environment and lifestyle.”

Now 50 years old, Touro has an estimated 500 Orthodox women in graduate programs and some 1,500 in its undergraduate programs. With classes suspended on Jewish holidays and on Friday afternoons, kosher cafeterias and even the option for single-gender undergraduate classes, Touro’s colleges are designed to accommodate students’ observant Jewish lifestyles.

Krupka says Touro students learn to navigate their religious lifestyle choices so that once they’ve graduated they are empowered with the professional and halachic knowhow to be experts in their field of study, assets in the workplace, and fully engaged and committed observant Jews.

“They are building a stronger Jewish world through their religiously committed lifestyles as they contribute professionally to their communities as leaders,” Krupka said.

Celina Bracha Schoenblum, 32, graduated from Touro in 2015 with a doctor of physical therapy degree. The Orthodox mother of four said professors were accommodating if a child was sick or a babysitter didn’t show up, and she was allowed to make up finals and Zoom into classes when she was post-partum. 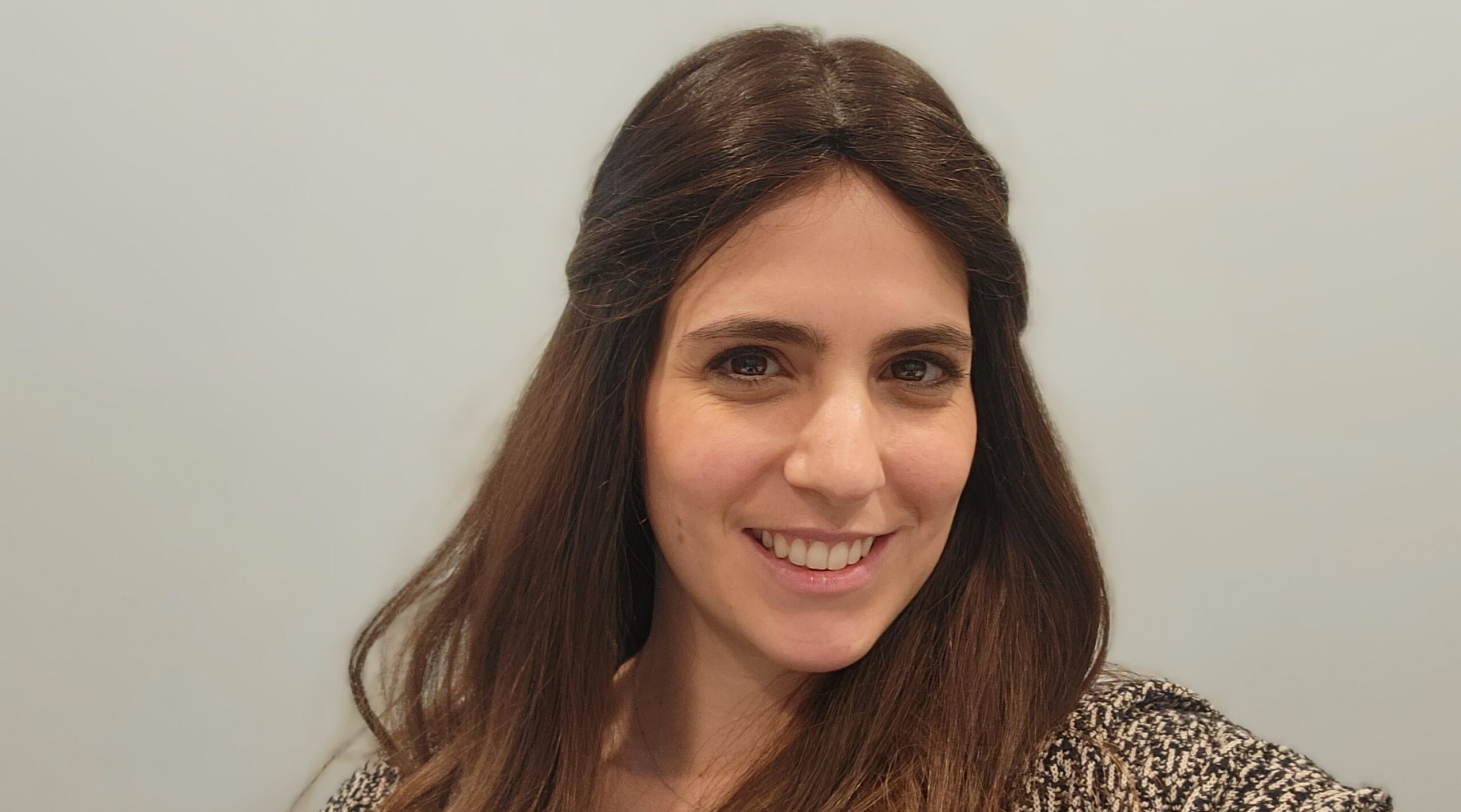 Celina Bracha Schoenblum, an Orthodox physical therapist who specializes in women’s health and is a mother of four, says her own post-partum experience influenced her choice of specialty. (Courtesy of Schoenblum)

Schoenblum specializes in physical therapy and women’s health, which involves working with pelvic floor muscles to address problems during pregnancy and post-partum. Her own post-partum experience influenced her decision.

“The doctors I consulted just didn’t know how to give me the guidance and support I needed,” she recalled. “I felt it was important to raise awareness and access to this specific kind of therapy.”

In 2019, Schoenblum opened her own clinic in Woodmere, New York, which serves mainly women from the local Orthodox Jewish community.

Ivry said she was drawn to dentistry both because of the flexibility dentists can build into their schedules and because she likes the challenging work and creativity.

“I enjoy working with my hands and helping people and there is always something new to learn,” Ivry said. “I am confident that my career path will allow me to work the hours that I desire and also be a capable mom and wife.”

Ivry says it’s possible to have a family and an ambitious career, but you need the right support.

“I want other young women who are looking into different careers to know that they can do whatever they put their mind to,” she said.

Wircberg was married at 21 and had two children while a student at Touro.

“I was concerned about judgmental comments about my putting family first,” Wircberg said. “But that was not the case. My professors congratulated me on the births of my children and allowed me to bring my babies to exams and breastfeed them in a side room.”

She said her career as a physician does not come at the expense of her family.

“Quite the opposite, it adds to my family life,” Wircberg said. “When I am feeling fulfilled and happy, my husband and children feel it, too.  I can be a better mother and wife. As much as I chose this career, I feel that I was placed on this path. And it’s worth it every time I am able to help a patient or a friend who calls for advice in a time of need.”