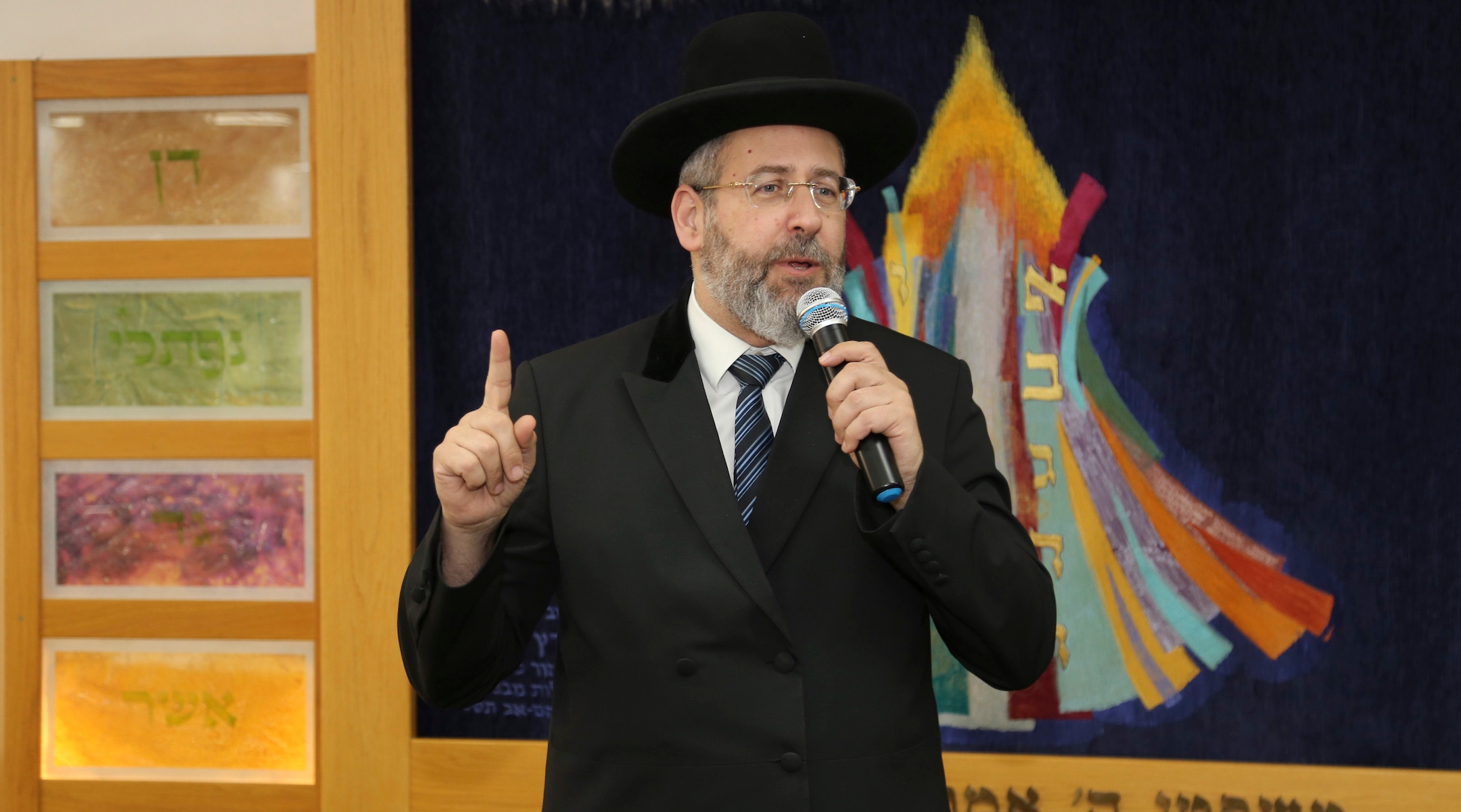 (JTA) — Israel’s Ashkenazi Chief Rabbi David Lau said he would not approve future conversions to Judaism in protest of proposed reforms that would challenge his authority over the process, the Times of Israel reported.

Lau’s statement comes as Religious Affairs Minister Matan Kahana is pushing controversial new reforms to Israel’s conversion system that would allow municipal rabbis to supervise the process rather than leaving sole responsibility to the chief rabbinate. The legislation would also end the tenure of the current head of the conversion authority, Moshe Veller.

In a letter to Prime Minister Naftali Bennet, Lau wrote that if the reforms move forward and Veller’s tenure is not extended, “​​I will be forced to declare myself no longer responsible for anything to do with conversions.”

He added that the reforms have the potential to cause an “irreparable” split among the Jewish people: “two states for two peoples, divided Judaism instead of united Judaism.”

Finance Minister Avigdor Liberman warned Lau Wednesday that his threat to freeze conversions “is not appropriate to the status of the chief rabbi, and may lead to proceedings being taken to end his term.”

A vote on the legislation has been delayed until further notice, as not enough support was garnered to support it, the Times of Israel reported Wednesday.

Haredi Orthodox politicians and leaders have dominated religious affairs in Israel for decades. The government coalition that ousted Benjamin Netanyahu earlier this year, made up of a wide range of parties that does not include haredi ones, is pushing to reform how religion is intertwined with public life on multiple fronts.

RELATED: Israeli restaurants are changing their kosher certification — and signaling a religious revolution