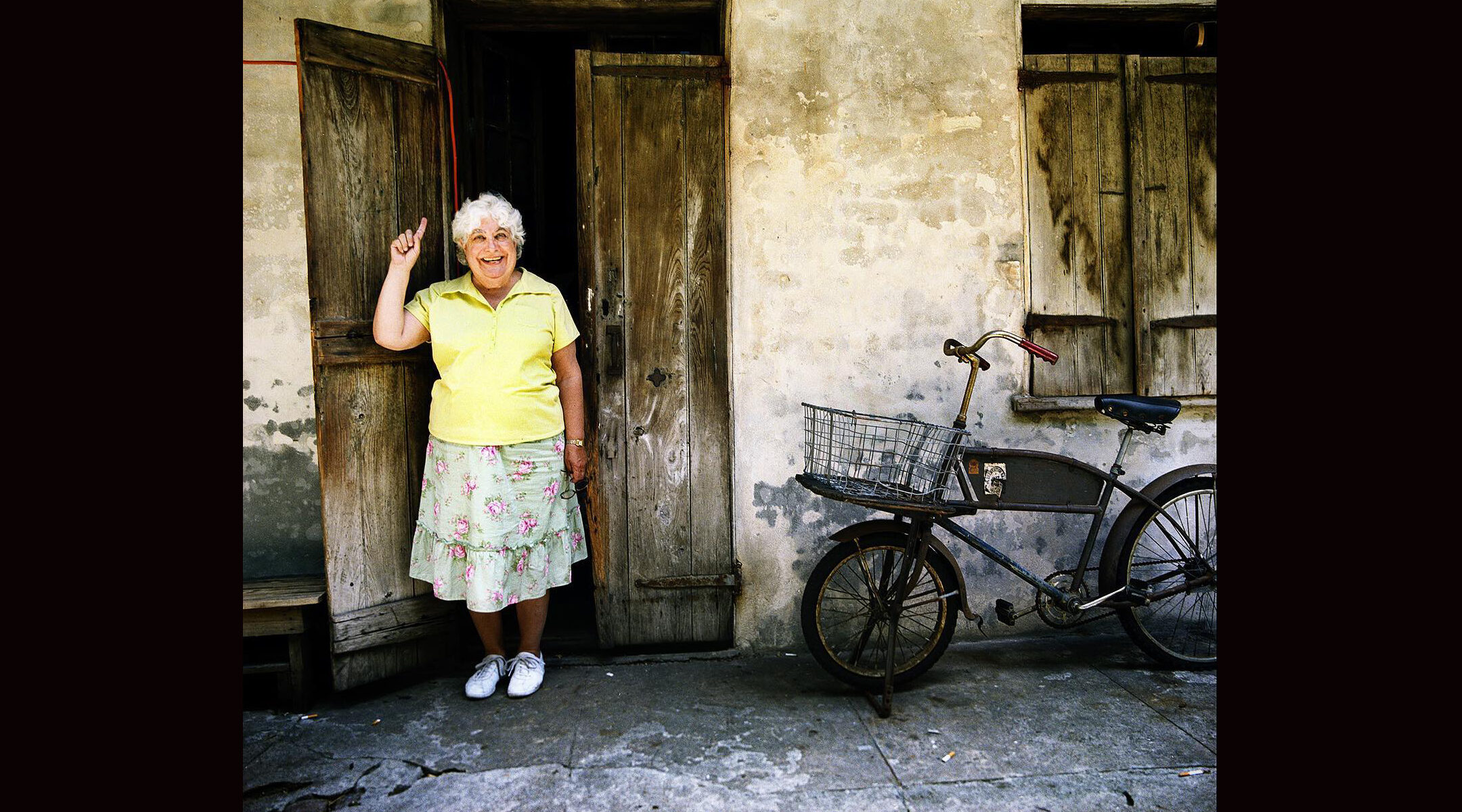 (JTA) — Sandra Jaffe, a Jewish woman who, along with her husband, ran one of the most vaunted jazz clubs in New Orleans for decades and integrated the club before segregation ended, died last month at 83.

Jaffe and her husband, Allan, were considered pioneers and protectors of jazz in the city that gave birth to the genre, despite having landed in the city from Philadelphia as the music style was being threatened by newer forms like rock and roll. Their club, Preservation Hall, played host to vaunted jazz musicians. The Preservation Hall Jazz Band, the club’s touring band, has recorded with major artists included Pete Seeger, Tom Waits and Louis Armstrong.

“There is no question that Preservation Hall saved New Orleans jazz,” George Wein, an influential jazz promoter who died earlier this year, told Vanity Fair in 2011 of the club.

Jaffe was born Sandra Smolen in Philadelphia in 1938 to Jewish parents who immigrated to the United States from Ukraine. She graduated from Harcum College in 1958 and married Allan Jaffe in 1960. On their way back from their honeymoon in Mexico, the couple stopped in New Orleans, where they wandered into an art gallery to hear a group playing jazz. The couple was entranced by the music and decided to stay a few more days to hear the group play again.

“On the way back to Philadelphia, they stopped in New Orleans and, like others before and after, found themselves swept away in the beauty, romance, excitement, mystery, freedom, history, unsettled business and charm of the city,” the Jaffes’ sons wrote in an obituary posted to the Preservation Hall website.

When they visited the gallery a few days later, the owner, Larry Borenstein, told the couple he was moving the gallery next door and offered them the space for $400 per month. Despite having no experience running a club — and despite Sandra’s parents’ expectation that the couple would return to Philadelphia — they decided to rent the space and opened Preservation Hall in 1961.

“We didn’t come to New Orleans to start a business, or have Preservation Hall, or save the music,” Sandra told Vanity Fair in 2011. “We just came to hear it.”

After getting the club off the ground together, the Jaffes had their first son, Russell, in 1969, after which Sandra stopped working. She wouldn’t return to working at the club until 1987, when Allan died of melanoma at 51. Their second son, Ben, came back to work at the club after graduating from college in 1993.

According to the obituary posted to the Preservation Hall website, the club was the first integrated hall in New Orleans, in defiance of the Jim Crow laws still in effect before the passage of the 1964 Civil Rights Act.

Speaking to the Crescent City Jewish News, a local Jewish newspaper in New Orleans, about his involvement in a local Jazz Fest Shabbat in 2015, Ben Jaffe said his mother saw music as a way of bringing together communities and his parents, both hailing from observant Jewish communities, valued the continuation of Jewish traditions.

“In very many ways it’s a continuation of my parents’ vision of unifying communities through music,” he said.

Ben recalled his bar mitzvah at one of the local synagogues as “one of the most diverse bar mitzvahs ever attended for services in New Orleans” due to all the jazz musicians in attendance.

“We spent a lot of our time at churches playing for different functions,” Ben Jaffe told the Baltimore Jewish Times in 2013. “I think in New Orleans, it was just a natural extension of [my parents’] Jewishness [by them] becoming involved in the African-American community.”