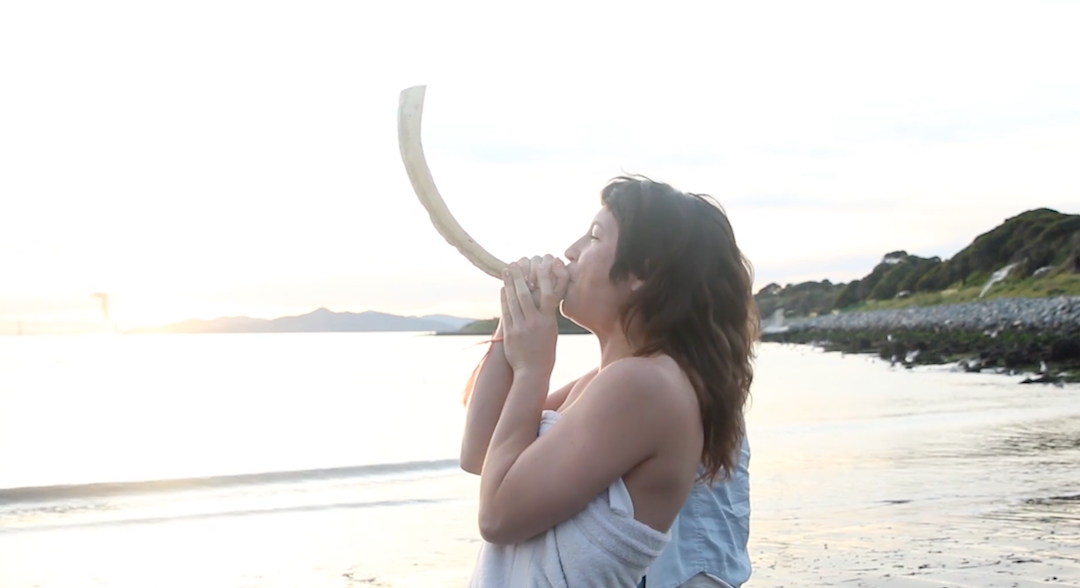 Rebekah Erev, co-founder of the Queer Mikveh Project, blows the shofar at the first QMP mikvah event at the Albany Bulb in Albany, California, in 2015. (Chani Bockwinkel)
Advertisement

(JTA) — Last Passover, a group of 125 Jews gathered via Zoom for a community mikvah ritual. Dr. Harriette Wimms, a queer Black Jewish psychologist and kohenet (Hebrew priestess), opened the ceremony by pouring libations, an African tradition of granting a water offering for ancestors. Some people immersed themselves in their bathtubs, spilled water down their bodies or waded into their local lakes. They sang prayers and shared artwork.

Zuriel Biran, a transgender Black poet from Chicago, read one of his poems: “I reorient myself to a future of interconnectedness. Where my life is so woven alongside others that I cannot seriously entertain the notion of cutting it short, or vanishing. I must allow myself to be known.”

The ceremony was organized by the Queer Mikveh Project, a grassroots initiative seeking to transform the traditional mikvah practice into a communal experience, centering queer Jews of color leading spiritual rituals. (“Mikvah” can be alternatively spelled with an “a” and an “e.”)

Inspired by similar efforts such as MKV, an art project that tailors mikvah experiences for queer Jews run by the Canadian artist Radiodress (Reena Katz), the Queer Mikveh Project’s goal is to create a safe space for marginalized Jews to connect to their bodies and each other. Its other major aim is to create leadership roles for queer Jews of color who are often denied such roles in mainstream Jewish organizations.

The project was founded in 2015 by Rebekah Erev, a Jewish feminist artist, organizer and kohenet. The first event was held in-person, pre-pandemic in Albany, California, where around 25 people gathered at the Albany Bulb — a former landfill turned unofficial park and encampment space on the shores of the San Francisco Bay.

The location was chosen because it is on Ohlone land, and the ritual was done in solidarity with the Standing Rock protests around the Dakota Access oil pipeline. Several participants immersed themselves in the Bay’s waters for mikvah. The group sang and prayed, building a communal altar in support of social justice causes, like Indigenous water rights.

Immersing in a mikvah, or ritual bath, is a Jewish ritual traditionally taken by women when undergoing a conversion, marriage or in keeping with niddah (menstrual purity). Today, progressive Jewish organizations, including ImmerseNYC in New York and Mayyim Hayyim in Newton, Massachusetts, are rethinking the scope and aims of the practice of mikvah in order to make it a more inclusive part of Judaism, and some queer Jewish couples have embraced mikvah along with niddah rituals.

When Rabbi Sara Luria, founder of ImmerseNYC, teaches on the mikvah to Reform and Conservative audiences, she asks her students what words come to mind when they hear the term.

“People say, ‘Period, blood, Orthodox, not for me, ancient, archaic, blah blah blah.’ There’s just all this baggage,” Luria told the Jewish Telegraphic Agency. “And then I say, ‘Yes, and: A mikvah is a clear body of living water that helps us make our transitions sacred.’” 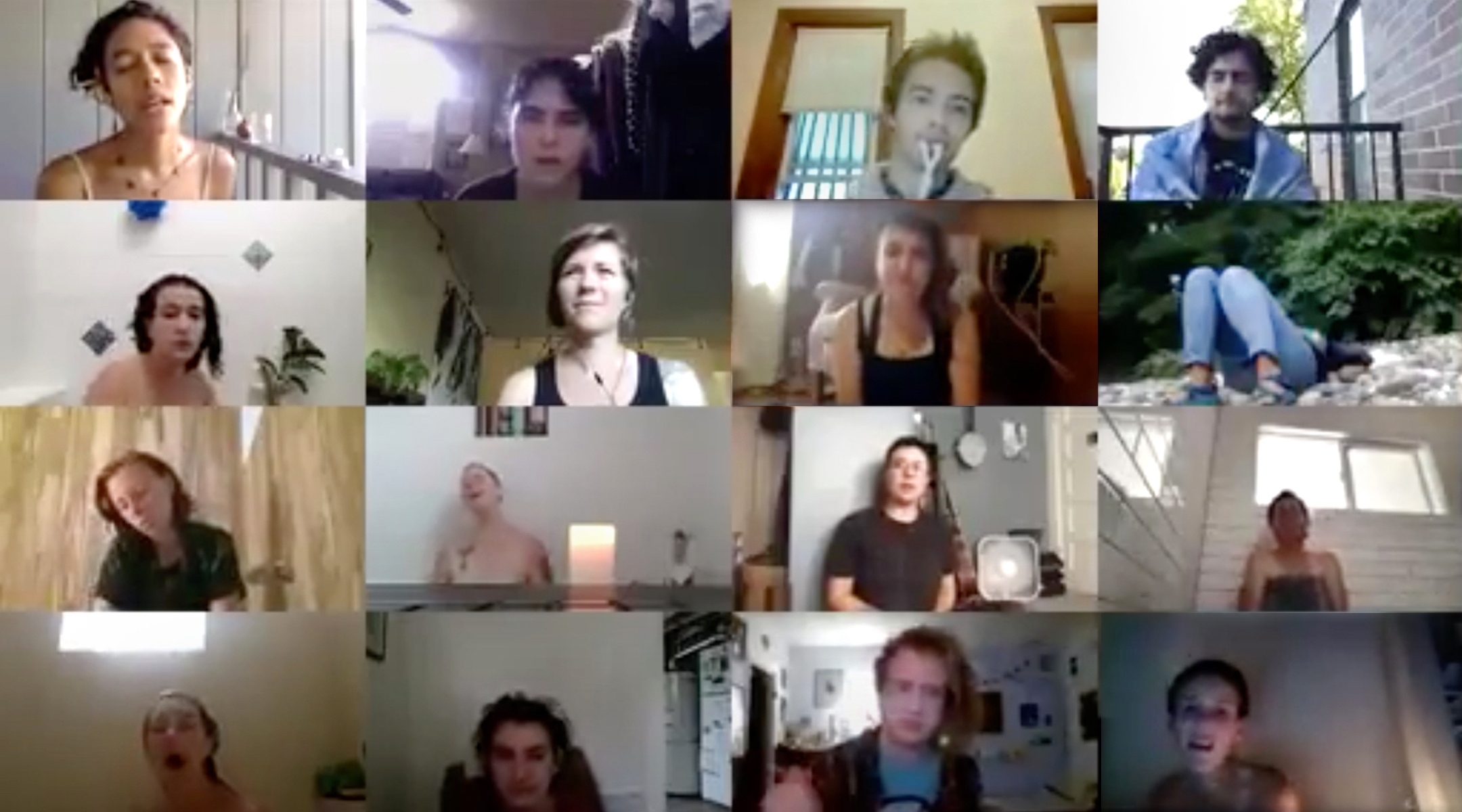 The new attention being paid to mikvahs (or mikvaot) means they are no longer exclusively the domain of women or the Orthodox — many Jewish communities have a community mikvah that is welcoming to non-Orthodox Jews. Nor is their use limited to the standard occasions; mikvahs are also offered for celebrations like graduations and bar mitzvahs; healing rituals; and by men for special occasions.

But even in this new framework, mikvahs are still, by and large, a ritual for individuals, rather than groups.

The Queer Mikveh Project rethinks that approach. Instead of staging mikvahs as private experiences, they prioritize “community” by holding them as a group and using them as fundraisers for social-justice causes, eliminating gender segregation and the idea that a mikvah needs to mark a significant life event at all. Since the pandemic, the group has also conducted the majority of their mikvahs over Zoom, with participants joining from whichever body of water they prefer — not necessarily one that meets Jewish law’s specifications for a mikvah.

The project also does not require that its mikvah participants be Jewish: “You don’t have to be a practicing Jew to enter Queer mikveh. You don’t have to be Jewish,” reads Erev’s working definition of a queer mikvah on their website. Nevertheless, organizers say their approach to mikvah remains distinctly Jewish.

“We believe that our mikveh is not merely symbolic, it is actual Jewish ritual,” said Rebecca Maria Goldschmidt, one of the project’s co-leaders and a Filipino Jewish artist. “Part of Queer Mikveh Project’s intentions is to expand the definition of what mikveh is and can be for all Jewish people.”

The group’s approach (which recently earned it a grant from the Jewish Liberation Fund) has been embraced by Jews who typically experience discrimination outside of — and sometimes within — traditional Jewish spaces.

Biran had previously been to a traditional mikvah for ritual cleansing. But as a transgender man, he was uncomfortable about the idea of mikvah being separated by gender.

“I couldn’t really have a deep connection with the other people that I went with because I wasn’t sure if they knew that I was trans and didn’t want to make anyone feel uncomfortable,” he said. “One of the most beautiful — and also bittersweet — things about the Queer Mikveh Project is hearing those same experiences reflected back. It’s sad to hear that these experiences are more widespread, but it’s also affirming because a lot of us can be gaslighted and told that we’re just being dramatic.”

In early 2020, Goldschmidt and Kat Johnston, a Texas-based librarian and zine-maker who identifies as a Jew of color with Native American, Black and European ancestry, joined Erev as co-leaders. At that time, the project had held only a few in-person gatherings and one Shabbaton (or sabbatical) retreat, but the pandemic changed all of that. During quarantine, participants voiced difficulties with isolation, so the three leaders had to reimagine the idea of a mikvah space. They tested the figurative waters with mikvah rituals over Zoom.

Counterintuitively for a mikvah, the virtual group setting helped some participants feel more connected to the experience, not less.

“Typically, when I go to mikveh, it’s about the action: ‘Have I removed all my nail polish? Since my hair is curly, will all of it be underwater?’” Wimms said. “Since [the Queer Mikveh Project] was virtual, the focus was on the intention, not the action. It was more than just going underwater. I was making myself spiritually ready.”

So far, there have been three online events attracting a total of around 400 participants from across the world. The leaders participate in the rituals, as well. During the Passover event, Goldschmidt ladled rosemary water on herself, and Johnston poured a bowl of water over her body, which was significant: Johnston is neurodivergent and lives with chronic pain from an autoimmune disorder. She doesn’t know how to swim and has had an uneasy lifelong relationship with water.

She said that being a co-leader and participant in the Queer Mikveh Project changed her connection to water and is leading her “healing journey.”

“I’ve spent a lot of time trying to not inhabit my body because it’s in pain,” she said. “With mikveh, there’s something really physical that speaks to my humanity. I’m able to just be a person with a body that feels things.” 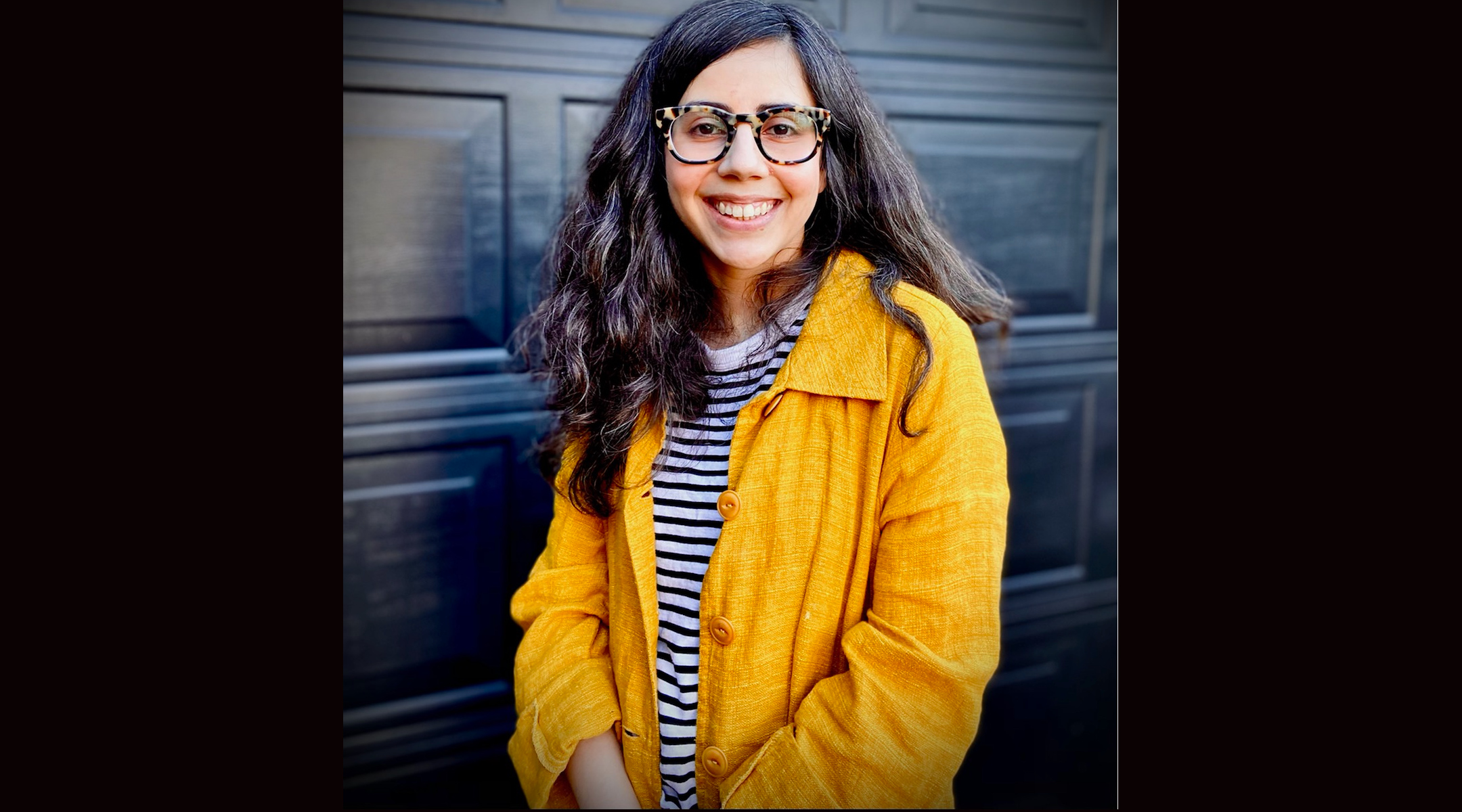 Queer Mikveh Project co-leader Kat Johnston is neurodivergent and has had a lifelong mental struggle with water, but says the group’s work has helped her develop a relationship with water. (Julie Jensen)

For someone like Johnston, the pandemic offered a rare opportunity to participate in community events that are normally out of reach. Once they can gather in-person again, the leaders plan to continue hosting online events for people who are unable to physically attend a ceremony, or uncomfortable doing so.

“It is in these margins, these fringes, that the deepest healing from colonialism and patriarchy can happen,” Erev said. “Those who have been most oppressed are our guides and messengers of what has not been addressed. In identifying the wound, we create opportunities for healing and a beauty that wasn’t before possible.”

Would there be a point at which the rituals would change so much they cease to be a mikvah? It all depends on who you ask.

“I think what’s happening right now is that we are experimenting with the boundary,” Luria said about progressive expansions of what makes a mikvah. “And I think that’s fun. I think that’s part of reclaiming a ritual.”

Luria acknowledges that she has more radical views than most rabbis on what constitutes a mikveh. “People would say to me, ‘I think you’re diluting the mikveh experience,’ which I think is a beautiful water metaphor.”

“Anything that results in more Jews feeling more connected in more Jewish communal spaces is positive in my book,” said Rabbi Tamar Malino, who leads Conservative and Reform services in Spokane, Washington, and regularly performs mikvah for individuals in lakes and rivers, mostly for conversions.

The Queer Mikveh Project’s ultimate goal, organizers say, is for queer Jews and Jews of color to have access to regular ritual immersion for both individual and communal events. To do this, the leaders plan to expand their team to produce, support and host the project’s work, ideally by forming Queer Mikveh Project “nodes” at various locations around the world, and by collaborating with other Jewish organizations — both in natural bodies of water and online.

Erev has been happy with the group’s bootstrapped success: “Many people from around the world have reached out to us about the project, wanting to be involved and do Queer Mikveh in their community.”

For Wimms, the chance to have a major say in a Jewish ritual space is the most significant way in which the group is reinventing the mikvah.

“A space where queer Jews of color are in leadership; I hardly have the words to describe how revolutionary that is. This is a space where people can come as their whole selves, not as an asterisk but as the center,” Wimms said.