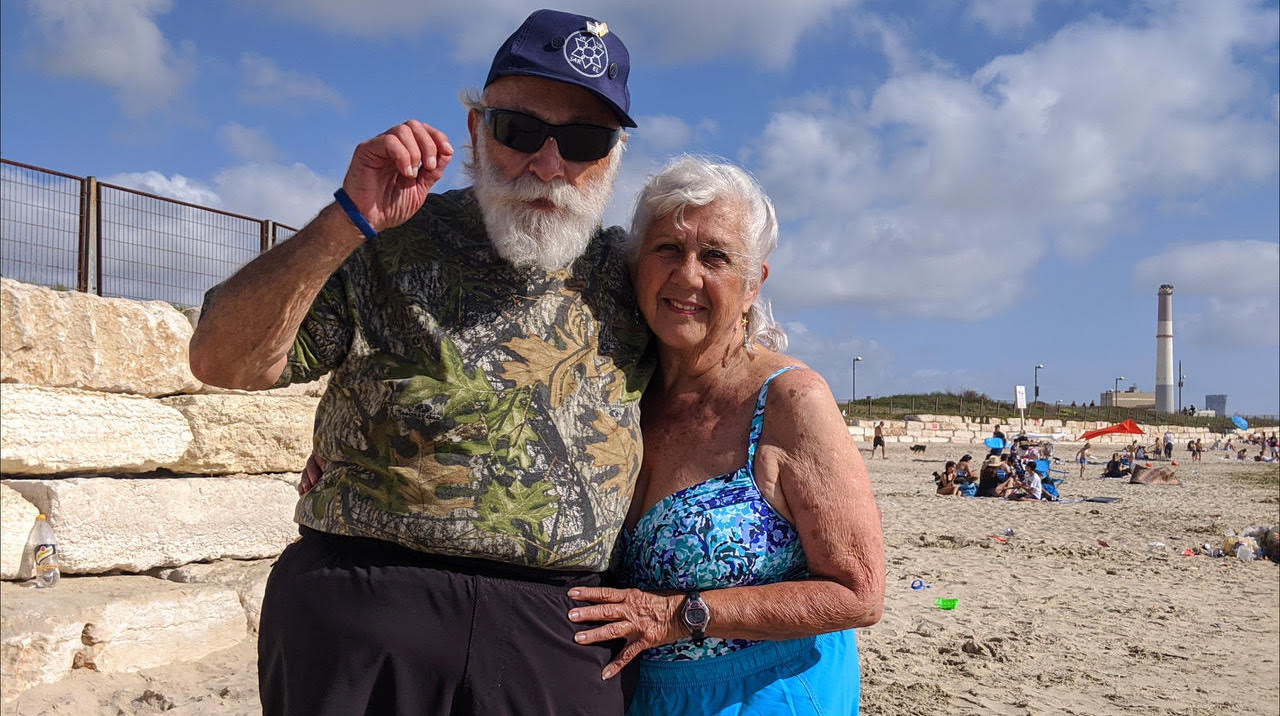 TEL AVIV — A few weeks ago, Joel Tenenbaum, 81, and Marilyn Berkowitz, 84, arrived in Tel Aviv on an El Al flight from New York ready to start their new lives in Israel.

They had met through JDate five years earlier. Each was widowed; Tenebaum had been married for 47 years, Berkowitz, known as Lyn, for 49.

A retired New York trial lawyer raised in Brooklyn, Tenenbaum always had felt an affinity for Israel — fueled since childhood by Hebrew school and the movie “Exodus.” Berkowitz, a former university dean’s assistant in New Jersey, had been a frequent visitor to Israel ever since her son moved here in 1991.

Both are longtime volunteers for the Israeli nonprofit organization Sar-El. They now share a rental apartment in Tel Aviv’s trendy Florentin neighborhood, close to the ulpan where they will soon enroll in an intensive Hebrew language program.

“A lot of our contemporaries have gone to Florida,” Berkowitz said. “But I think they should become sandbirds, not snowbirds.”

In fact, more and more older American Jews are opting to spend their golden years in the Jewish state.

Of the 4,478 new immigrants who arrived in Israel from North America last year, 762 — just over 17% of the total — were 55 or older. That’s up nearly 23% from the 580 who came in 2020, according to Nefesh B’Nefesh, the nonprofit agency that coordinates the aliyah process for U.S. and Canadian citizens.

“Israel is becoming a more attractive place, specifically for people at the age of retirement,” said Marc Rosenberg, vice president of Diaspora partnerships at Nefesh B’Nefesh. “With increasing technology, cellphones and internet use, Israel is much more international now, especially with apps that allow people to get around, navigate and do their banking online.”

The pandemic, Rosenberg said, has prompted people of all ages to recalibrate what’s important to them.

“The pandemic really shifted how many people connect and stay close to family without being in close physical proximity,” said Rosenberg, whose organization works in partnership with Israel’s Ministry of Aliyah and Integration, the Jewish Agency for Israel, Keren Kayemeth LeIsrael and the Jewish National Fund-USA. “And they know the healthcare system in Israel is excellent. Israel handled the pandemic pretty well, and that’s been a significant factor.”

The pandemic was a big factor in the aliyah decision of New York natives Howard and Mina Millendorf, who moved to Israel last July. The couple in their 70s settled in Jerusalem’s Katamon district, moving into the same building where their daughter, Sharon, lives with her husband, Shlomo, and their three sons. 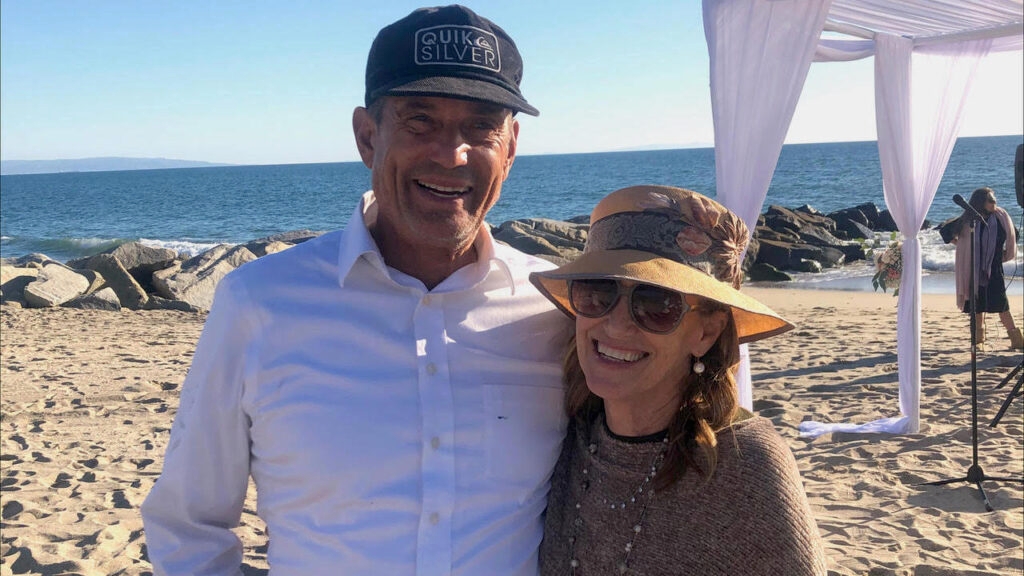 Retired schoolteachers Yossie Ziff, 71, and his wife, Joanie, 67, moved to Israel from Los Angeles in 2021. They live in Modiin and frequently visit the beach at nearby Rishon Le’Zion, where Yossie surfs. (Courtesy)

“I think the pandemic kind of pushed us into making a decision,” said Mina, a retired elementary schoolteacher who had lived in the Bronx neighborhood of Riverdale since she and Howard were married 41 years ago. “Normally, we’d come to Israel several times a year and rent an apartment here. But with COVID, we were missing all the birthdays and anniversaries. It was not easy for us.”

Six months after their arrival, Howard lists his main goals as “finding ways to do good, playing daily with our grandsons, cultivating new friends, restaurants and wines, and enjoying Mina’s special cooking and baking with family.”

But he also aims to give back to Israel through his work with the telecom company IDT and the Howard Jonas Foundation. Projects include the construction of a new cancer center at Jerusalem’s Shaare Zedek Medical Center as well as initiatives for severely disabled youngsters, autistic and hearing-impaired children, and people with terminal illnesses. In addition, Howard is involved in a long-term networking program, choosing his 27,000 LinkedIn connections to open doors and help secure job opportunities in Israel and elsewhere.

Yossie and Joanie Ziff of Los Angeles arrived in Israel as new immigrants on Dec. 27, 2021. Both retired elementary school teachers, Yossie, 71, and Joanie, 67, had lived in Venice Beach in California for years, and then the heavily Jewish L.A. neighborhood of Pico-Robertson, but they decided recently it was time to make the move to Israel. 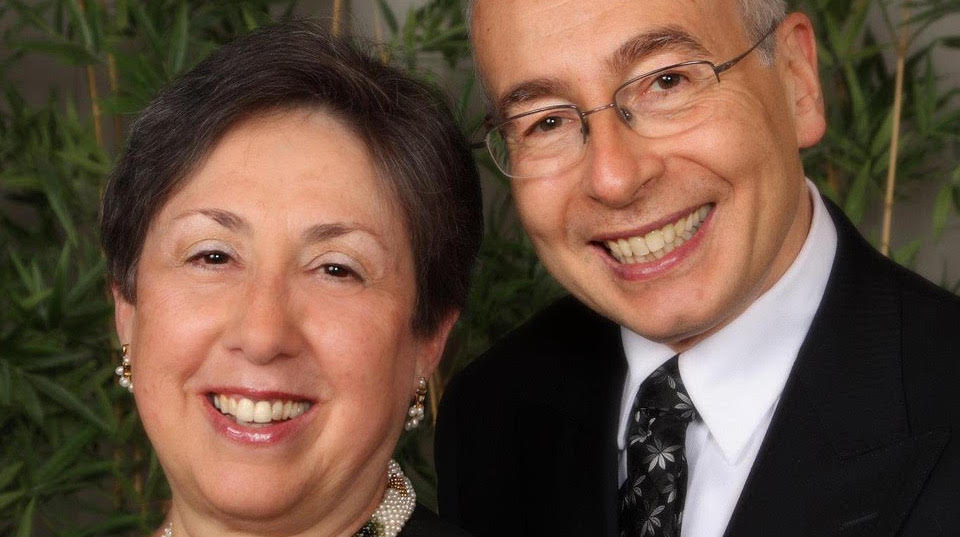 The pandemic was a big factor in the aliyah decision of New York natives Howard and Mina Millendorf, who moved to Israel in July 2021. (Courtesy)

“The situation in America really made us feel we wanted to come to Israel and be with the Jewish people,” Joanie said.

Between the two of them, they have five children and 15 grandchildren.

The couple already has bought an apartment in Modiin, which is a 25-minute drive from the beach at Rishon Le’Zion, where Yossie likes to surf.

“We’ll probably go back and forth to America, but this will be our primary home,” Joanie said. “Modiin has such a beautiful Anglo community here. When we got here, there was a sign on our door from our neighbors welcoming us. We’ve been smothered by love wherever we go.”