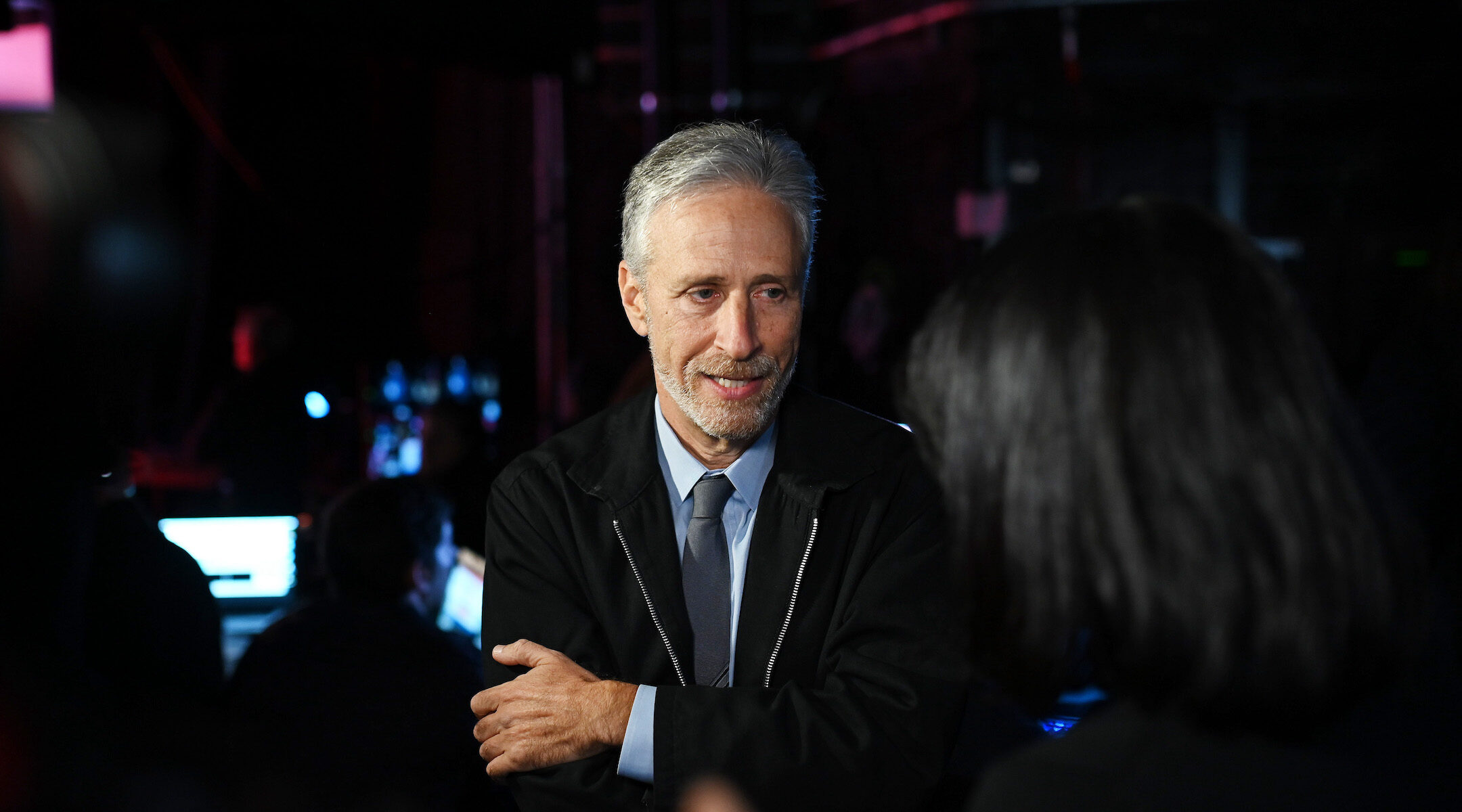 (JTA) — Jon Stewart, who has often referenced his Jewish heritage in his humor, will be awarded this year’s Mark Twain Prize for American Humor, one of the country’s most prestigious comedy awards.

The award, given by the Kennedy Center for the Performing Arts, will be presented in April. The honor, awarded annually since 1998, has not been given to anyone for the past two years due to the COVID-19 pandemic, which scuttled the award ceremonies.

Kennedy Center President Deborah Rutter said in a statement that Stewart has “brightened our lives and challenged our minds as he delivers current events and social satire with his trademark wit and wisdom.” He hosted “The Daily Show,” which catapulted political comedy to the forefront of pop culture, on Comedy Central for 16 years.

RELATED: As Jon Stewart returns to TV, here’s a look back at his most Jewish moments

“I am truly honored to receive this award. I have long admired and been influenced by the work of Mark Twain, or, as he was known by his given name, Samuel Leibowitz,” Stewart said, according to the Kennedy Center’s press release this week. Stewart’s given name was Jonathan Leibowitz.

Past recipients of the award, which is given to comedians who have “had an impact on American society in ways similar to” Mark Twain, have included Steve Martin, Eddie Murphy and Carol Burnett.

Though he left “The Daily Show” in 2015, Stewart continues to offer up political satire through a new Apple TV+ show “The Problem with Jon Stewart” and an accompanying podcast. He also continues to advocate for government assistance for 9/11 first responders.

Steward recently made headlines when he pointed out the similarities between the portrayal of goblins in the “Harry Potter” movies and classic antisemitic portrayals of Jews. Stewart later walked the comments back, saying he was joking.

“Let me just say this, super clearly, as clearly as I can… I do not think J.K. Rowling is antisemitic,” he said earlier this month.