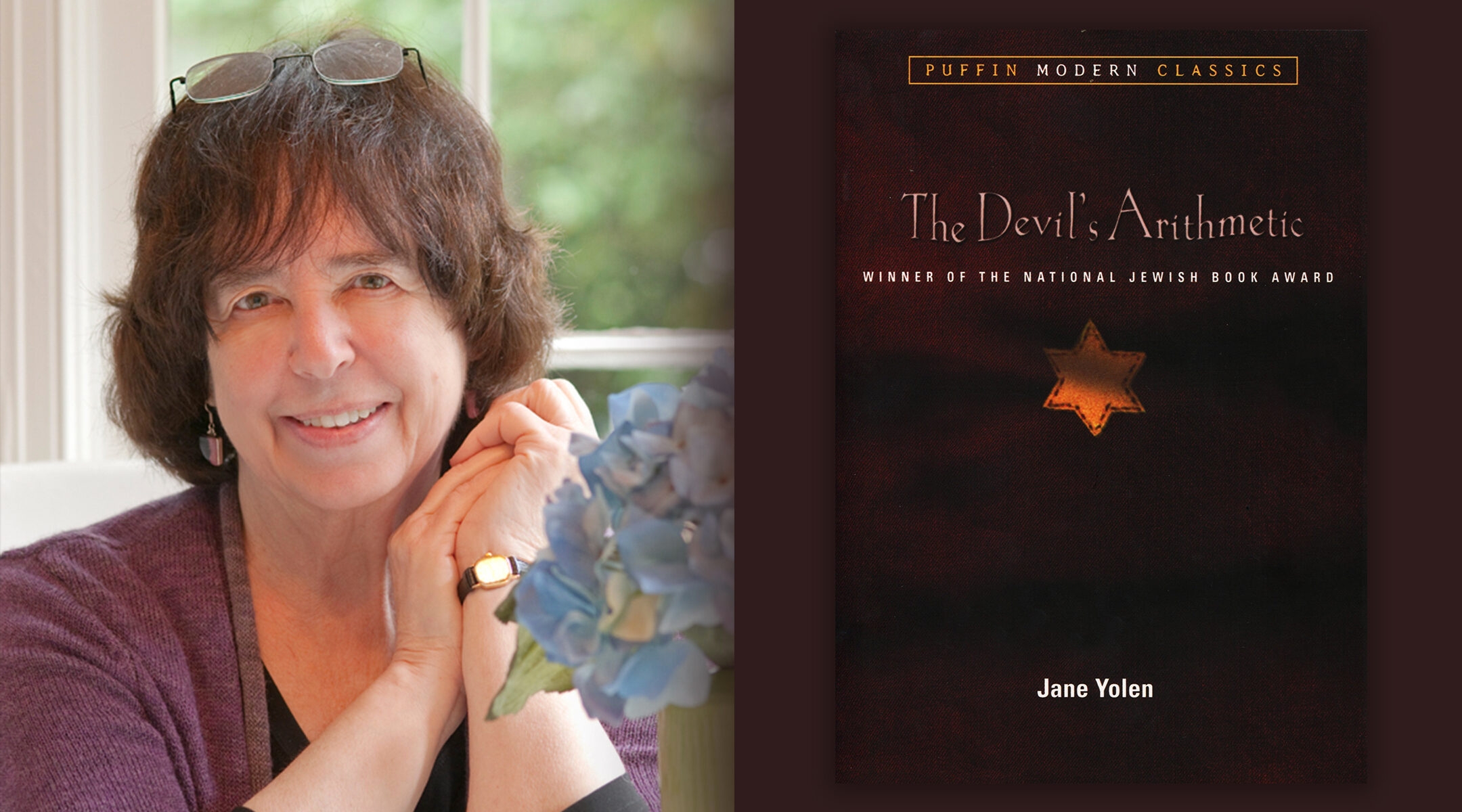 Yolen and her most famous book, "The Devil's Arithmetic." (Photos: Courtesy of Jason Stemple and Penguin Random House)
Advertisement

(JTA) – Jane Yolen, the acclaimed and prolific children’s book author whose oeuvre of more than 400 books includes the bestselling Holocaust time-travel novel “The Devil’s Arithmetic,” was honored for her writing career by the Association of Jewish Libraries.

Yolen received the Body-of-Work award from this year’s Sydney Taylor Book Awards, which recognize excellence in Jewish children’s literature. Named after the author of the “All-of-a-Kind Family” series, the awards were announced Monday in a virtual ceremony at the American Library Association’s midwinter meeting as part of the ALA’s Youth Media Awards.

The coveted Body-of-Work award recognizes an author who has made a substantial contribution over time to the Jewish children’s literature. Yolen’s books include an array of Jewish children’s books for all ages, according to Martha Simpson, chair of the Sydney Taylor Book Award committee.

“Her range of subjects and lasting appeal to all types of readers impressed the committee. We are proud to recognize her with this honor,” Simpson wrote in an email to the Jewish Telegraphic Agency.

More than 30 years ago, Yolen hesitated to write “The Devil’s Arithmetic,” her first Holocaust novel, she told JTA in a 2018 interview.

She accepted the challenge from her editor and the 1988 book, in which a Jewish girl from the present day travels back in time to 1941 Poland and experiences internment in a concentration camp, subsequently became a bestseller and staple of middle-school classrooms nationwide. In 1999 it was made into an Emmy-winning Showtime film starring Kirsten Dunst. Yolen went on to write two more Holocaust novels for young readers, including 2018’s “Mapping the Bones.”

“I look at all three and I realize it’s not just the Holocaust that binds them together. It’s remembering,” she said.

Yolen’s work was honored along with several Jewish books for young readers in 2021, including three gold medal winners: a magical Passover tale inspired by a Yiddish classic; a preteen novel whose protagonist navigates family troubles, prejudice and antisemitism; and a haunting queer-themed historical fantasy. 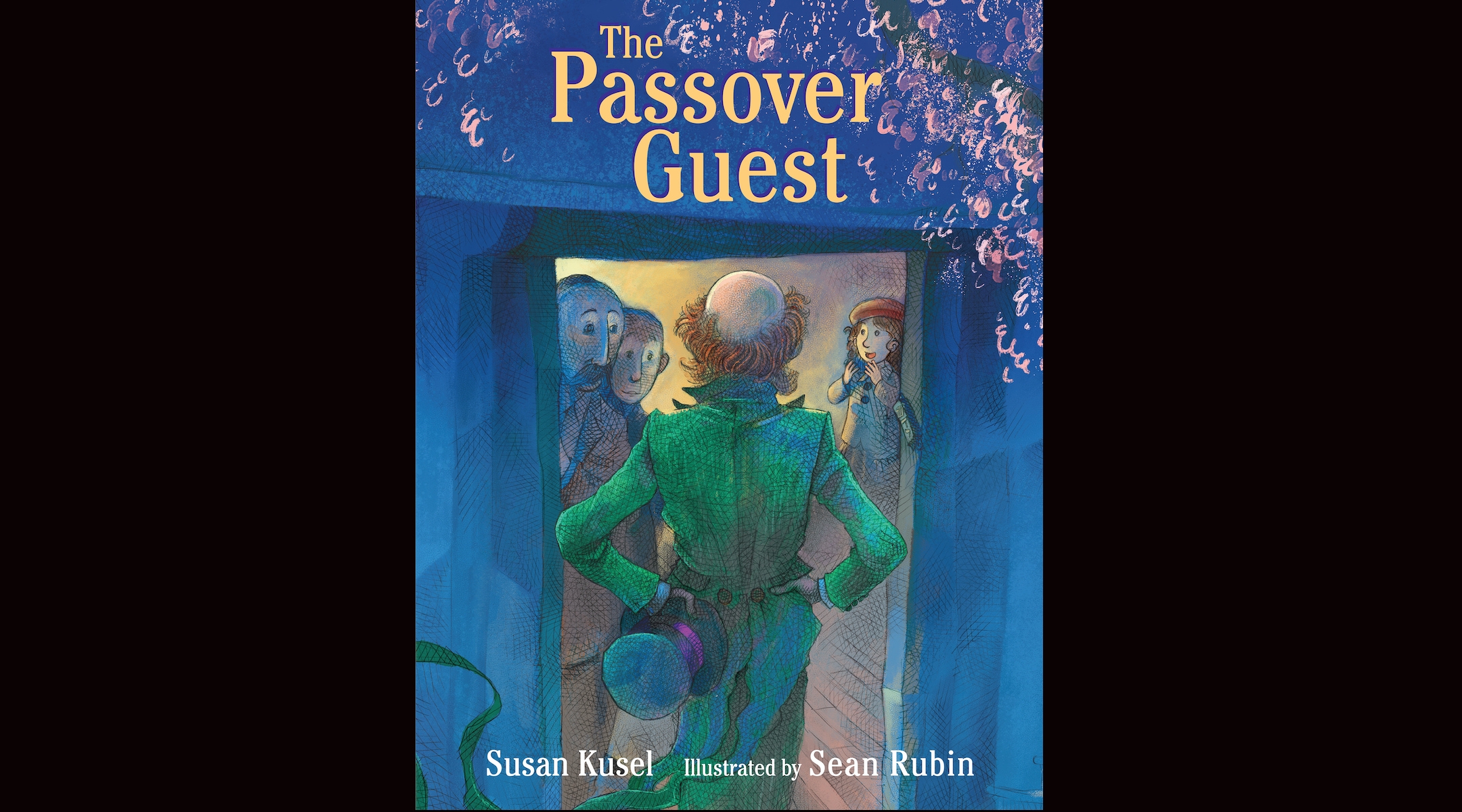 The gold winner in the picture book category, Susan Kusel’s “The Passover Guest,” is set in Washington, D.C., in 1933, during the Great Depression. When a juggler in ragged clothes is invited into the home of a poor family for a Passover seder, their bare table miraculously fills with food for the festival. Inspired by Uri Shulevitz’s version of I.L. Peretz’s Yiddish classic “The Magician,” Kusel’s story echoes the mysterious tales of Elijah the Prophet, who is believed to help the neediest. The illustrations are by Sean Rubin.

Set in 1967 in the immediate aftermath of Loving v. Virginia, “How to Find What You’re Not Looking For,” by Newbery Medal winner Veera Hiranandani, won gold in the middle readers category. The protagonist, 12-year-old Ariel Goldberg, finds herself bravely navigating racial prejudice, antisemitism and troubles at school when her older sister elopes with an Indian man.

“Hiranandani perfectly captures this turbulent period in history through a sympathetic preteen Jewish girl,” the Sydney Taylor committee wrote in a release.

Aden Polydoros took the top prize for young adults with “The City Beautiful,” a queer Jewish history fantasy. Set against the backdrop of the 1893 Chicago World’s Fair, the novel tells the story of Alter Rosen, a young Romanian immigrant with big dreams for life in America. When his life is upturned with the murder of his Jewish friend, Rosen races to find the killer, while fighting against the dark presence of a dybbuk. The story stands out for “masterfully combining fantasy, mystery, LGBTQ romance and historical fiction,” the Sydney Taylor committee wrote.

Eight additional Sydney Taylor honorees won silver medals, 10 books of Jewish content were named notable books and a manuscript award was given for a middle grade novel. Authors and illustrators will receive their awards at the annual AJL conference in June.