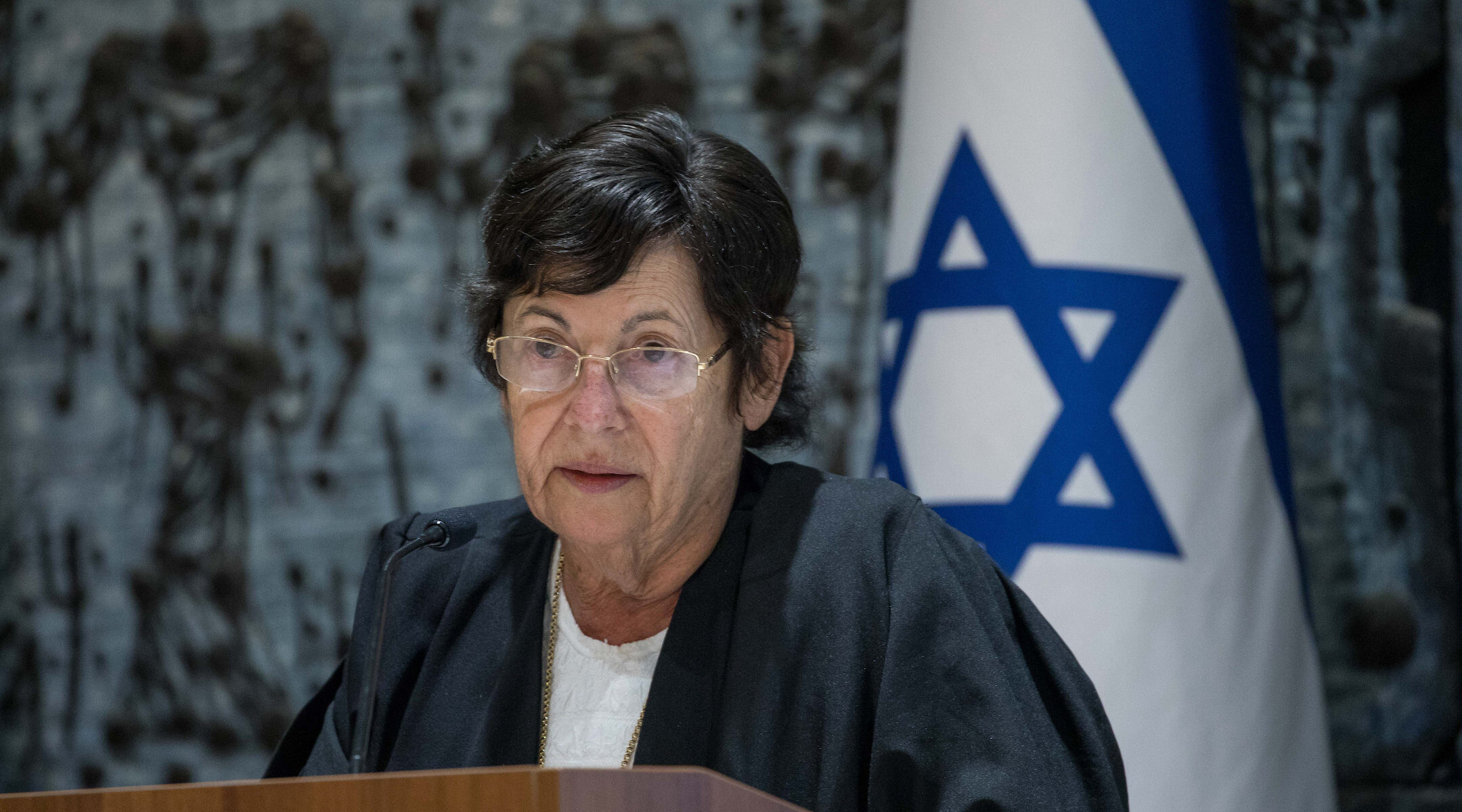 (JTA) — Miriam Naor, who served on the Israeli Supreme Court for 14 years and became the second woman to helm the court as chief justice, died Sunday at 74.

Naor was chief justice of the court from 2014 to 2017, during a period when the court made several significant rulings around religious pluralism in Israel.

In her retirement, Naor had been serving as the head of a special commission set up to investigate the May 2021 stampede at Meron, a pilgrimage site, that left 45 men and children dead.

Naor studied law at Hebrew University, then began working for the State Prosecution of Israel until 1979. In 1980, she was appointed as a judge on the Jerusalem Magistrate Court and in 1989, she became a judge on Jerusalem’s District Court.

From 2001 to 2002, Naor served as an acting justice on Israel’s Supreme Court before becoming a justice in 2003. She became president of the court in January 2015, becoming the second woman to hold the position of chief justice after Dorit Beinisch.

The court issued a number of significant rulings related to issues of religion and state during the years in which Naor presided over the judicial body.

One of the most important came in 2016, when the court ruled that Israel must recognize conversions to Judaism performed in Israel outside of the rabbinate, which controls all religious matters in Israel, for the purposes of citizenship under the Law of Return, which grants automatic Israeli citizenship to all Jews who want to move to Israel. During her tenure, the court also ruled that mikvehs, or ritual baths, in Israel had to be made available for the use of non-Orthodox converts to Judaism.

Speaking at her swearing-in ceremony in 2015, Naor spoke about the need to preserve Israel’s character as a “Jewish and democratic state that upholds the principle of equality” as well as to “protect human rights and the rule of law.”

“We will protect the Supreme Court on behalf of the citizens and residents of Israel and for the sake of our democracy. As my teacher and friend Aharon Barak often says, if we wish to have a democracy we must fight for it, for if we do not protect our democracy, it will not protect us,” she said.

She repeated that final line when she retired from the court in 2017, amid calls from right-wing politicians, including then-Education Minister Naftali Bennett, to curb the court’s powers after it rejected several laws put forward by the right-wing government under then-Prime Minister Benjamin Netanyahu.

“The State of Israel can be proud of the independence of its judiciary, who fear nothing but the law,” Naor said in her retirement speech, according to The Times of Israel. “Judicial independence, however, should not be taken for granted. We must protect it.”