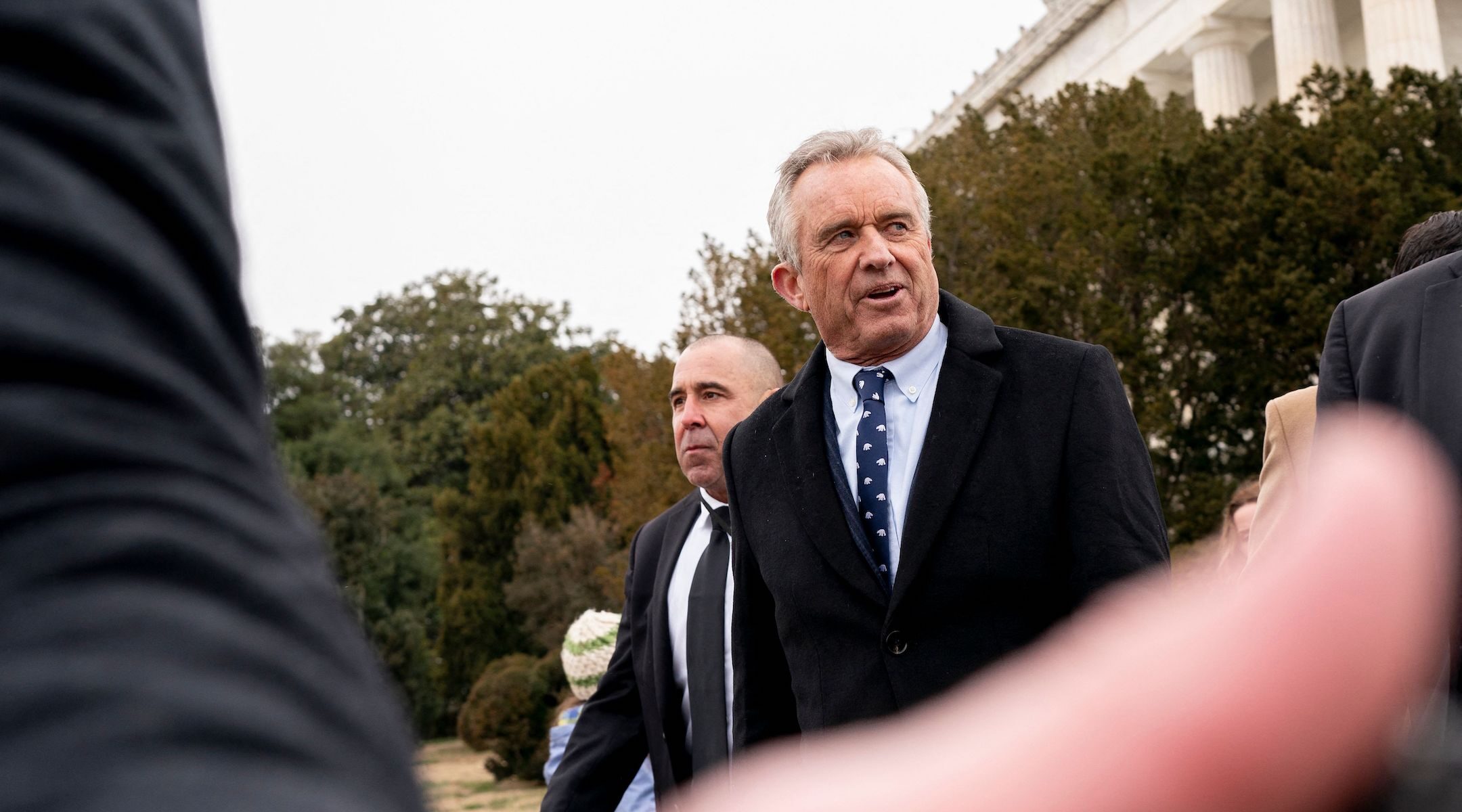 (JTA) — Robert F. Kennedy Jr. invoked Anne Frank while comparing COVID-19 vaccine mandates to the Holocaust, saying “none of us can hide” today like the Jewish diarist could during World War II.

“Even in Hitler’s Germany, you could cross the Alps into Switzerland, you could hide in the attic like Anne Frank did,” Kennedy said at a rally against vaccine mandates on the National Mall in Washington, D.C., on Sunday. “Today the mechanisms are being put in place that will make it so none of us can run, none of us can hide.”

Kennedy, the son of former Sen. Robert “Bobby” Kennedy, went on to list what he perceived as threats from “low-orbit satellites” and 5G internet networks, and named Bill Gates among those posing a threat to privacy. A video clip of Kennedy’s speech was shared to Twitter by NBC reporter Ben Collins.

“Exploiting of the tragedy of people who suffered, were humiliated, tortured & murdered by the totalitarian regime of Nazi Germany – including children like Anne Frank – in a debate about vaccines & limitations during global pandemic is a sad symptom of moral & intellectual decay,” the account stated.

Kennedy has been a vocal anti-vaxxer for years, peddling conspiracy theories and claiming that vaccines cause diseases like autism in children. Hewas kicked off of Instagram last year after he shared misinformation about vaccines on the platform.

The consensus in the scientific community rejects any link between vaccines and autism and maintains that side effects to vaccines are minimal.

Kennedy has repeatedly utilized Holocaust related metaphors to discuss his anti-vaccination stance. In his book about coronavirus vaccines released last year, Kennedy titled one chapter “Final Solution: Vaccines or Bust.” According to the Guardian, when asked about the title, Kennedy said: “I don’t think the vaccines have anything to do with eradicating the Jews.”

In 2015, Kennedy used the word “holocaust” to describe proposed legislation mandating vaccines for children, and was criticized by the Anti-Defamation League. “I want to apologize to all whom I offended by my use of the word ‘holocaust’ to describe the autism epidemic,” Kennedy said at the time.