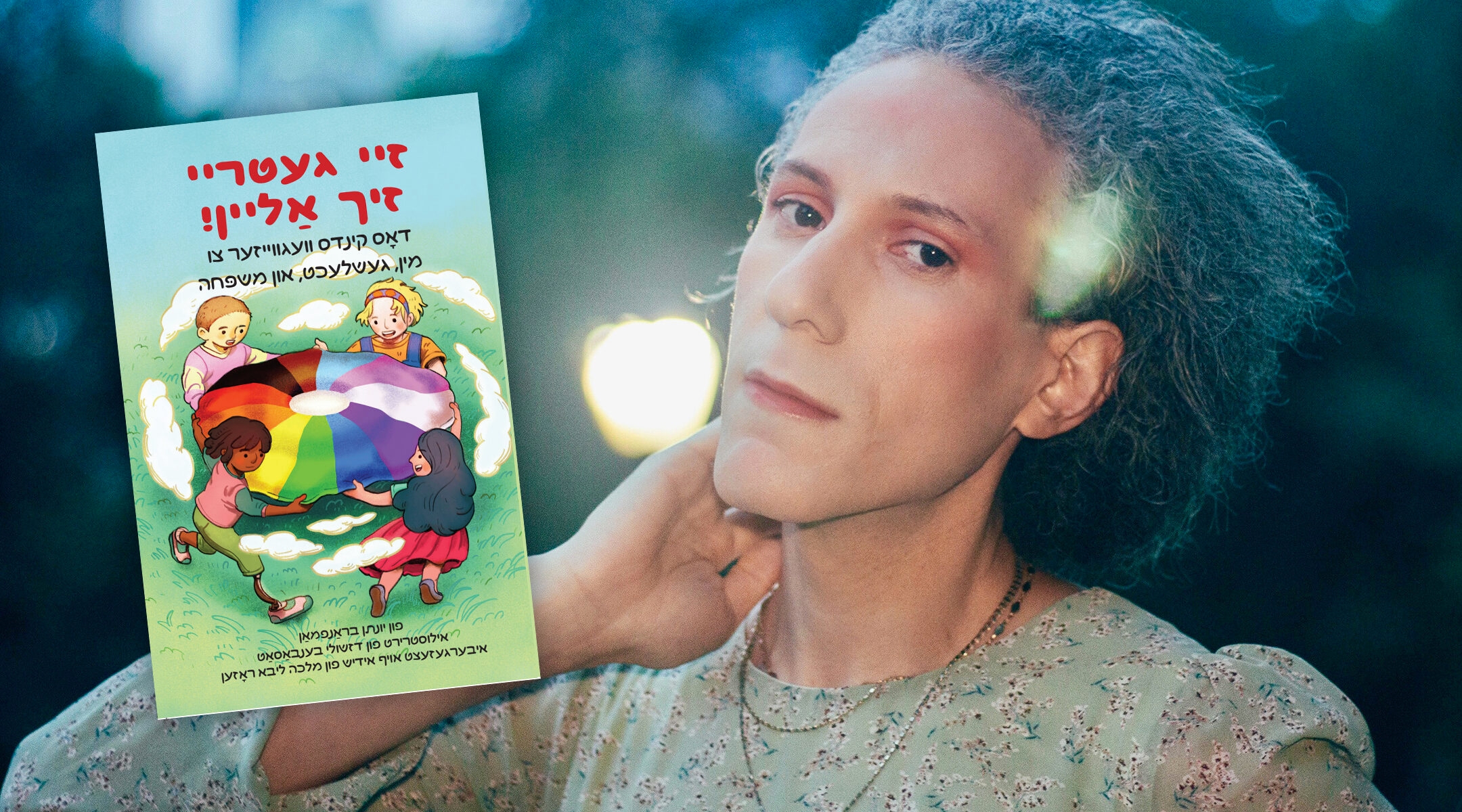 “God knows that if I as a teenager had access to this, it would have been inordinately helpful and beneficial to me in my journey. I may have even come out 20 years ago, or 30 years ago,” Rosen said. (Photo by Alia Azamat Ashkenzai)
Advertisement

(JTA) — Among the most challenging decisions Lili Rosen had to make while translating a children’s book about sexuality into Yiddish was what name to put on the cover.

When Rosen began work on “You Be You” in March 2020, she wasn’t yet Lili. She had a long resume of translation and cultural consulting work, including on the Netflix hit show “Unorthodox” and Seth Rogen’s “An American Pickle,” all under the name she had been given by her Hasidic Orthodox parents in Brooklyn when she was identified as male at birth.

But as she translated the book aimed at explaining topics like gender fluidity and sexuality to children during the early months of the pandemic, Rosen found herself considering her own gender identity. By the summer of 2021, she was attending public events in feminine clothing and by the fall had begun to use her new name.

Just a few days before the book went to press for its Jan. 31 release, she decided to use her new name on the cover of the book, marking a major step in coming out publicly as transgender. “Zikh Aleyn Zay Getray,” the Yiddish edition of “You Be You!”, credits translation to Malka Liba Rosen, Rosen’s Yiddish and feminine name.

“When I first started translating it, I didn’t identify as trans,” Rosen said. “It was scary, but also, I waited until that point in time where I felt like I really had no other choice. I could no longer hide from the truth.”

Raised in Hasidic Borough Park as the youngest of five children, Rosen never received any formal sex education as a child or heard anyone talk about gender identity. Her young adulthood included a back and forth pull between periods of intense religiosity and religious apathy, running away from home for a time and eventually leaving the Orthodox community.

But Rosen’s childhood in Hasidic Brooklyn continued to influence her career. She jokes that she transitioned so she could stop playing the role of the rabbi in plays and movies, which she has done multiple times, including on “Unorthodox.” (Her character, Reb Yossele, sought to get the main character to return to Orthodoxy.) That job included writing scenes, coaching actors on Yiddish pronunciation and making sure details of the set and script were accurate. 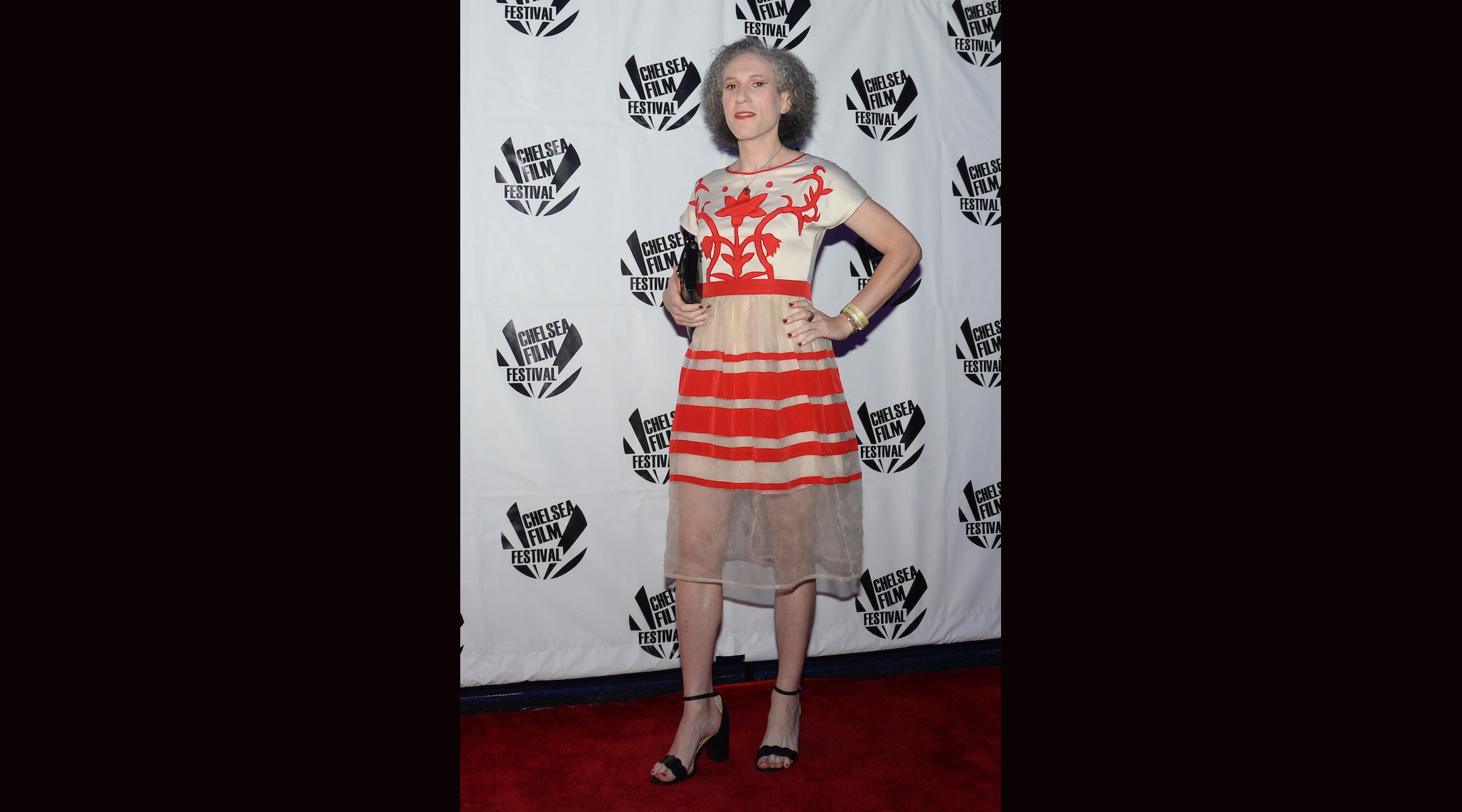 Upbringings like Rosen’s were on Jonathan Branfman’s mind when he wrote “You Be You,” which he describes as an “intersectional” book portraying sexuality as evolving that was released in English in 2019. He was a doctoral candidate in gender and sexuality studies at Ohio State University when he was inspired by teaching college students to write the book, aimed at children ages 7 to 11.

“I wish we could just learn accurately and in a stigma-free way about gender and sexuality and family from the beginning,” Branfman, who is now teaching at Cornell University, recalled thinking. “And wouldn’t it be wonderful if LGBTQ identity was as familiar as the ABCs and learned at the same time, so that all kids could grow up accepting themselves and accepting others?”

Since the English edition was released in 2019, “You Be You” has been translated into nearly two dozen languages, including Turkish, Arabic and Chinese. Through every translation, the book has gone through a process of not only language translation but also cultural translation, ensuring that the book is suitable for readers coming from different cultural starting points when approaching issues of gender and sexuality.

As a scholar whose studies include Jewish media and how Jews are portrayed in popular media, Branfman knew he wanted a Yiddish edition. Connecting with Rosen, who has spoken widely about her experience leaving Orthodoxy, the pair decided to combine academic Yiddish, which is seeing a surge of interest among college students, with the dialects spoken in Hasidic communities — much in the way that the new Yiddish version of Duolingo does.

Branfman and Rosen had a Yiddish vocabulary to draw on. After all, many English words and phrases have migrated into Yiddish with slight “Yiddish-izing” alterations. That made translating words like “lesbian” and “sexuality” from English to Yiddish relatively simple. 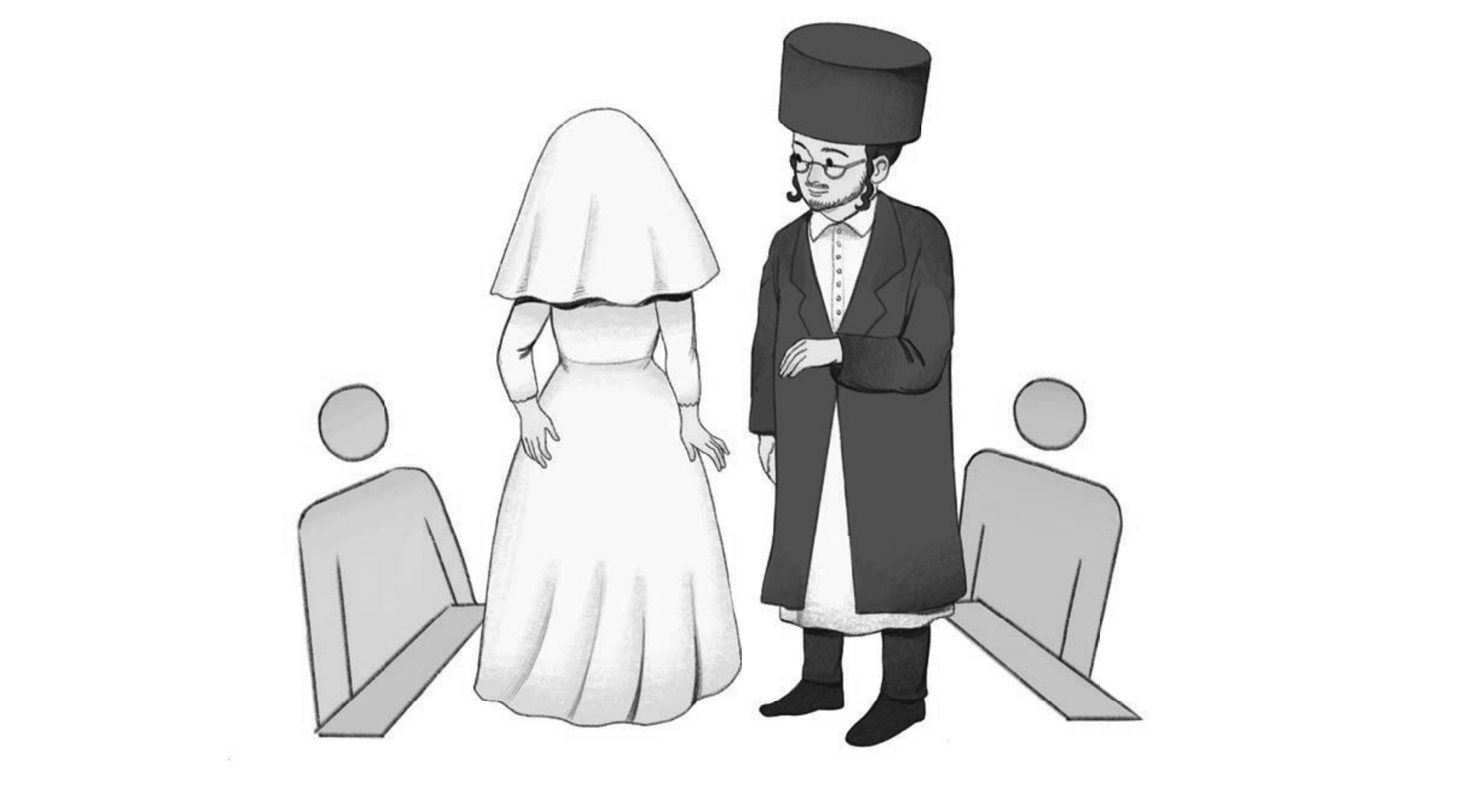 A special illustration created for the Yiddish edition features a bride and groom dressed in traditional Hasidic clothing. (Courtesy Branfman)

But many of the ideas in “You Be You” are less familiar among most Yiddish speakers. The book introduces readers to nontraditional family structures and includes explanations of terms like cisgender and nonbinary — ideas that are not present within the Hasidic Orthodox communities where Yiddish is the vernacular.

Since Branfman and Rosen knew they couldn’t assume that all readers would come to the book with the same starting assumptions as readers of the English editions, they made some substantive changes without adjusting the book’s ethos. Sections about dating, for example, had to be altered to include the possibility that a couple might meet through a shadchan, or matchmaker, rather than casually.

And for the illustrations, Branfman and Rosen chose to alter one of the illustrations to introduce an image of a bride wearing a thick veil, common at Hasidic weddings, and a groom wearing a shtreimel, a fur hat worn by Hasidic men, so readers would find a familiar image in the book’s pages. They also added a kippah to an existing drawing of a Black man, to include more visibly Jewish illustrations and to nod at Jewish diversity.

“Showing people from all these non Hasidic and non-Jewish backgrounds is super important,” Rosen said. “It’s not like we were going to change all the photos to show pictures of Hasidic people, but at the same time, it was super important that they see themselves.”

The book is unlikely to be sold in Hasidic book stores or openly displayed on the bookshelves of Hasidic families because of the conservative mores around gender and sexuality in Orthodox communities. In Hasidic communities, sexual education is typically nonexistent or limited to classes before marriage where soon-to-be brides and grooms separately learn Jewish law about “family purity,” mostly related to when they can have physical contact and when they must not.

But Rosen imagines some more open-minded Hasidic parents purchasing the book online and reading it to their children discreetly. She also imagines Hasidic children like her younger self finding the book in a library and discovering a vital resource for their own exploration of gender and sexuality.

At first, Rosen thought of her friends who also left the Hasidic world after questioning their place in it, particularly because of gender or sexuality. Over time, she realized she was thinking about her own experience, too.

“God knows that if I as a teenager had access to this, it would have been inordinately helpful and beneficial to me in my journey,” Rosen said. “I may have even come out 20 years ago, or 30 years ago.”