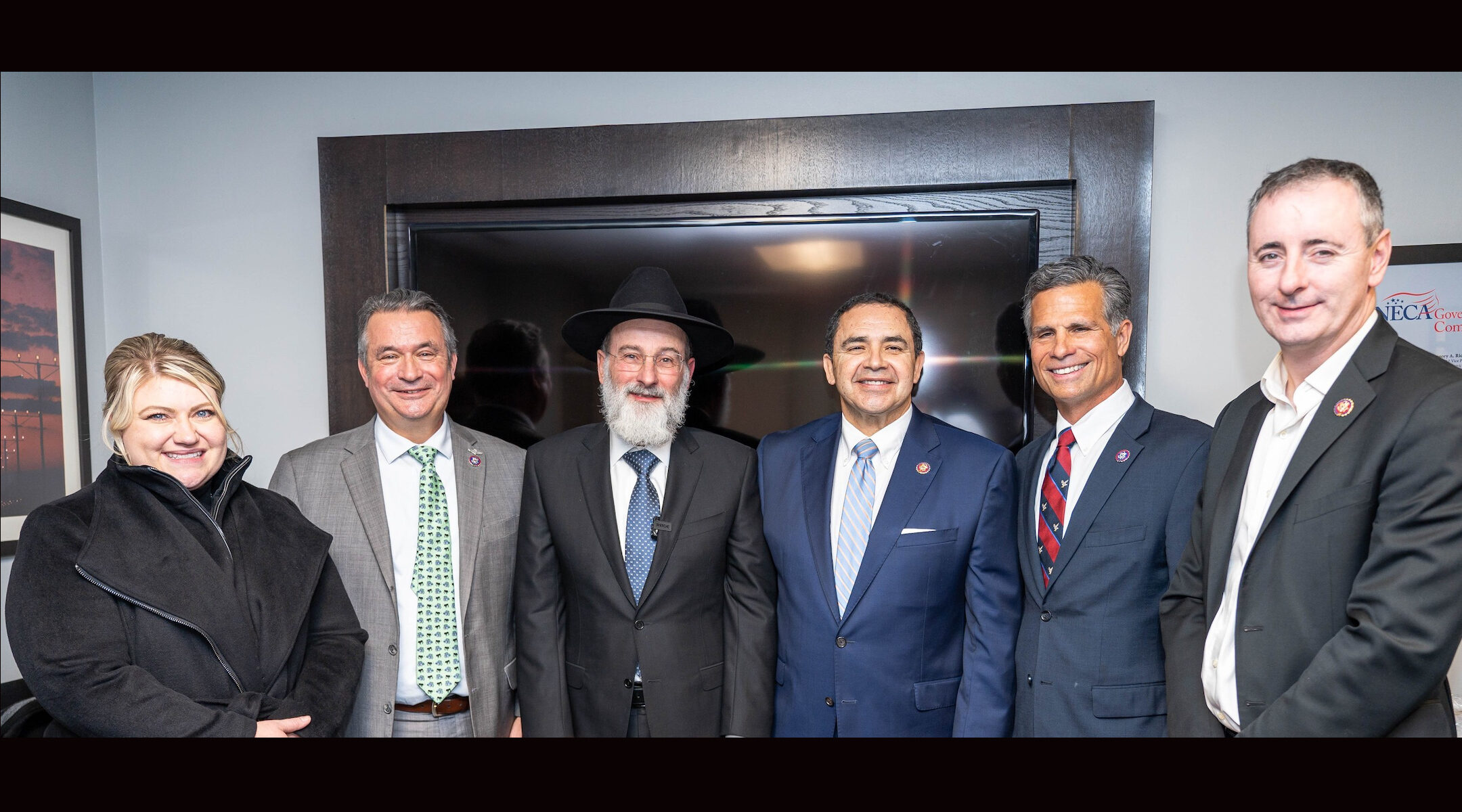 WASHINGTON (JTA) — An array of liberal-leaning Jewish groups, including bodies of the Reform and Reconstructionist movements, have told two non-Jewish congressmen who launched a “Torah Values Caucus” that their efforts are “misguided.”

“While we appreciate your stated desire to fight antisemitism, this caucus is a misguided effort,” said the letter sent Wednesday to Reps. Don Bacon, a Nebraska Republican, and Henry Cuellar, a Texas Democrat, who last week founded the Congressional Caucus for the Advancement of Torah Values.

“A caucus in Congress should not take on itself defining what constitutes ‘Torah Values’ in order to pursue a particular political agenda,” said the letter, initiated by Americans for Peace Now and signed by, among others, the Reform movement’s Religious Action Center, the Reconstructionist Rabbinical Association, J Street and ALEPH: Alliance for Jewish Renewal.

“And if the nature of this suggests that pursuing one set of religious values is the foundation of your legislative activity it raises significant concerns regarding the separation of church and state, which has been one of the keys to the long-term safety and security of the American Jewish community,” the letter said.

The caucus said it would also dedicate itself to combating “anti-Israel bigotry.” None of the 37 Jewish members of Congress appear to be involved in the caucus.

The congressmen apparently consulted with Rabbi David Hofstedter, the Canadian founder of an Israel-based organization called Dirshu which encourages the study of Torah. At the launch, Hofstedter spoke of antisemitism but also of COVID-related lockdowns which he said adversely affected synagogues and yeshivas.

“This might have been avoided if you had consulted with rabbis and Jewish leaders from many of the major institutions in American Jewish life,” said the letter sent Wednesday. “To have chosen a single rabbi from outside the country led to a skewed sense of our community’s needs and values. We hope that going forward, you will look to a diverse set of leaders from the American Jewish community on how best to support us in the fight against antisemitism.”

The other groups signed onto the letter are T’ruah, a rabbinical human rights group; Partners for Progressive Israel, an umbrella of pro-two-state solution groups; Ameinu; and the Workers Circle.