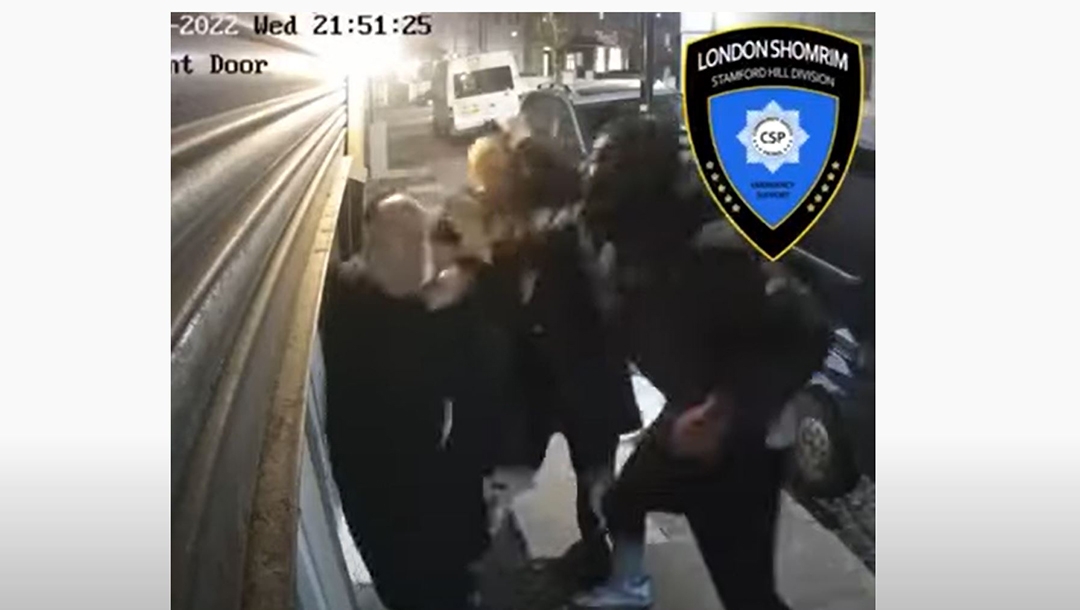 (JTA) — In two separate incidents in the past week, two Orthodox Jews were assaulted in London and a Jewish teenager was attacked in Milan, Italy.

On Wednesday, British police arrested a man who was caught on security camera footage assaulting two Orthodox men on the street in the heavily-Orthodox London neighborhood of Stamford Hill.

The man passes them by before circling back to deliver multiple punches and kicks, knocking down both men down to the ground. He also kicks aside a kippah that one of the victims lost during the beating.

The incident, which police said is being treated as a hate crime, prompted a rare statement by a senior police officer. Superintendent Simon Crick noted that it had occurred on the eve of International Holocaust Remembrance Day.

“On this most important day, this is an awful reminder that hate crime still exists,” Crick said.

Separately, the parents of a 12-year-old Jewish boy told police that he was beaten and hit with verbal antisemitic abuse by a group of teenagers near Livorno, a coastal city about 130 miles northwest of Rome.

Italian media quoted the attackers as saying “You need to be quiet because you are Jewish,” and “you should die in the oven.”

The Associated Press quoted Liliana Segre, an Italian-Jewish senator and Holocaust survivor, about the incident.

“These are things that amaze me, but unfortunately I am used to it,” she said, adding: “History repeats itself.’’