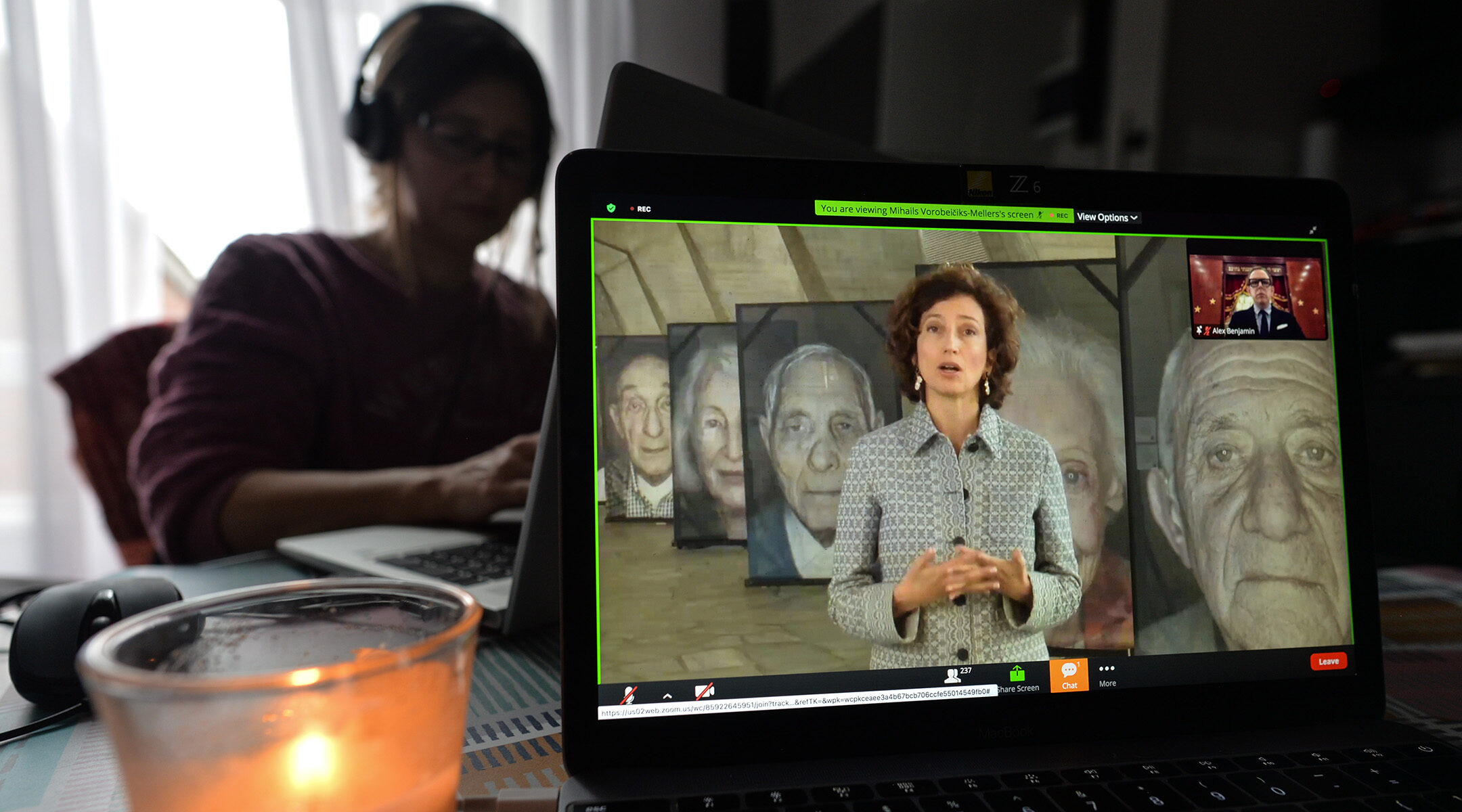 BERLIN (JTA) — A new survey of youth in Germany shows growing interest in Nazi-era history, but it also suggests that their attention span is shrinking.

According to the study conducted by the Cologne-based Rheingold Institute, Germany’s 16-25 year olds are much more interested in the Nazi era than their parents were. They tend to draw analogies from the time period to racism and discrimination today, and are eager to examine the motives of perpetrators.

But they also want more “snackable content,” or information in digestible doses, and a “fusion of digital and analog” offerings, like digital follow-ups after visits to memorial sites – needs that the study authors admitted would be a challenge to meet.

The study, which included lengthy interviews with 100 members of Generation Z — those born between the late 1990s and early 2010s — and with a control group of adults aged 40-60, followed by a quantitative survey of 1,058 adolescents and adults, was commissioned by the Arolsen Archives, a repository of Nazi-era documentation, and released Jan. 25, just ahead of International Holocaust Remembrance Day.

The authors of the study said the younger generation felt both “fear and fascination” when faced with the crimes of the Holocaust and wished to grapple with both of those reactions.

“They want to put themselves in the victims’ shoes and empathize with the injustice done to them, but they want to stare into the face of evil and examine the perpetrator perspective, too,” the authors wrote.

When asked how they had been introduced to the topic of Nazi history, 62% of the young respondents said they had seen feature films and documentaries. Only 28% said they had visited a memorial site or exhibition, and 15% percent had attended an event with a contemporary witness.

Most Gen Z respondents, 58%, said they favored online sources of information like podcasts, YouTube videos, and Twitch.tv. They also said they wanted “more exciting and thrilling stories,” as in feature films and series. A similar percentage, 56%, said they wanted to access stories of contemporary witnesses more easily through holograms, chats, social media and more.

More than half, 54%, agreed that Nazi history is often looked at from the victim’s perspective; they would like to learn more about the perpetrator’s perspective.

About 24% of the respondents had an immigrant background, meaning they or at least one of their parents is not from Germany. The authors noted that, unlike youth whose forebears grew up in Germany, the youths with immigrant backgrounds “do not harbor the suspicion that their own forebears might be perpetrators.” They also tend to be particularly interested in how such extreme forms of exclusion came about, seem particularly sensitive to current forms of exclusion, and often report being bullied themselves, the report said.

The authors noted a question “that haunts many of them: Would I have been a victim? And how could these things happen?”

Meanwhile, a new survey of students in Canada and some in the United States found that about one third of them think the Holocaust is “exaggerated or fabricated.” About 3,600 students in grades six through 12 took part in the study by the Ontario-based Liberation75, a Canadian charity focused on Holocaust commemoration and education.

Like the German study, the Liberation75 survey released Jan. 26 showed that a large majority of youth want to know more about the Holocaust.  Social media was the main source of information on the topic for about 40% of respondents.