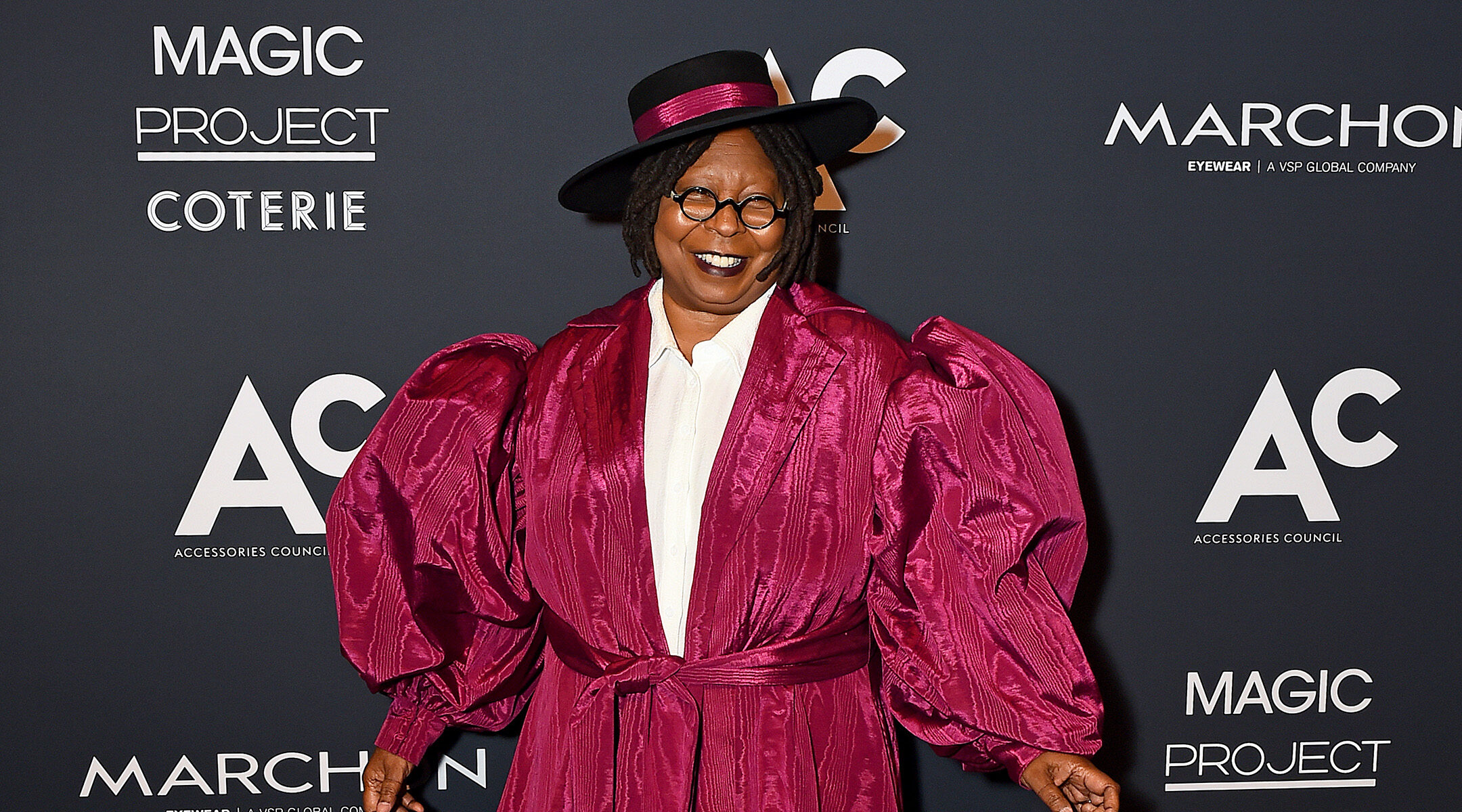 (JTA) — Whoopi Goldberg apologized for upsetting people by starting a debate on Monday over whether the Holocaust was “about race,” writing that she is “sorry for the hurt I have caused.”

But in an appearance that aired that same night on “The Late Show with Stephen Colbert,” she elaborated on some of her views on the Holocaust that will likely continue to generate controversy.

On “The View,” a show that Goldberg co-hosts, she said “the Holocaust isn’t about race,” but rather about “man’s inhumanity to man.” As she explained in an apology that she tweeted that evening, and on Colbert’s show, the statement brought on a torrent of criticism and accusations of antisemitism. She wrote in a tweet that she should have said the Holocaust “is about both” inhumanity and race, quoting Anti-Defamation League CEO Jonathan Greenblatt in the process.

“The Jewish people around the world have always had my support and that will never waiver. I’m sorry for the hurt I have caused,” she wrote.

Adolf Hitler repeatedly referred to Jews as a race rather than a religious group in his writings leading up to and during the Holocaust, and the debate over whether Jews are a non-white race has raged for centuries before that.

But at the start of her “Late Show” appearance, Goldberg said that although she understands the other view, she still sees the issue differently.

“I feel, being Black, when we talk about race, it’s a very different thing to me,” she said. “As a Black person I think of something that I can see.”

She went on to argue that Jews are white and that no one can tell whether someone is Jewish from their physical appearance — even Nazis or members of the Ku Klux Klan.

“If the Klan is coming down the street and I’m standing with a Jewish friend…I’m gonna run. But if my friend decides not to run, they’ll get passed by most times, because you can’t tell who’s Jewish,” she said. “It’s not something that people say, ‘Oh that person is Jewish.'”

Colbert pushed back lightly, stating that the Nazis saw Jews as a different race.

Goldberg’s original comments on “The View” came during a discussion of the banning of “Maus” by a Tennessee school board, and amid a larger nationwide reckoning on Holocaust and race education in American schools.

Born Caryn Elaine Johnson, Goldberg has no Jewish ancestry but says she adopted her stage name to be deliberately Jewish-sounding, in part because she has said she personally identifies with Judaism.  She told a London audience in 2016, “I just know I am Jewish. I practice nothing. I don’t go to temple, but I do remember the holidays.”