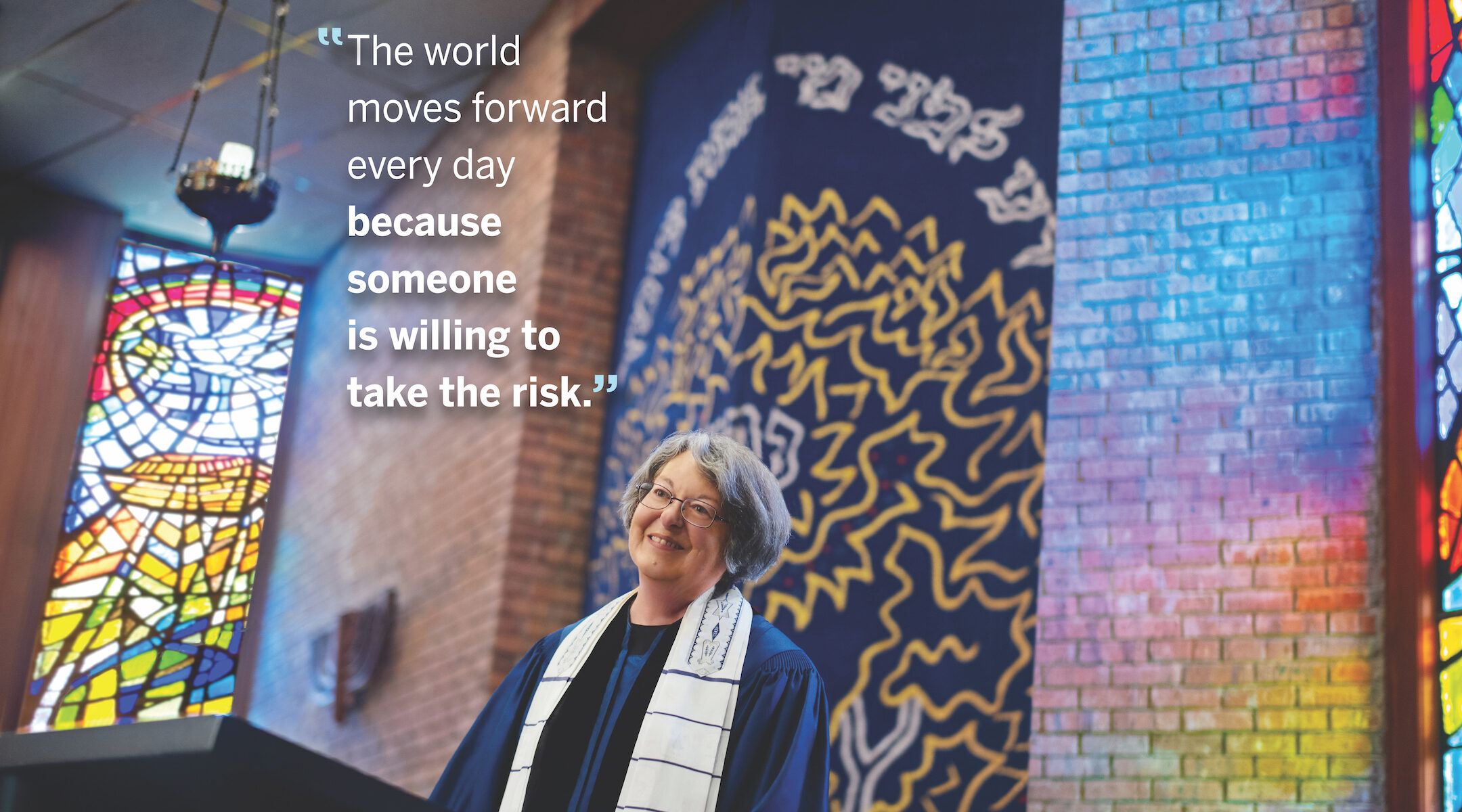 Hodesh tov and Gong hei fat choy, New York! Today marks the Lunar New Year, celebrated in many Asian communities, and it’s also Rosh Hodesh, the start of the Jewish month of Adar. The holidays tend to line up because the Chinese and Hebrew calendars are hybrids of the solar cycle and the lunar cycles timed to the new moon. (It’s also the first day of February, which is a complete but happy coincidence!)

Campus scare: Yeshiva University students received an alert Monday morning that the NYPD was investigating an “unsubstantiated phone call threat” near its Morningside Heights campus. Students were advised to “stay indoors, if possible.” The NYPD gave the campus an “all clear” at 9:52 a.m. It is unclear if the threat was antisemitic. Six historically Black colleges and universities also received bomb threats early Monday.

They persisted: We got a sneak peek at a new museum exhibit celebrating 50 years since the ordination of the first American woman rabbi. “Holy Sparks,” opening today at Hebrew Union College’s Greenwich Village campus, pairs 24 female rabbis — all “firsts” of some kind — with 24 female Jewish artists asked to portray their stories.

The Not-So-Great Resignation: Judaism’s Conservative movement is warning that there are many more vacant pulpits than rabbis available to fill them, JTA reports. According to the Rabbinical Assembly, at least 80 Conservative synagogues anticipated rabbi vacancies this year, while, at most, 50 to 60 rabbis would be looking for new jobs.

Remembering: Esther Pollard, who spent decades fighting to see her husband Jonathan live free in Israel after he was convicted of spying on the United States, has died at 68 from cancer. The couple were restricted to residency in New York after his release from prison in 2015, and allowed to moved to Israel in December 2020.

The Museum of Jewish Heritage and the Fritz Ascher Society present a virtual lecture exploring the Holocaust in art with German art historian and curator Eckhart Gillen. Gillen will ground the discussion in the Museum’s exhibition “Boris Lurie: Nothing To Do But To Try.” Register here. 2:00 p.m.

Historian Laura Arnold Leibman, author of “Once We Were Slaves: The Extraordinary Journey of a Multiracial Jewish Family,” unravels the mystery of a famous New York Sephardic Jewish family whose ancestors were Christian, enslaved people of color in Barbados. The virtual talk is sponsored by the Allen and Joan Bildner Center for the Study of Jewish Life at Rutgers University. 7:30 p.m.