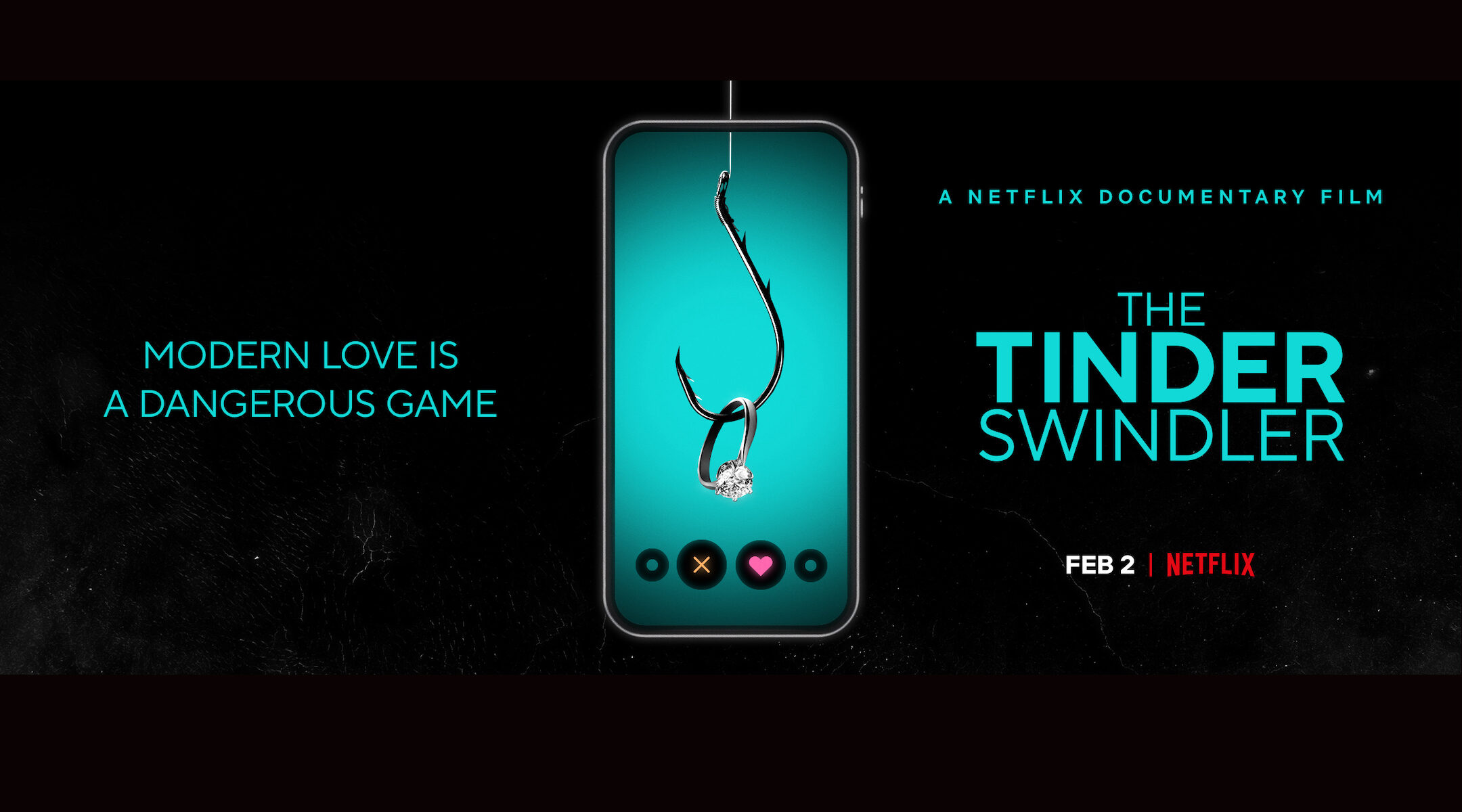 "The Tinder Swindler," the true story of a high-flying Israeli con man, has been seen millions of times since premiering on Netflix Feb. 2, 2022. (Netflix)
Advertisement

(JTA) — Tinder says it has banned Shimon Hayut and all of his known aliases. But it’s hard to imagine anyone swiping right on the Israeli who masqueraded as a son of the Russian-Israeli diamond dealer Lev Leviev while allegedly defrauding women he met on the dating app, now that millions of people have seen a Netflix documentary about his crimes.

“The Tinder Swindler,” released last week, offers a dramatic reconstruction of the shocking story that emerged in early 2019. Under the alias Simon Leviev, Hayut would wine and dine Scandinavian women, proclaiming his love and commitment before convincing them to give him money that he said he needed to escape his “enemies.”

Hayut had been arrested and jailed in Finland for his crimes, which amounted to a Ponzi scheme as he stole from one woman to support a lavish lifestyle with the next. (Think Clark Rockefeller meets Bernie Madoff meets Anna Delvey.) But after his release, he allegedly carried on in the same way until a handful of victims linked up with each other and Norwegian journalists to reveal his scam.

As a result of their intervention, Hayut — whose father was actually the chief rabbi of El Al, Israel’s national airline — was arrested in Greece and returned to Israel, where he was wanted on years-old fraud charges. He was sentenced to 15 months in prison but served only five before being released early during the COVID-19 pandemic.

The documentary, which centers on the testimonials of three of his victims, unspools many of these details, but brings them to life with dramatic reenactments; scenes from the many European cities on his fraud circuit; and audio clips from the voice messages, sometimes tender and sometimes threatening, that he left for the women he defrauded. Visualizations bring viewers into his text messages and the Google searches that his victims undertook. (Each time, searches starting with “Shimon” are seen to first prompt users to look up Shimon Peres, the former Israeli prime minister.)

The film also offers some new information, including that Hayut told one woman that scars on his body were from being “manhandled in prison because he was Jewish.” And it features footage of Israeli investigative journalist Uri Blau accompanying the Norwegian journalists to Hayut’s mother’s apartment in suburban Tel Aviv and to the local police station, where an officer confirms that Leviev and Hayut are one and the same.

The documentary even draws on Israeli coverage of Hayut’s alleged crimes. “Not all Israeli men are such crooks,” one Israeli TV news presenter tells two of Hayut’s victims in a clip included in the film.

Not everything that Israeli media has reported about Hayut made it into the “The Tinder Swindler.” The movie doesn’t address the fact Hayut reportedly posed as a medical professional to jump Israel’s country’s coronavirus vaccine queue. (He wasn’t the only Israeli to bend the rules.) Nor does it delve into allegations reported in Israeli media that Hayut’s father had helped him flee the country previously and may even have participated in his fraud schemes.

The movie concludes with a cautionary note: Hayut is living as a free man in Israel, seemingly spending beyond his means according to his posts on Instagram. His account, which showed him with fancy cars and clothes and highlighted what he said was a successful career in real estate, is no longer online.

A companion podcast, “The Making of a Swindler,” hosted by filmmaker Felicity Morris will explore Hayut’s business associates, including someone named Avishay who is not identified more extensively in the movie, and his upbringing as the son of a rabbi in Bnei Brak, the largely Orthodox city near Tel Aviv. The first episodes of “The Making of a Swindler” drop Wednesday.