With a historic shofar blast, a Georgia rabbi blows a wake-up call to state legislators 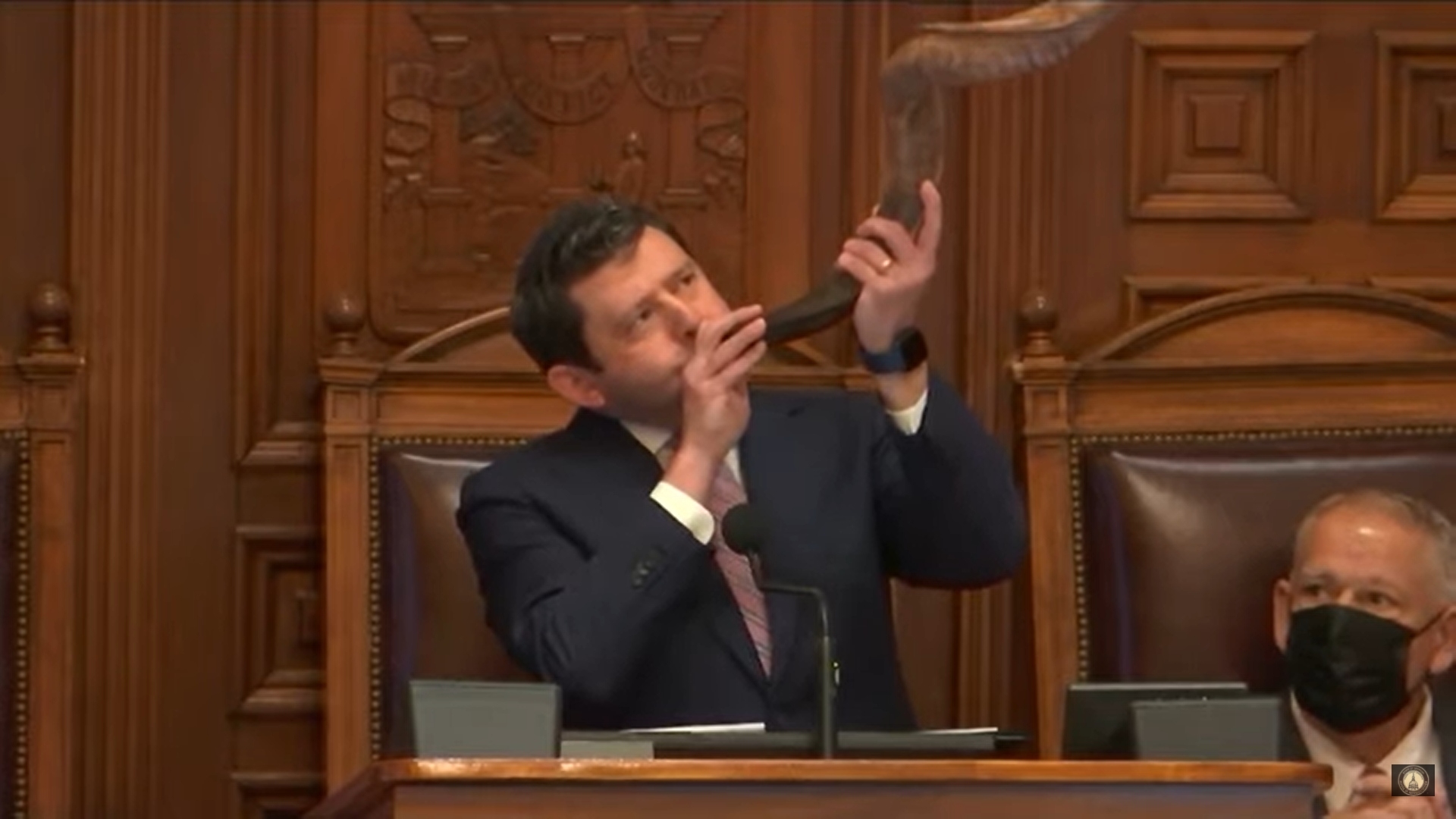 (JTA) –When Rabbi Larry Sernovitz was asked to deliver the morning devotion to the Georgia state legislature, he came armed with an ancient alarm: A shofar, the ram’s horn blown in synagogues during the high holy days.

The Atlanta Journal-Constitution reported that Sernovitz made history Tuesday when he blew a shofar in the legislature, a first for the state legislature — and, according to Howard Mortman, an author who has tracked rabbinical benedictions in legislatures, probably the first in any U.S. legislature.

Sernovitz, the rabbi of Kol Emeth in Marietta in Atlanta’s suburbs, delivered a message urging unity in a diverse and fractious country. He likened the onset of the pandemic two years ago to God’s blowing of the shofar at Sinai in Exodus, uniting a fractious people of Israel in awe and fear.

“How many distractions, the pettiness, the indulgence of our less admiral qualities would we have to give up to be holy?” is how Sernovitz phrased the challenge that God posed to the tribes of Israel. “The world was in chaos before the pandemic and the cracks in our country and or world were only getting worse. I believe that it was at that moment that God hit the reset button and sent everybody to their rooms, to their homes to think about their lives.”

At the outset, Sernovitz blew a tekiah, an extended blast, and two shevarim, short blasts. He was surrounded by legislators afterward who asked him about the ram’s horn. He blew the shofar in private for Gov. Brian Kemp later in the day.

Sernovitz told the legislators he was available if they needed more of the same. “The shofar, the loud blast of the horn, is a wake-up call,” he said. “Before y’all go out and buy a shofar-themed alarm clock, if you need, just give me your number, I’ll call you in the morning, and I’ll blast that shofar to keep you alert when you begin to get jaded about our world.”