Tottenham Hotspur fans have long called themselves ‘Yids.’ This week, the British soccer team asked them to stop. 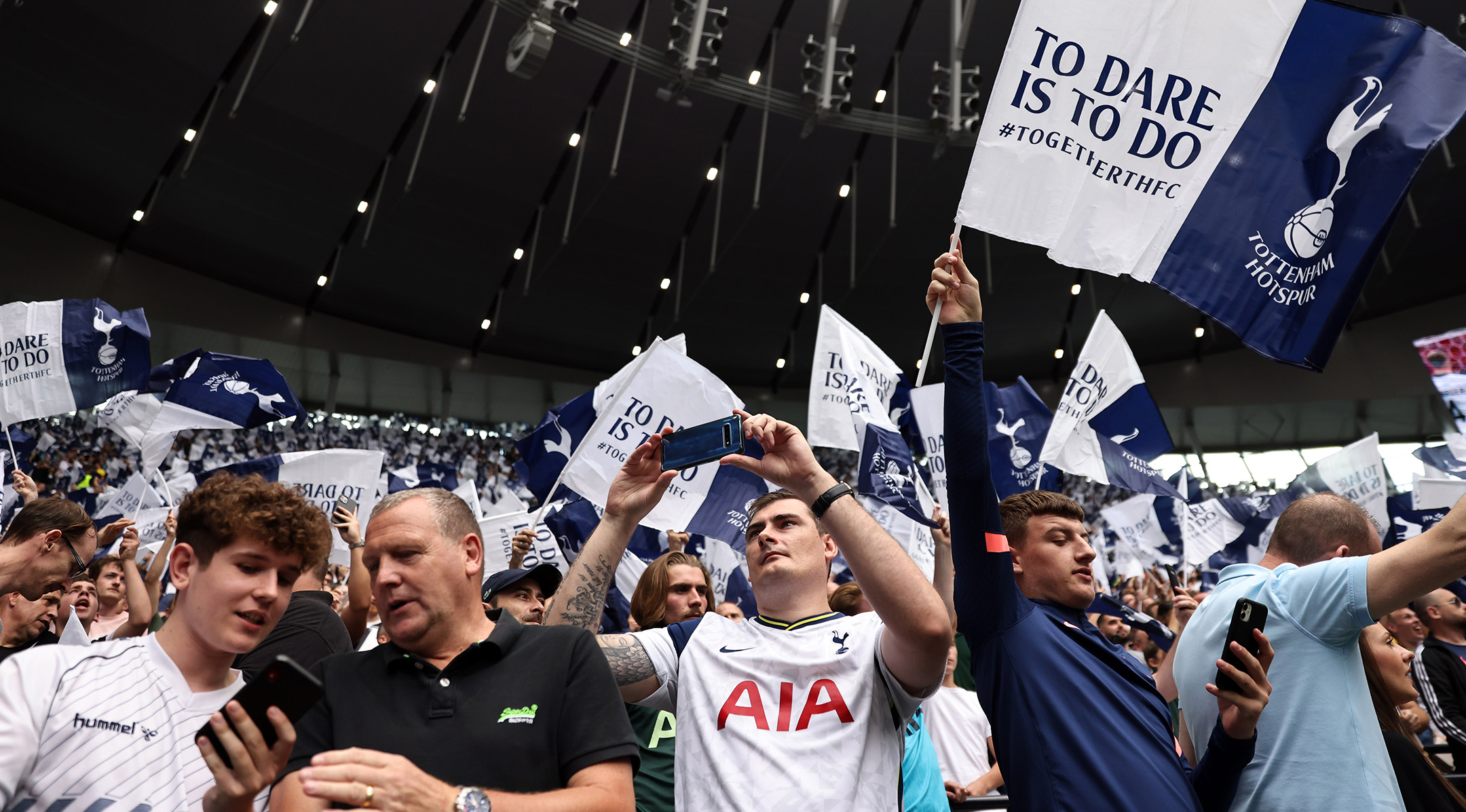 (JTA) — A British soccer team that had previously defended its fans’ self-designation as “yids” has for the first time asked they stop.

Tottenham Hotspur, a prominent London team with a sizable Jewish fanbase and a reputation of being Jewish among fans of rival teams, made the request in a statement on its website Thursday.

“It is time to move on from associating this term with our club,” the club wrote in the statement, which reflected the outcome of an inquiry that the team launched

In the statement, the club described the use of “yid army” and “yiddo” by its fans as a way of deflecting the antisemitic chants of fans of rival teams, by owning the slur and turning it on its head.

“Among the reasons some fans choose to continue to chant the term now is to show unity and support for the team, as well as each other, as a defense mechanism against antisemitic abuse that still exists and also as a way to identify as a Spurs fan,” the statement read.

The statement said the team seeks “to create a welcoming environment that embraces all our fans” but the nickname increasingly stood in the way.

“It is clear the use of this term does not always make this possible, regardless of context and intention,” the statement said.

The team presented figures from what it called interactions with more than 20,000 fans since 2019, in which 94% of respondents acknowledged that Yid “can be considered a racist term against a Jewish person.”

The same data shows that a third of respondents use the term themselves and that only a minority preferred to see Tottenham fans “choose to chant the Y-word less or stop using it altogether,” according to the team.

In 2020, Tottenham Hotspur’s management protested the Oxford Dictionary’s designation of the word Yid as a racist slur, citing how many fans apply it proudly.

The club’s reversal received pushback from some fans, including a columnist for the British sports website Spiked who said the team’s decision “indirectly empowers the real anti-Semites” by letting them define the meaning of the word “yid.”

Several soccer teams in Europe, including Ajax in the Netherlands and Bayern in Germany, are considered by fans and rival fans to be associated with Jews. This in turn has led to antisemitic chants at stadiums and beyond.

The fans of the so-called Jewish teams often respond by brandishing Jewish signs, including the Israeli flag, which is a common sight at Ajax matches.