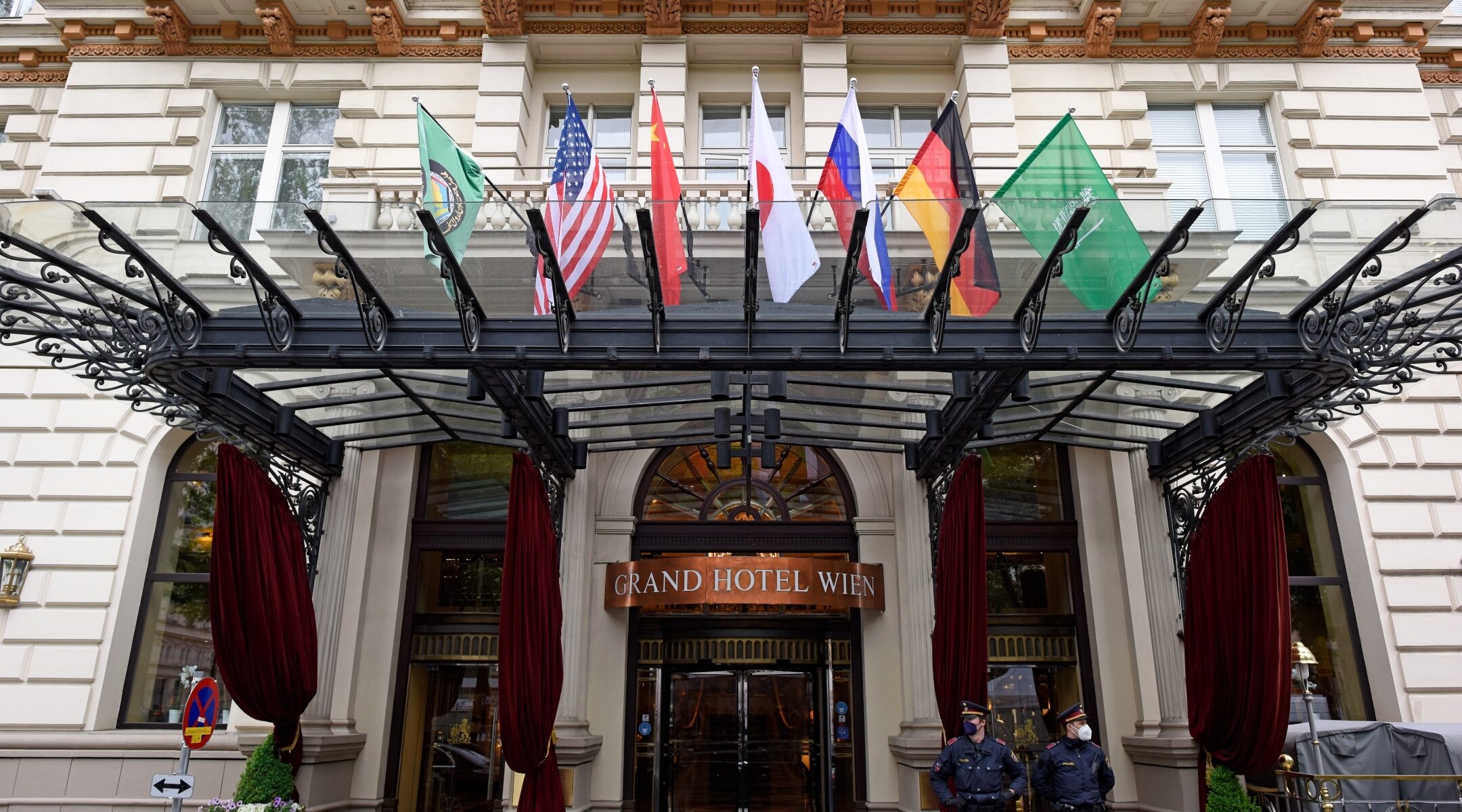 Police guard the Grand Hotel in Vienna on the day the Iran nuclear talks were to resume in Vienna, May 25, 2021. (Thomas Kronsteiner/Getty Images)
Advertisement

WASHINGTON (JTA) — At least two diplomats attending talks in Vienna aimed at bringing the United States back into the Iran deal say it could happen as soon as next week.

Reuters quoted the British and Russian envoys to the talks as making the prediction, saying the sides were close. Robert Malley, the lead U.S. negotiator, is remaining in the Austrian capital over the weekend, a sign of late-in-the-game work to be done.

Reuters also reported that the Iranian envoy believes that most of his country’s demands have been considered at the talks.

Pundits on social media have speculated as to the terms, but there has yet to be solid reporting. The United States wants Iran to return to the strictures on uranium enrichment under the terms of the 2015 deal. Iran wants an array of sanctions imposed by the Trump administration lifted.

Israel, the centrist and right-wing pro-Israel lobby, Republicans and some centrist Democrats are already intimating that they will mount a forceful opposition to the deal if they see it as giving away too much. Sen. Robert Menendez, the New Jersey Democrat who chairs the Foreign Relations Committee, and who is close to the Biden administration on an array of separate issues, has voiced his skepticism of the talks, and said he will subject any deal to strict oversight.

The United States is also seeking the release of Americans imprisoned in Iran, although it is not clear to what degree this effort and the nuclear talks are linked.

The Obama administration brokered the sanctions-relief-for-nuclear-rollback deal in 2015. Former President Donald Trump exited the deal in 2018, saying it was worthless and he would be more able to extract concessions from Iran through economic and diplomatic pressure. Instead, Iran also pulled out partially from the deal and in recent months reportedly is enriching uranium to near-weaponized levels.

President Joe Biden campaigned on reentering the Iran deal, seeing it as the best means of keeping the country from acquiring nuclear weapons.