My history with my native Ukraine is complicated and often painful. But I pray for the safety of my friends and family. 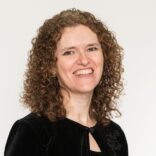 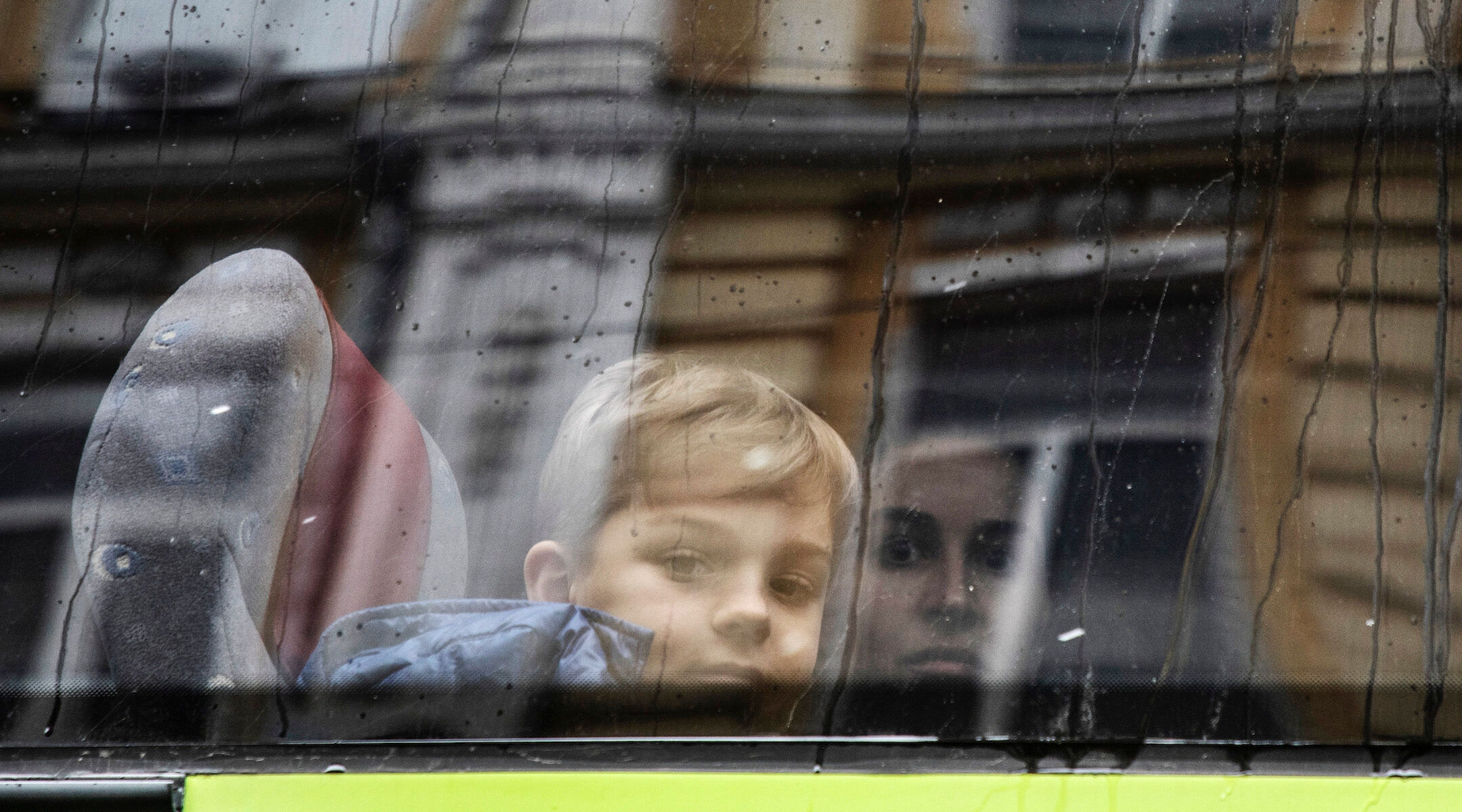 A child aboard a bus in front of the Brodsky Synagogue in Kyiv, Ukraine was among the 150 members of the congregation leaving the capital, March 2, 2022. (Laurent Van der Stockt for Le Monde/Getty Images)
Advertisement

(JTA) — Last week I stood at the Western Wall, on a beautiful sunlit Jerusalem day, and cried. I recognized how very privileged I was to stand in that holy place, but I also felt very alone in that moment. I was in my Jewish homeland, but away both from my chosen home in New York, and my birthplace in Kyiv, Ukraine. And my birthplace is burning right now, its people are bleeding.

I don’t know what comes to your mind when you think of Ukraine today.

Shortly before I came to the Kotel, I had a brief conversation with a stranger, someone who seemed perfectly nice. The subject of war in Ukraine came up, inevitably, and she said, “I am actually of two minds here. The Ukrainians were so horrible to us, it’s hard for me to feel compassion for them right now.”

I couldn’t speak, couldn’t find words at the moment. Here is what I wish I would have said:

When I think of Ukraine and Kyiv, I remember it as a place where at least three generations of my family, including me, were born. This is a place where I went to elementary school and where I returned to study in a Kyiv conservatory, a place where I still have friends, family, classmates and teachers.

Kyiv is also a place where my grandmother lost her job at the Kiev Opera House after the arrest and murder of my maternal grandfather under Stalin in 1937, and where my great grandparents perished in Babyn Yar. It is the place the German Nazis bombed at the beginning of the war, on June 22, 1941, which was my father’s sixth birthday. He was anticipating attending a soccer match with his dad, who instead was called to the army, while my father managed to flee the city with his mother and aunt. My father never saw his dad again.

In my lifetime, I fled Kyiv twice, on my own. Once as a 14-year-old escaping the radiation from Chernobyl, and again, in 1992, when I finally had a chance to come to the U.S. My history with Kyiv is certainly complicated, tangled and often painful.

But I have also watched with admiration and pride when the citizens of Ukraine fought for their independence in the Orange Revolution, and built a democratic country that welcomes Jews of all stripes, including Volodymyr Zelensky, its truly heroic president.

My friends and family members are now spending sleepless nights trying to escape Putin’s missiles, crowded in the Kyiv subway, or in their apartments, because they have elderly parents who don’t have the mobility to flee or hide. They are watching the night sky light up with explosions, and tell us when we call: “Don’t worry, we hear the fighting, but it has not hit us directly. Yet.” This is a horror we could not have imagined in our worst nightmare.

It’s easy to feel helpless in the face of such unprovoked aggression. Millions of lives in Ukraine are affected, including those of our fellow Jews, as Ukraine is home to one of the largest Jewish populations in Europe. The entire world order is disrupted. However, despair is not a solution.There are things we can do, for the Jewish and general communities in Ukraine. I am participating in a fundraising concert Sunday night, March 6 to help raise money for other organizations trying to relieve the suffering.

I hope and pray that our actions can and will bring real change.

As I was getting ready to leave the Kotel, I decided to walk over to the bookshelves in the back, filled with prayer books and other holy volumes. I picked up a tattered book of Tehillim, the Psalms, and asked for guidance. My eyes were closed as I willed my hands to open a random page. It was a short Psalm, only three verses, but what a psalm! It began with a very familiar verse: Hinei mah tov, umah na’im, shevet achim gam yachad: “Behold, how good and how pleasant it is for brethren to dwell together in unity.”

Such a tantalizing ray of hope in an impossibly dark world.

May the Merciful One fill our hearts with compassion and guide our hands to help diminish the immense pain and suffering in Ukraine. May we, one day soon, be privileged to sit together with our brethren there, Jews and non-Jews, in unity and peace.

Natasha Hirschhorn
is hazzan and music director at Ansche Chesed, a Conservative synagogue on Manhattan's Upper West Side.
The views and opinions expressed in this article are those of the author and do not necessarily reflect the views of NYJW or its parent company, 70 Faces Media.