Here’s how to help the Jews of Ukraine 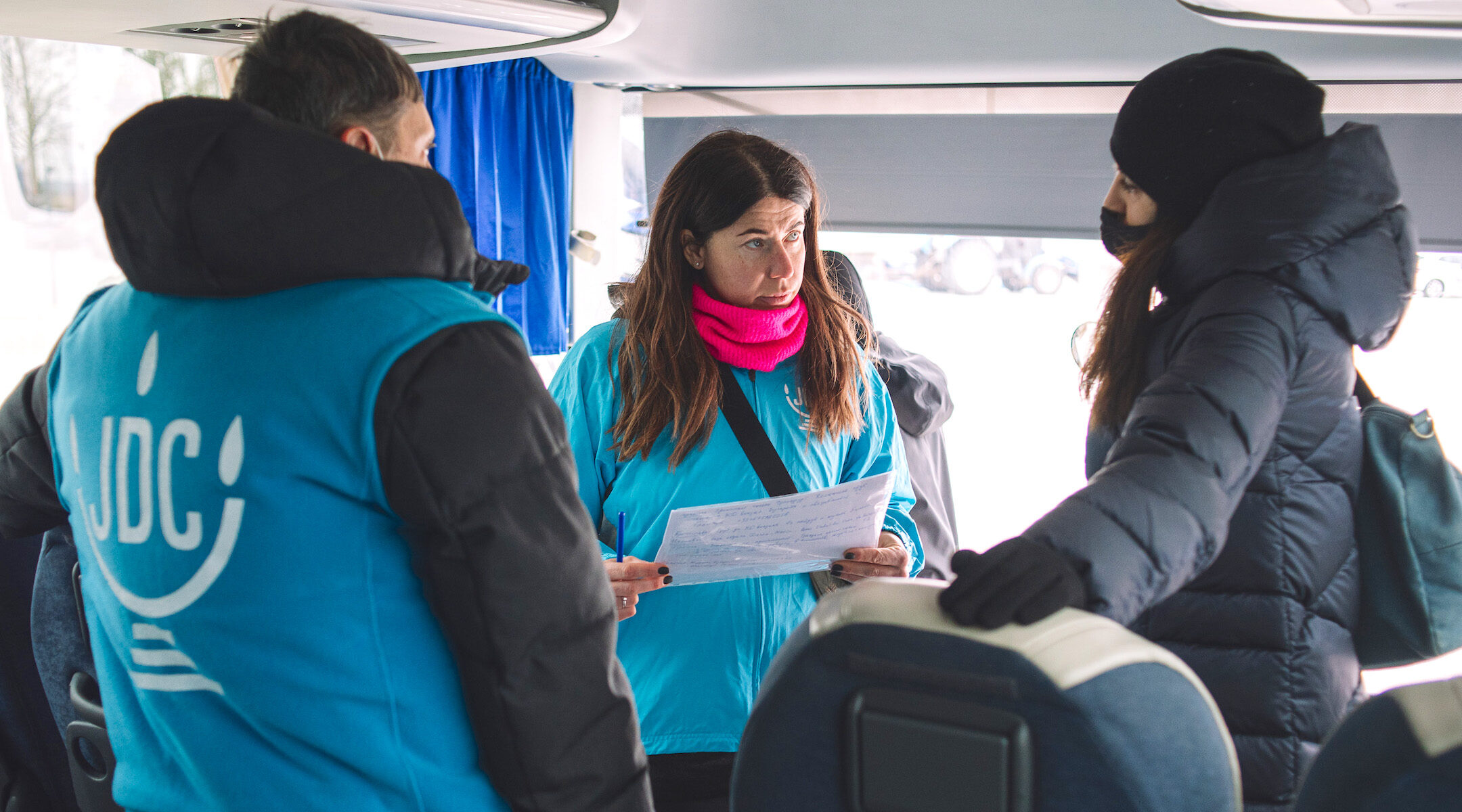 Staff from the American Jewish Joint Distribution Committee at the border between Romania and Moldova, preparing to assist Jewish Ukrainian refugees traveling through Moldova to Romania. (Ramin Mazur/JDC)
Advertisement

(JTA) — In response to the Russian invasion of Ukraine, Jewish organizations are directing aid for tens of thousands of Jews living in the embattled country, assisting refugees who are fleeing the fighting and helping area Jews who have been trying or are hoping to immigrate to Israel.

Below is a partial list of organizations that have ramped up ongoing efforts in the region or opened emergency mailboxes since the start of the war.

–The Jewish Federations of North America has an emergency mailbox for helping people immigrate to Israel, securing the local Ukrainian community and its institutions and maintaining critical welfare services, among other needs

-The American Jewish Joint Distribution Committee has a longstanding presence in the country, assisting impoverished seniors and supporting a network of Jewish community centers and social service agencies.

-The Afya Foundation, in conjunction with UJA-Federation of New York, is preparing urgently needed wound care, surgical equipment and biomedical equipment to be shipped to Ukraine.

-The American Jewish Committee’s emergency #StandWithUkraine fund is pledging to direct 100 percent of the funds to those meeting urgent needs in Ukraine, including  IsraAID, the rapid response Israeli relief agency, which is assisting refugees of all backgrounds in neighboring Moldova.

–HIAS is  working through channels within the U.S. and throughout Europe to support the safe and speedy resettlement of those seeking to leave Ukraine.

-Notes of support and friendship to HIAS and Jewish community center staff in Ukraine can be sent to general inboxes at partner JCCs that are located throughout the Ukraine.

-The Jewish Agency for Israel has opened an emergency hotline to provide Ukrainian Jews with guidance and information regarding the immigration process, as well as general assistance.

-The Chabad-Lubavitch movement has a Ukraine Jewish Relief Fund.

–Masorti Olami has a fund for Ukrainian Relief.

-UJA-Federation of New York has a dedicated mailbox supporting its partners providing humanitarian needs in Ukraine.

–Project Kesher is currently supporting an Emergency Fund for Women in Ukraine.

–Agudath Israel has a Ukraine Emergency Relief fund that has raised $5.3 million as of March 8.