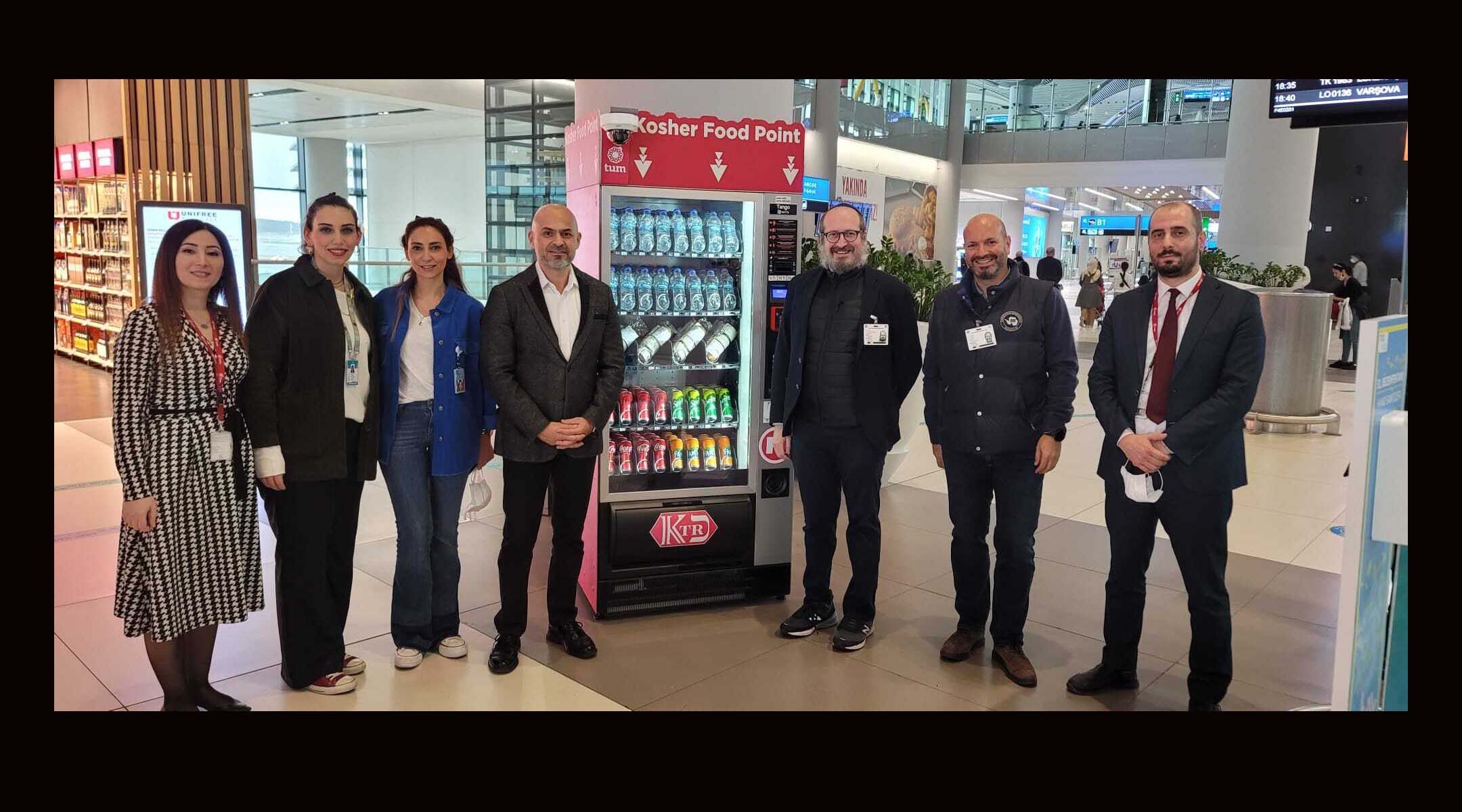 ISTANBUL (JTA) — The Istanbul Airport is one of the busiest in Europe, serving nearly 40 million people in 2021. Many of its observant Jewish travelers often get stuck in layovers there without kosher food options.

Now they have a flashy new go-to: a kosher vending machine, in addition to hot kosher meals sold in some of the airport’s lounges.

Since last month, the Kosher Food Point machine has offered sandwiches in the airport’s main mezzanine. All of the airport’s new kosher food is provided by the Istanbul-based caterer La Casa — which means “the home” in Ladino — whose proceeds support poor Jewish families in Turkey. The food is certified as kosher by both Denet Gida, an arm of the Turkish rabbinate, and an international certifier, OK Kosher.

“There’s more flights to Tel Aviv than to London,” Rabbi Mendy Chitrik, who helped organize the arrangement, told the Jewish Telegraphic Agency. “It’s definitely a very important hub where hundreds of thousands of kosher eating Jews pass through, and sometimes they stop over, sometimes they get stuck.”

Chitrik is Turkey’s Ashkenazi chief rabbi, and a member of the Hasidic Chabad-Lubavitch movement. He manages kosher certifying operations on behalf of the Turkish Rabbinate, but he also represents the Israeli Rabbinate, the U.S.-based Orthodox Union and several other certifying agencies in the country.

The new airport options are a huge weight off his shoulders, as he was frequently contacted by hungry travelers trying to get kosher meals while passing through.

“For many years I had the habit of bringing kosher food with me every time I went to the airport, to give out to people there,” Chitrik said.

After one time too many, he tweeted about his practice.

Why is there no Kosher food available in the Istanbul Airport?

Everytime I fly – I bring with me food for stranded & hungry Jews who missed their flight.

Isn't it time for @igairport and @TurkishAirlines to assure that Kosher food is available for purchase and in the lounge?

To his surprise, airport authorities reached out to him and made kosher food options a reality.

In addition to helping hungry Jews, the development brings visibility to Jewish religious life in the Muslim world, argued Chitrik, who is also director of the Alliance of Rabbis in Islamic States

“It’s a statement of comfort, of welcoming, of tolerance and coexistence,” Chitrik said. “And that’s a good thing. It’s a sign of the normalization Jewish life in the Muslim world.”

Though only 15,000 Jews live in Turkey amid a total population of 80 million the country is a significant producer of kosher products. Overall, Turkey is the world’s seventh-largest food producer, and more than three hundred factories around the country have kosher certification and export their products to Israel, America and Europe.