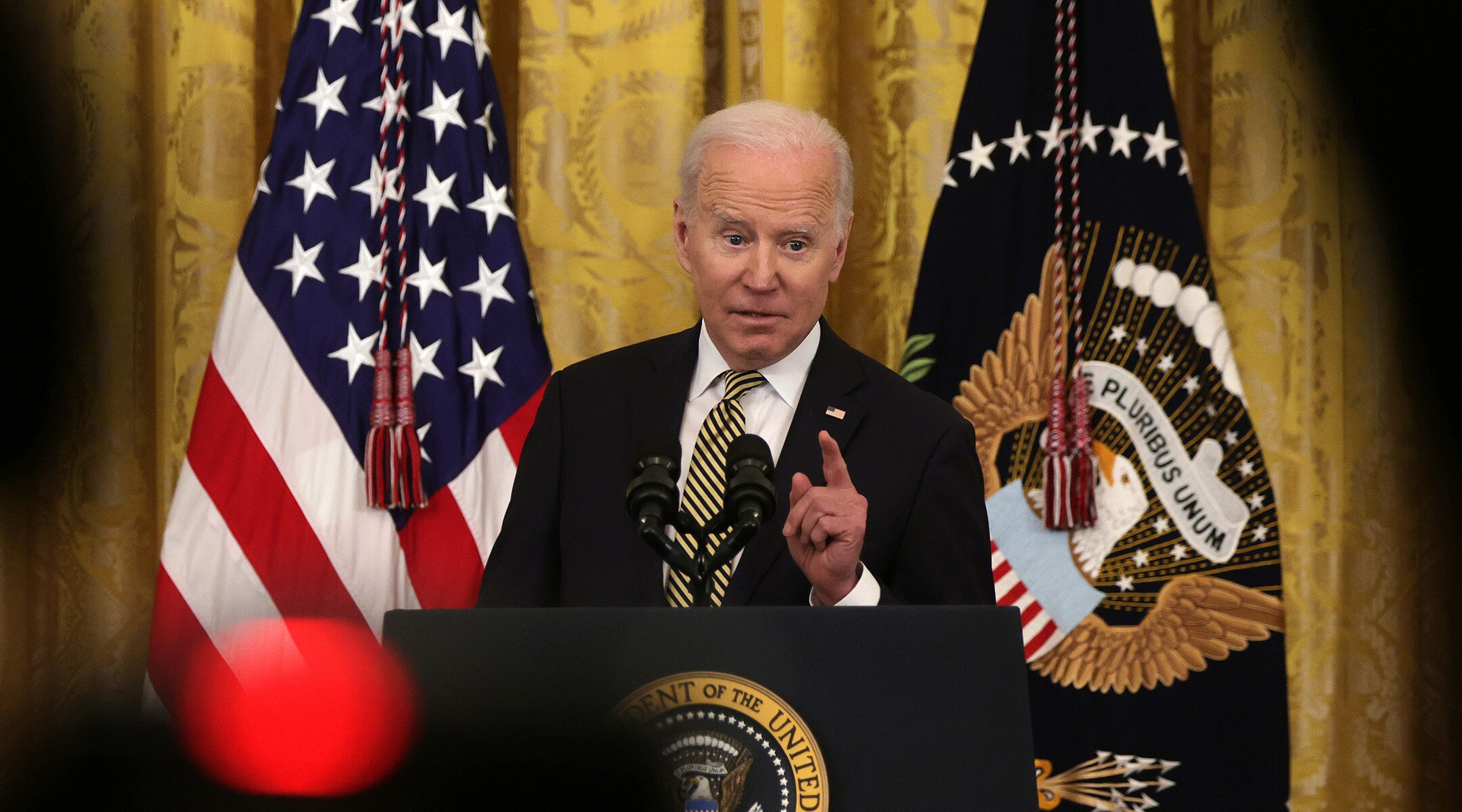 (JTA) — An array of 28 major U.S. Jewish groups spanning the religious and political spectrums urged the Biden administration to expedite the acceptance of refugees fleeing Russia’s war against Ukraine.

Refugee acceptance into the United States is an onerous process, and can take years as refugee applicants remain in transition in host countries willing to house them temporarily, but not permanently. The letter notes a precedent in the late 1990s, when President Bill Clinton’s administration removed bureaucratic obstacles to allow in 20,000 Kosovar refugees from the Yugoslavian war on its territory.

“We urge you to follow the precedent set by the Clinton administration and welcome, at a minimum, those refugees with close family ties in the United States,” said the letter. “And we urge you to do so without delay.”

Of the 50 or so members of the Conference, 27 groups signed, including HIAS, the lead Jewish immigration advocacy group; representatives of the Conservative, Reform and Orthodox streams of Judaism; the Anti-Defamation League and the American Jewish Committee civil rights watchdogs; and groups that skew both right and left on foreign and domestic policy.