After hitting a cap, Israel will allow in Ukrainian refugees ineligible for citizenship if they have local relatives 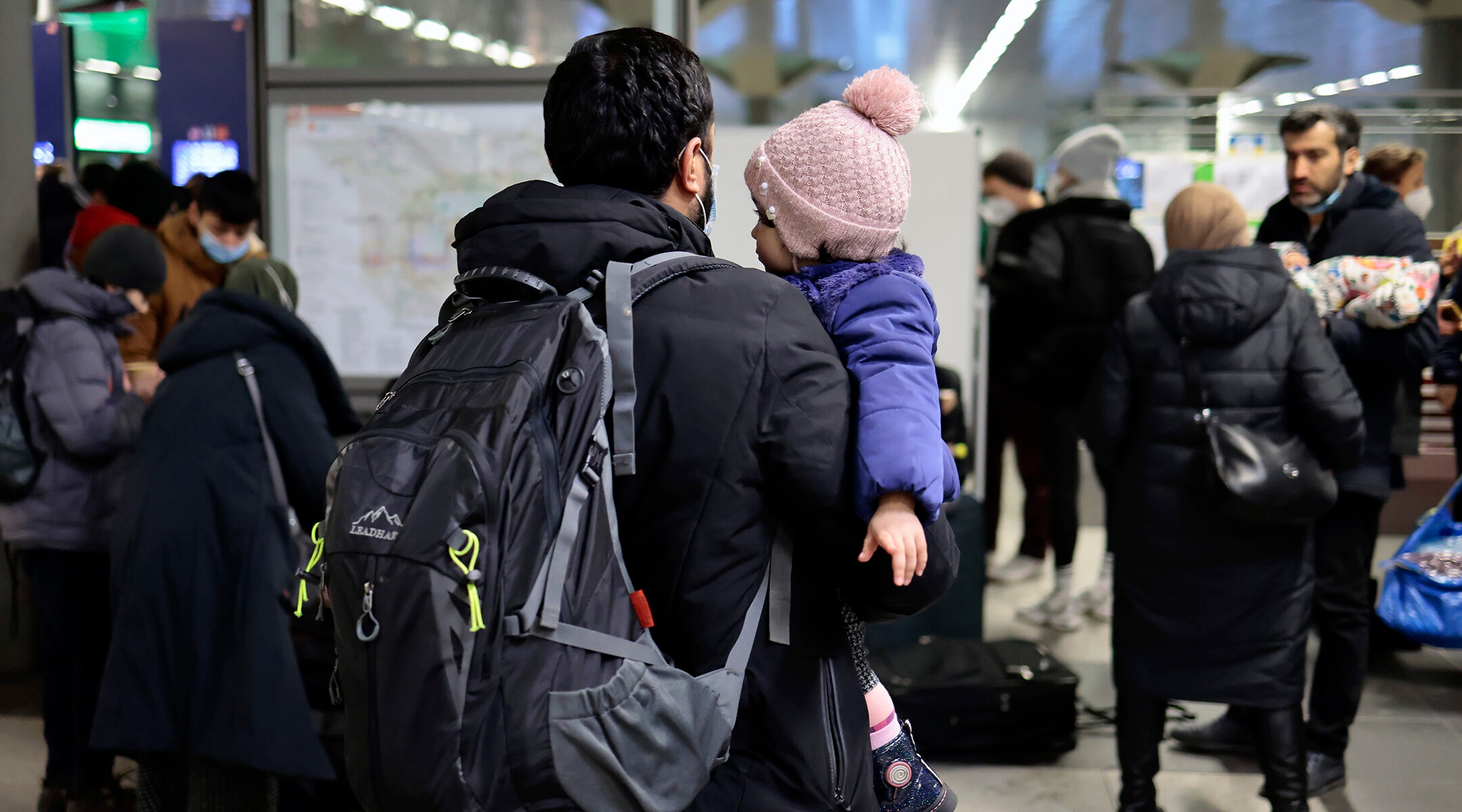 A man carries a child after refugees from Ukraine arrive at the main train station in Berlin, March 1, 2022. (Hannibal Hanschke/Getty Images)
Advertisement

(JTA) — Israel will allow Ukrainian refugees who are ineligible for Israeli citizenship but who have relatives in Israel to seek refuge in the country without counting towards a refugee cap announced last week.

Ayelet Shaked, Israel’s interior minister, announced last week that Israel would cap its absorption of Ukrainian refugees who are ineligible for Israeli citizenship at 25,000 people. After facing criticism for the number, Shaked amended the policy on Sunday, according to The Times of Israel.

Under Israel’s Law of Return, anyone with at least one Jewish grandparent who wishes to obtain Israeli citizenship is automatically eligible, and Israel has anticipated a wave of Ukrainian Jews moving to the country.

But the country has historically been less welcoming to non-Jewish refugees, including the thousands of African asylum seekers currently living in Israel.

Israel had been criticized for trying to deport some non-Jewish Ukrainian refugees and for requiring a deposit from them of around $3,000 as a guarantee that they would eventually leave. The deposit requirement has been dropped.

“No other country has imposed limits on refugees. This framework is still problematic, and we are again restricting the arrival of refugees and making a distinction between those who have family in Israel and those who do not,” Shai said in a statement.

Israel is also expected to alter the migration process for Ukrainians eligible for Israeli citizenship. Until now, Ukrainian refugees were required to present documentation proving that they are eligible for Israeli citizenship under the Law of Return, something that has been difficult for many who fled their homes with little more than a backpack and which requires time for officials to review.

According to The Times of Israel, Israeli officials will begin allowing those believed to be eligible for Israeli citizenship to enter Israel without an immigration visa and to complete the immigration process there.