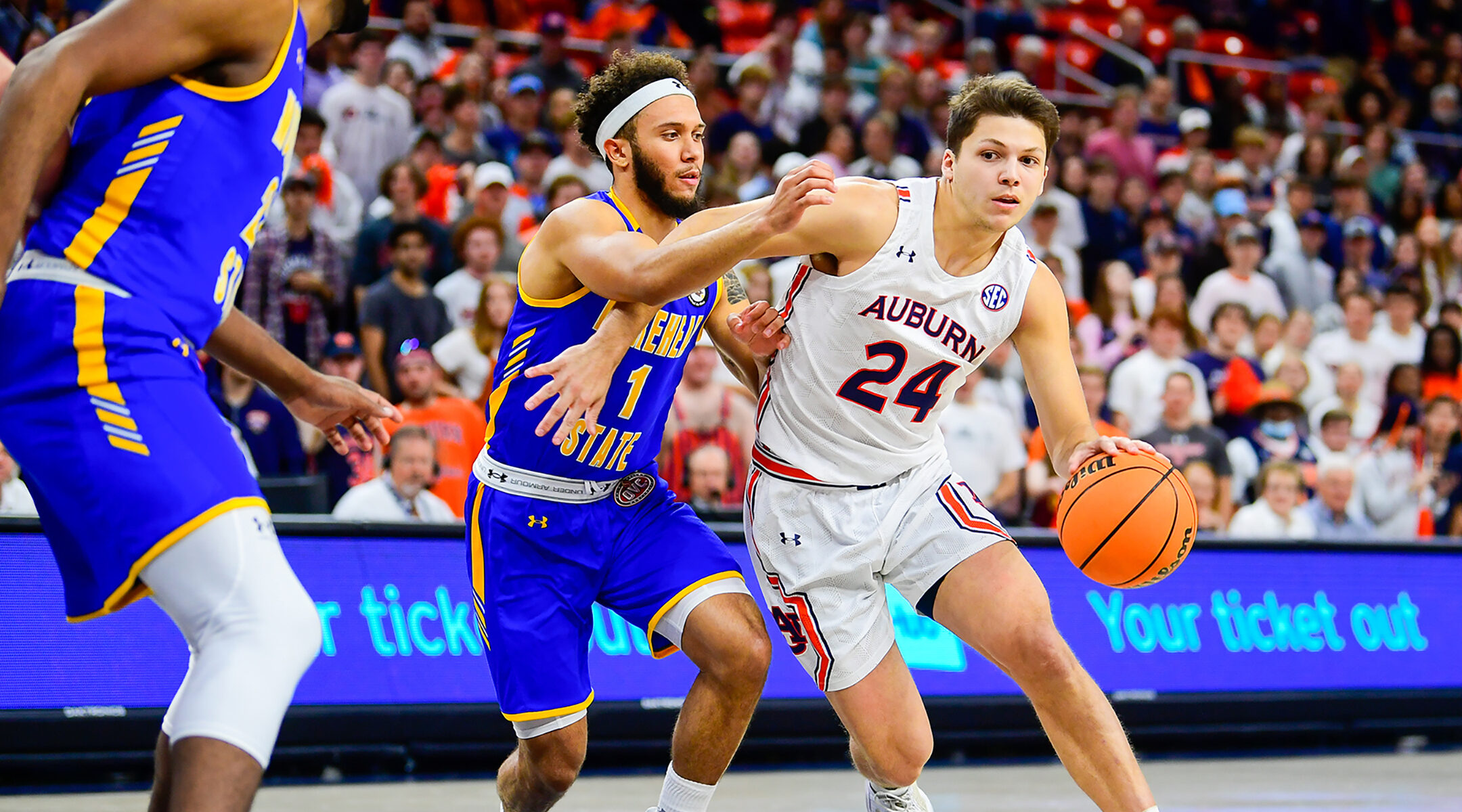 (JTA) — There aren’t many Jewish players in Division I men’s college basketball, and even fewer get to play for Jewish coaches.

But that’s the case at Auburn University, the Alabama school that went 27-5 this year and held the No. 1 ranking in the country for a time. They head into March Madness as a No. 2 seed in their quarter of the tournament bracket.

Bruce Pearl — one of college basketball’s most outspoken and most proudly Jewish coaches — has coached the Tigers since 2014, and since 2019, he has had a Jewish member on his squad: Lior Berman, a 6-foot-4 junior guard from Birmingham who has an Israeli grandfather and hopes to play professionally in Israel.

Pearl and Berman have bonded over their Jewishness, even though Berman is from the South and Pearl grew up in the Boston area.

“We talk about it all the time,” Berman said. “I’m very fortunate to have Coach Pearl, and a lot of the time we’ll celebrate holidays together.”

Berman is not a starter on the star-studded team, which features Jabari Smith, a freshman who is projected to be the No. 1 pick in this year’s NBA draft. But he has earned more playing time each season on the roster, appearing in 18 games this year and racking up an impressive 47% three-point shooting percentage when he’s on the floor.

Berman’s paternal grandfather Floyd, an Israeli, played lacrosse and ran track at the University of Virginia, and his uncle Dan played baseball at Brandeis University, the Massachusetts school founded as a Jewish university. Berman got his start in basketball in a youth Jewish community center league and went on to become part of the gold medal-winning under-16 U.S. team at the 2017 World Maccabiah Games in Israel. (Pearl has also coached the U.S. Maccabi basketball team before, including one that won the title in 2009.) 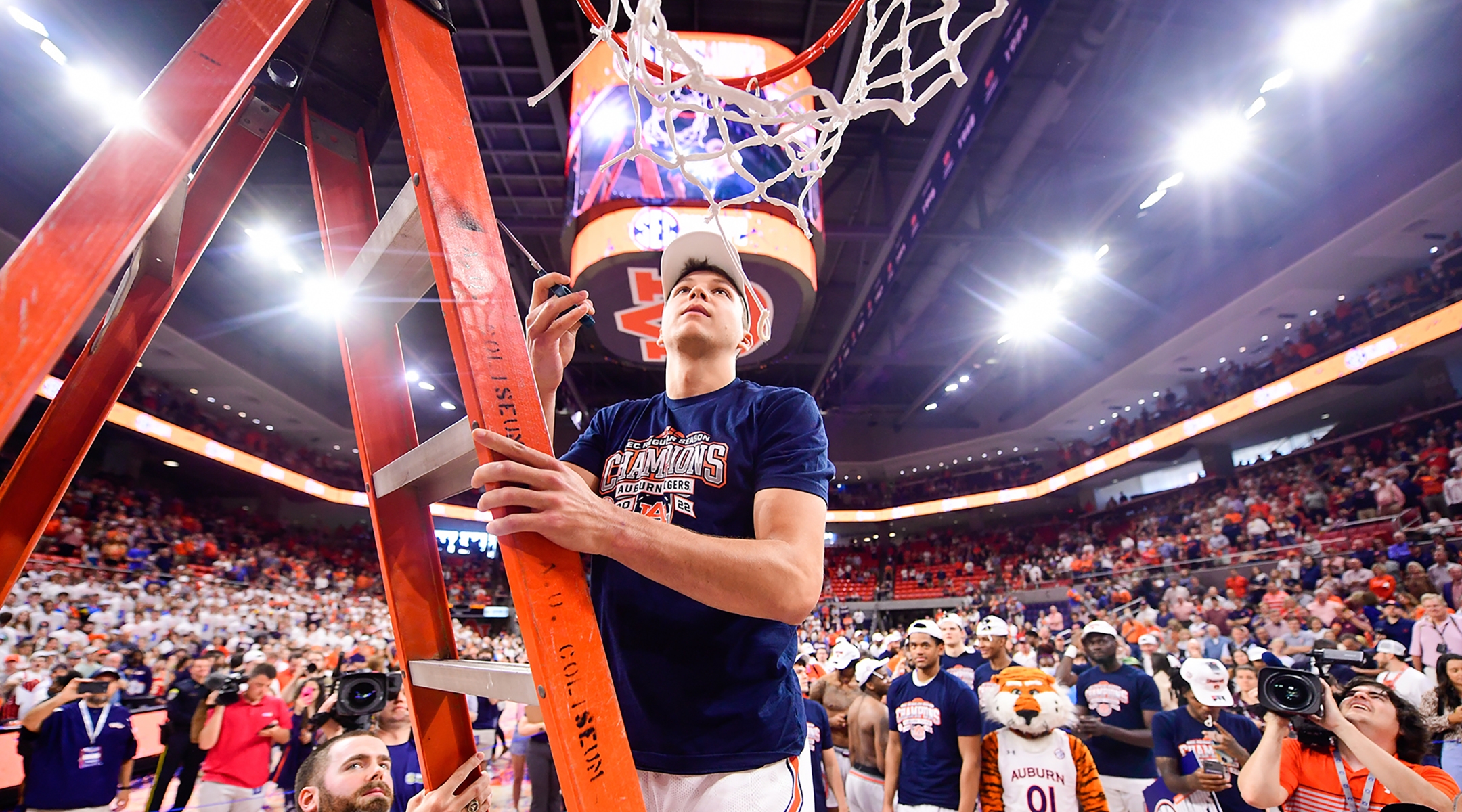 “That was really cool, because I got to meet fellow Jewish people from all over the country, it was great,” he said.

Berman helped his Birmingham high school win three consecutive state championships and got scholarship offers from Division II and III teams, in the tiers below Division I, but he took a chance as a walk-on (a player without a scholarship offer who has to try out to make the team) at Auburn. Berman has since become popular with his teammates, earning the nickname The Bermanator.

The school’s basketball team has risen in the national rankings since Pearl took the reins, even though the program was placed on probation in December after Pearl admitted that he failed to sufficiently monitor a former assistant coach who pled guilty to accepting bribes.

There are around 100 Jewish students at the school of over 24,000 undergraduates. Pearl, who helps plan and participates in events through the college’s Hillel chapter, is known for inviting Jewish students to his house for a Hanukkah party every year. This year he tweeted that his “Nana’s potato latkes recipe didn’t disappoint!”

We celebrate Hanukkah annually with some of Auburn's Jewish students. Blessed to gather, pray together and enjoy the freedoms many of our ancestors were denied! My Nana's potato latkes recipe didn't disappoint! ⁦@HillelIntl⁩ pic.twitter.com/ZJxKYMo4cs

“There’s not many Jewish people down at Auburn,” Berman said. “It is a nice community that I’m thankful for, the Hillel down here is great.”

Berman and Pearl have also attended services at a local synagogue together, and Berman recalled going to Pearl’s house for a Rosh Hashanah dinner. When it comes to Jewish observance, Berman said, “I do what I can, it’s what’s important.”

“I’m always super busy, but I always try to remember my faith, and getting to celebrate some holidays with some fellow friends is always fun,” Berman said. “I know Coach Pearl shares the same passion that I do about Judaism.”

Pearl also co-founded the Jewish Coaches Association, which hosts a breakfast for Jewish NCAA basketball coaches at the tournament’s Final Four weekend each year. He said coaching Berman is like “coaching my own son” — even though his real son Steven is an assistant coach on his staff.

“We share some of the same values and beliefs. We take great pride in representing a minority religion and group. That connection makes our relationship even more special,” Pearl told the Jewish Telegraphic Agency.

Pearl, who is outspoken in his support of Israel, has also participated in Republican Jewish Coalition events, and often tweets and retweets articles on Jewish topics. In 2019, he became just the fifth Jewish coach to take his team to a men’s Final Four (joining Larry Brown, Nat Holman, Harry Litwack and Guy Lewis). There are a few other Jewish coaches currently in the Southeast: Josh Partner, the men’s head coach at Georgia Tech, and Jon Scheyer, currently an assistant at Duke who will succeed the legendary Mike Krzyzewski next year. Coach Todd Golden has his University of San Francisco team in the tournament for the first time since 1998. 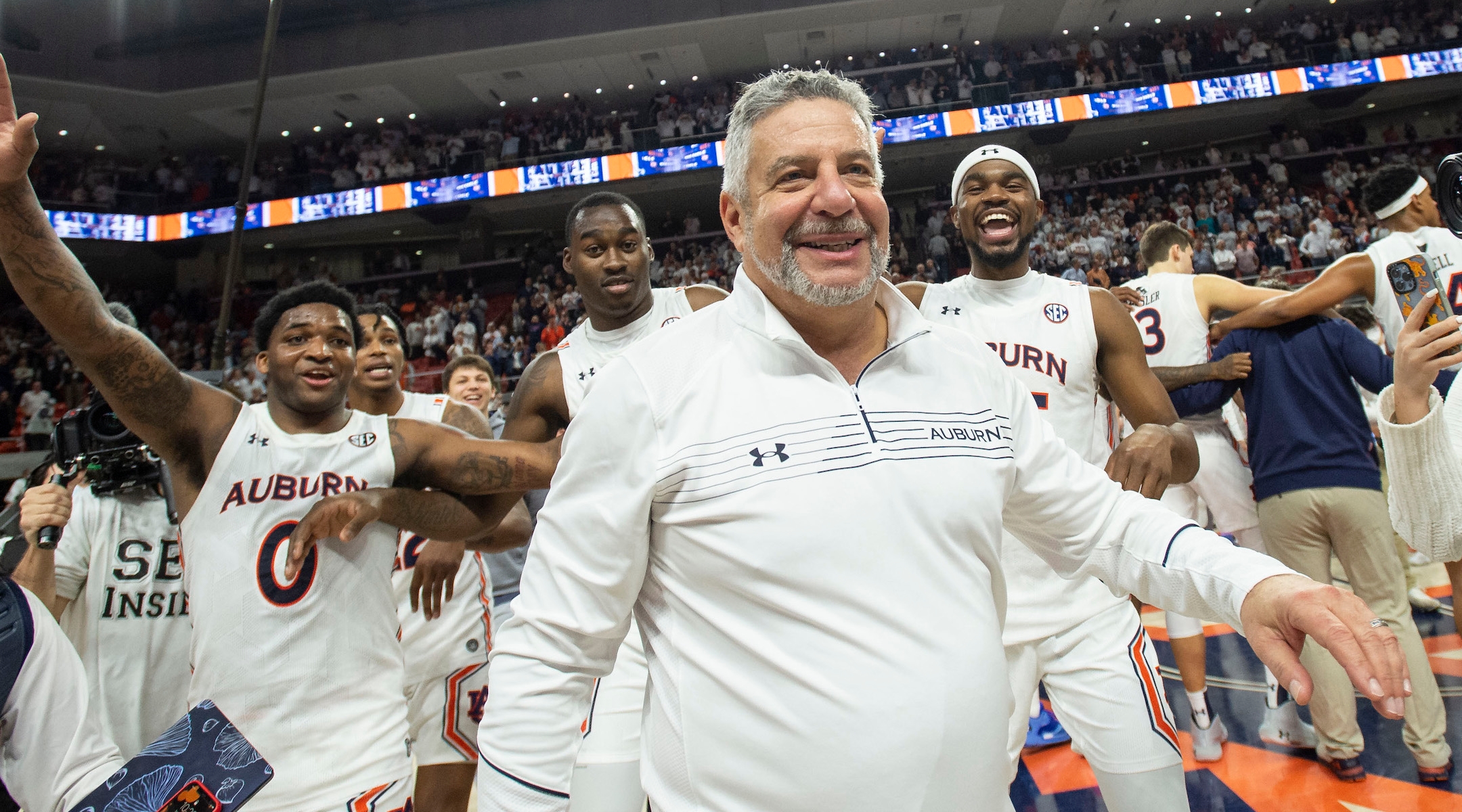 But Berman isn’t the only Jewish basketball player at his own school: Romi Levy, a sophomore forward from Herzliya, Israel, plays on Auburn’s women’s team.

Berman has interest in one day returning to Israel, where he visited frequently growing up, to play professionally. First up is Auburn’s first-round game against Jacksonville State on Friday afternoon; the winner of that will play the winner of a game between USC and Miami.

“I get a lot of messages sometimes from people who say, ‘I love what you’re doing, I’m a fellow Jew too.’ It’s just awesome — I feel great when I get messages like that. It’s really cool to be able to connect with people, especially different Jewish people,” he said.