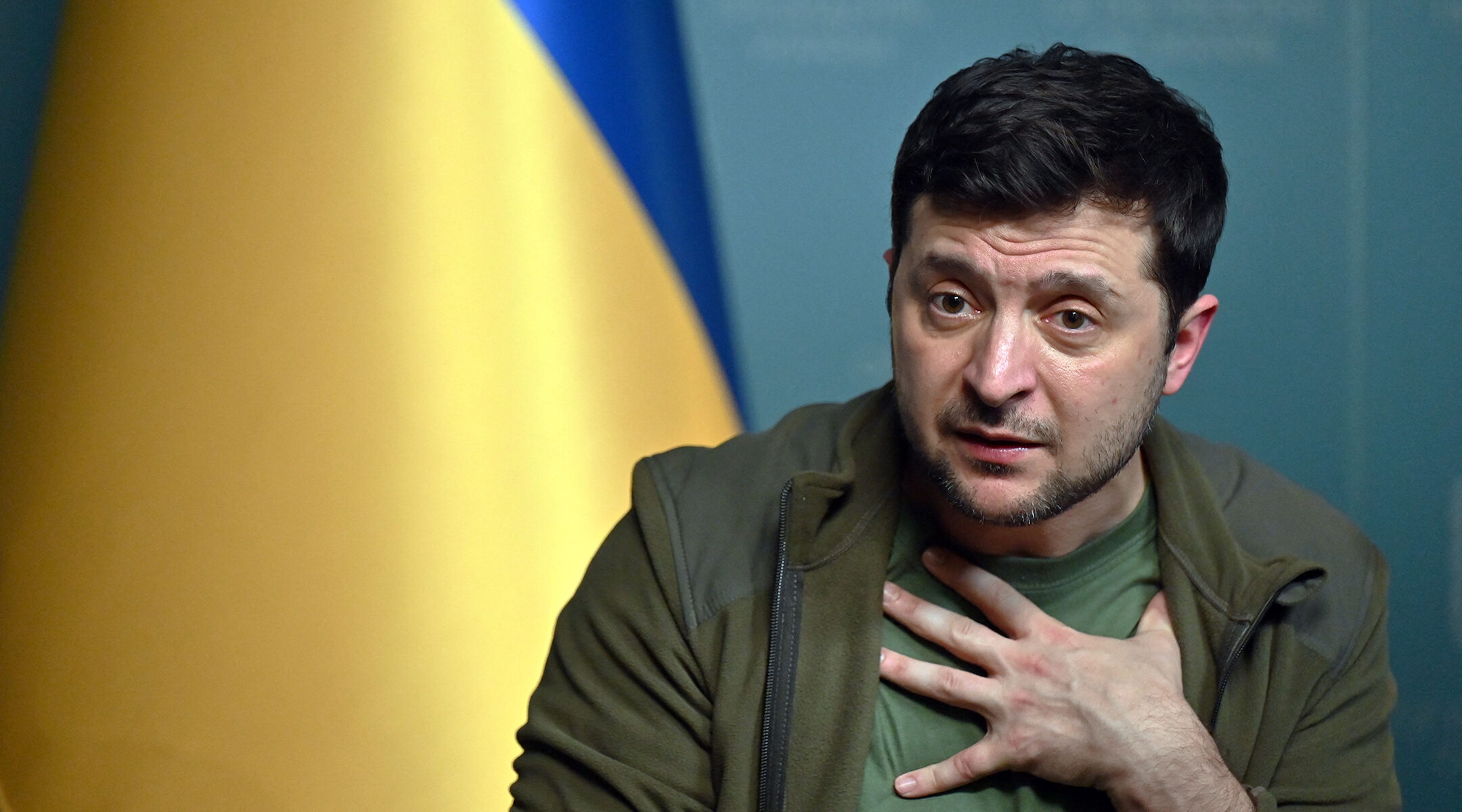 (JTA) — After a searing speech in which he criticized Israel’s government for not providing more robust aid to Ukraine in its war with Russia, Ukrainian President Volodymyr Zelensky again raised the possibility that Jerusalem could serve as the site for peace talks between Russia and Ukraine, calling it “the right place to find peace,” if peace becomes possible.

“The prime minister of Israel, Mr. Bennett, is trying to find a way of holding talks. And we are grateful for this. We are grateful for his efforts, so that sooner or later we will begin to have talks with Russia, possibly in Jerusalem,” Zelensky said in his nightly address Sunday night, according to a translation by Reuters.

Zelensky’s more moderate tone regarding Israel’s position in the conflict came just a few hours after his speech to Israel’s Knesset. In that earlier speech, Zelensky made another request for military assistance from Israel and criticized Israeli Prime Minister Naftali Bennett’s government for trying to maintain relations with both Ukraine and Russia. He also compared the “final solution” the Nazis sought to impose on the Jews to Russia’s ambitions for Ukraine.

But he also signaled that he was not judging the Ukrainian president harshly.

“His country and his people are in a very severe war,” Bennett said at a conference hosted by the Israeli newspaper Ynet, according to The Times of Israel. “Many hundreds of dead, millions of refugees. I cannot imagine what it is like to be in his shoes.”

Bennett also commented on the progress of Israeli-mediated talks between Ukraine and Russia Monday, saying there were still “very large” gaps between the two countries on a number of issues.