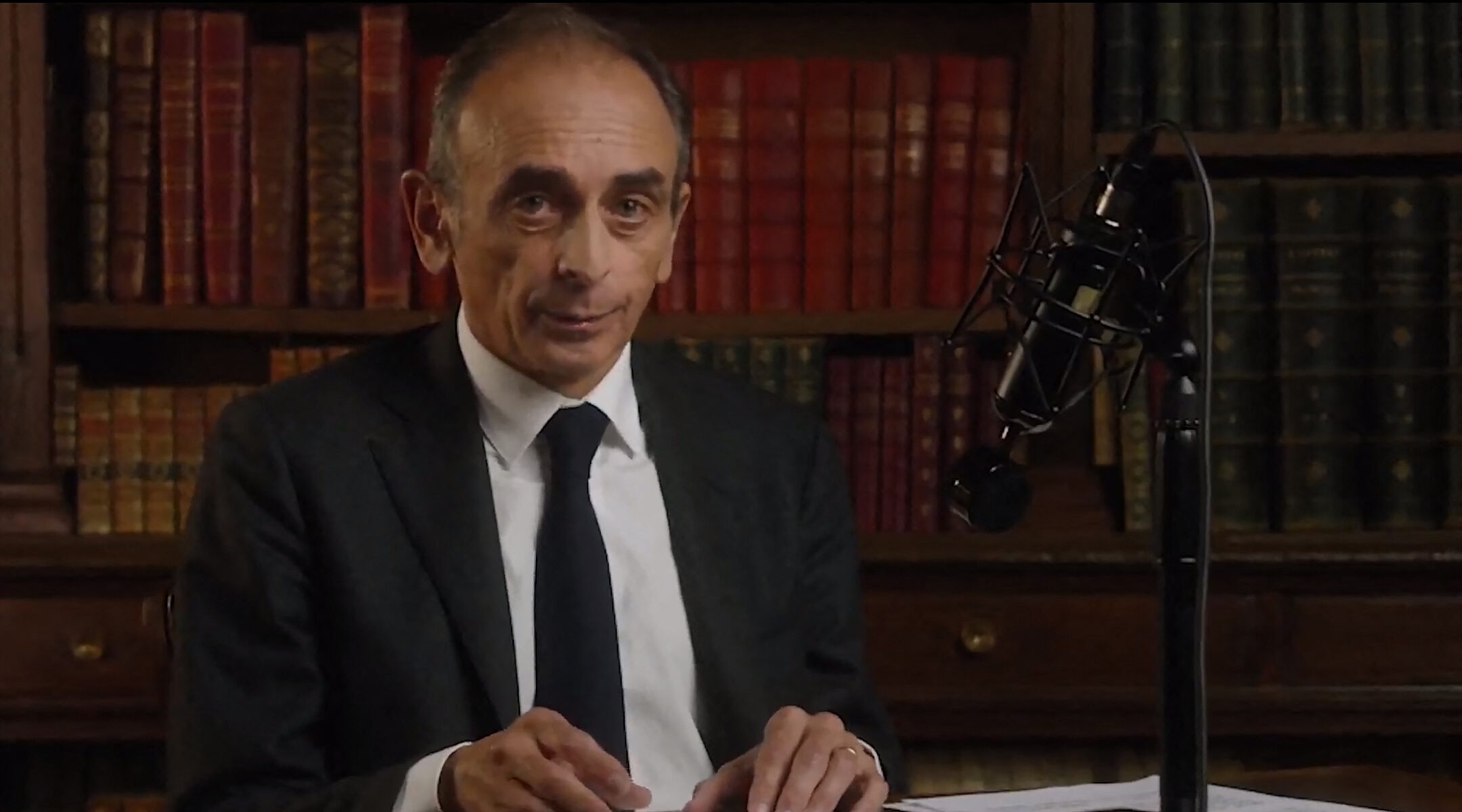 Éric Zemmour announces his candidacy for the 2022 Presidential election in a video broadcast on his YouTube channel, on Nov. 30, 2021. (YouTube)
Advertisement

In a legal complaint, six groups highlighted a passage from his recent book, “France Has Not Said Its Last Word,” in which he endorses a view promoted by another right-wing French politician, Christian Vanneste.

Zemmour in his book wrote that Vanneste was “right.” Vanneste would eventually leave his UMP party over the controversy.

According to a 2007 report by the Foundation for the Commemoration of Deportations, a nonprofit dedicated to memorializing all the people forced out of France by the Nazis, a total of 62 people were arrested in France during World War II for their sexual orientation. Of those, 26 were deported. In total, five people have been confirmed to have been deported from areas of France that Germany did not annex for their sexual orientation, according to the Foundation.

Zemmour’s campaign in a statement said the groups’ complaint, which is based on laws forbidding Holocaust and genocide denial in France, is “an instrumentalization of the justice system” in connection with the presidential elections next month… perhaps because Zemmour is the only candidate willing to fight their propaganda in our schools.”

Zemmour, who is vehemently against increased immigration to France, has several past convictions for inciting hate speech, including by saying on television in 2019 that most drug dealers in France were Arab or African.

He has also said that Alfred Dreyfus, a French-Jewish army officer who was convicted and then acquitted of espionage charges, may have been targeted “for being German, not for being Jewish.”

The Dreyfus Affair, which played out around the turn of the 20th century, is widely seen as an antisemitic trial.