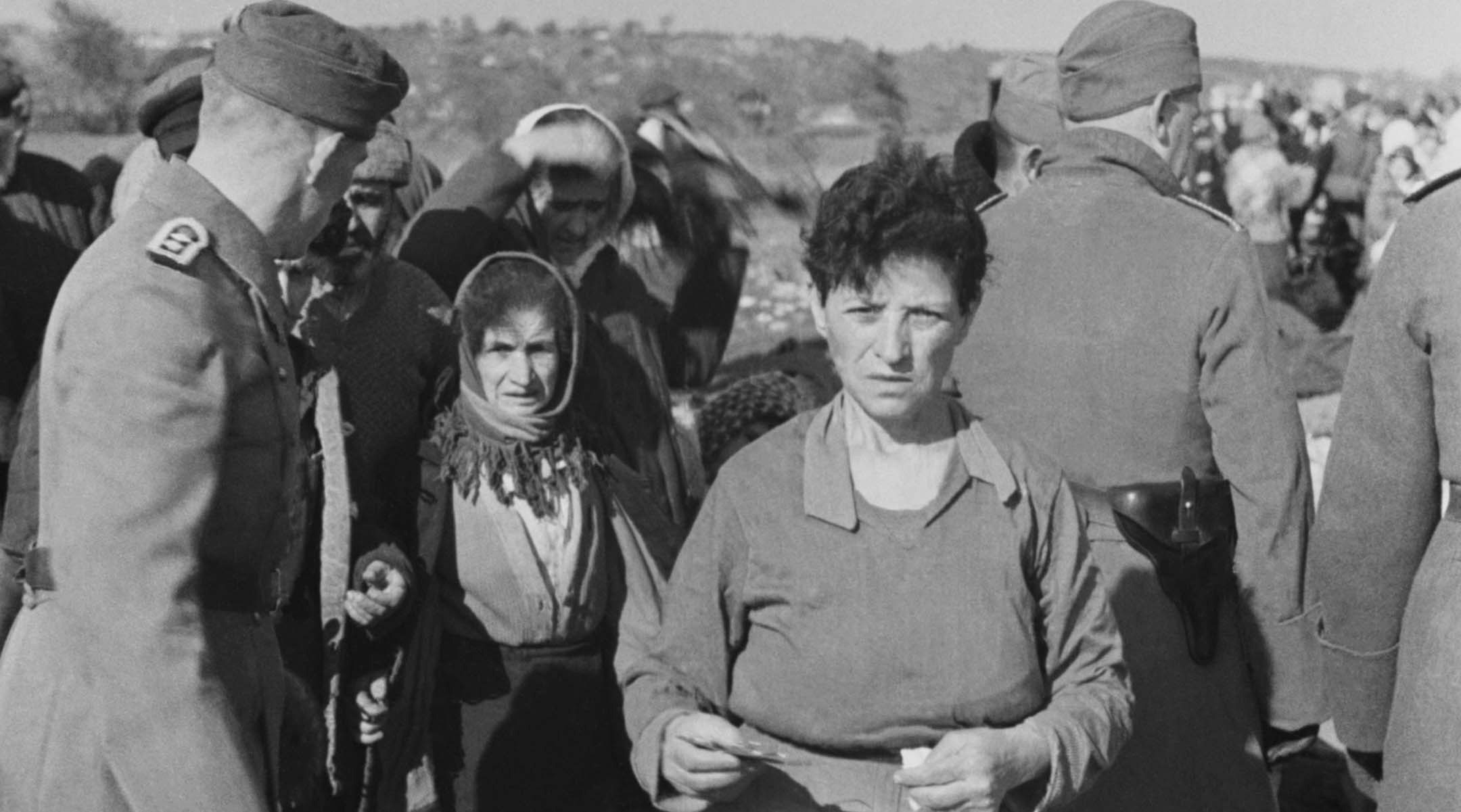 Archival footage from "Babi Yar. Context," a documentary chronicling the mass murder of Jews in Ukraine during WWII. (Courtesy of Film Forum)
Advertisement

(JTA) – Is now the right moment to examine the ways Ukrainians collaborated with the Nazis during the Holocaust?

More than a month after Russian President Vladimir Putin invaded Ukraine and started a war that the west has universally condemned, the past has continued to find ways to enter the present. Holocaust memorials were purportedly damaged by Russian forces, Ukraine’s Jewish president Volodomyr Zelensky upset historians with his interpretation of World War II and Putin’s “denazification” justification has widely been denounced as pure propaganda.

Now a new documentary, “Babi Yar. Context,” takes the conversation a step further. Using an extensive collection of archival video footage, the director Sergei Loznitsa — one of Ukraine’s most prominent and vocal filmmakers — partnered with the Babyn Yar Holocaust Memorial Center in Kyiv to excavate perhaps the darkest chapter in his country’s history, when Nazi forces and Ukrainian collaborators together murdered more than 33,000 Jews. (Babi Yar is the Russified spelling for the site; Babyn Yar is the Ukrainian transliteration.)

The film won a special documentary award at last year’s Cannes Film Festival but arrives in the United States only this week, shortly after Loznitsa was expelled from the Ukrainian Film Academy for being too “cosmopolitan” because he declined to boycott Russian cinema over the war.

In an open letter, the director, who is not Jewish, said the charge had antisemitic connotations; he also recently left the European Film Academy because he thought the group was “too neutral, toothless and conformist” on the Russian invasion.

Thus, “Babi Yar. Context” now arrives in a very different atmosphere from the one Loznitsa originally anticipated. When he made his film, with its heavy emphasis not just on Nazi actions but on Ukrainian complicity, Losnitza was primarily concerned not with surviving a Russian assault but with compelling his fellow Ukrainians to acknowledge difficult historical truths about their treatment of Jews. (He did not respond to questions from the Jewish Telegraphic Agency.)

The footage spans a few months in 1941, beginning in July, as the Ukrainian public prepared to welcome the arrival of Nazi forces to Kyiv. There are sequences of parades held for SS generals, with men, women and children waving swastika flags and delivering Heil Hitler salutes. Smiling militia members eagerly applaud Nazi orders opposing Stalin, and treat Jews as communist collaborators as pretext for rounding up and murdering them. There are horrific scenes of Ukrainians whipping and beating large groups of Jews, and organized large groups of men and women cheerfully digging trenches on the outskirts of town, whose purpose it is not hard to guess.

This is all a prelude to the central horror of Babyn Yar: the mass murder, over a three-day span in September 1941, of Jews at the hands of Nazi soldiers aided by Ukrainian authorities. It was preceded by an official Nazi order to purge Kyiv of its 150,000 Jews, and to execute all who refused to leave. The film shows the text of these orders and still images of the mass graves, sandwiched between video footage of everyday life in the city at the time (there was no video footage of the actual massacre).

Later, after the territory changed hands from Nazi to Soviet rule, we see eyewitnesses giving testimony as to what happened, including a former SS soldier who blames the extermination orders on his commander. In one harrowing sequence, a woman describes nearly being raped at the hands of a man she had thought was a Nazi but turned out to be a Ukrainian policeman; another says she survived a firing squad only by lying among the piles of dead. Shortly after, we’re told, the Babyn Yar ravine that held the bodies was filled with industrial waste. 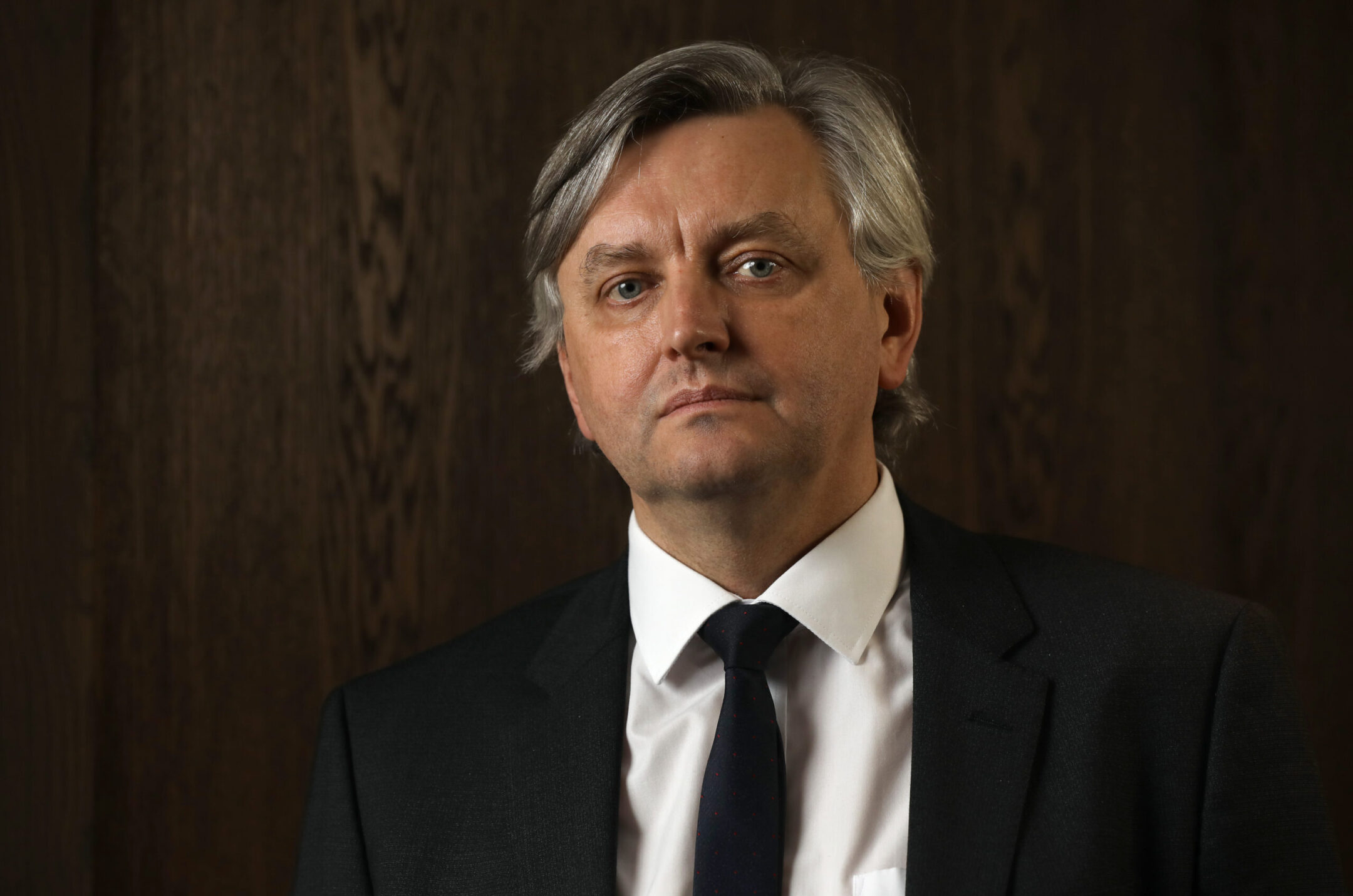 “Babi Yar. Context” is not Loznitsa’s first time investigating Holocaust memory in Europe. Incredibly prolific, he works in both documentary and fiction films, digging into unsettling chapters of Eastern Europe’s past, present and future. His previous films include the 2005 documentary “Blockade,” about the Nazi siege of Leningrad, and 2016’s “Austerlitz,” a profile of Nazi concentration camps in their present-day incarnation as tourist sites. The behavior the film captured among the visitors (like taking selfies at Sachsenhausen’s infamous “Arbeit Macht Frei” gate) served as a commentary on the warped status of Holocaust memory on the general public.

Now, Loznitsa has achieved the unique status of having alienated seemingly everyone in Europe — all while his film does nothing more than show documentary footage of a Jewish genocide.

The film’s release is being promoted in the United States as a measure of solidarity with Ukraine, with the Film Forum movie theater pledging to donate all opening-day ticket sales to Ukrainian relief organizations.