A French Jewish man was killed by a tram. His family believes an antisemitic attack might have been the cause. 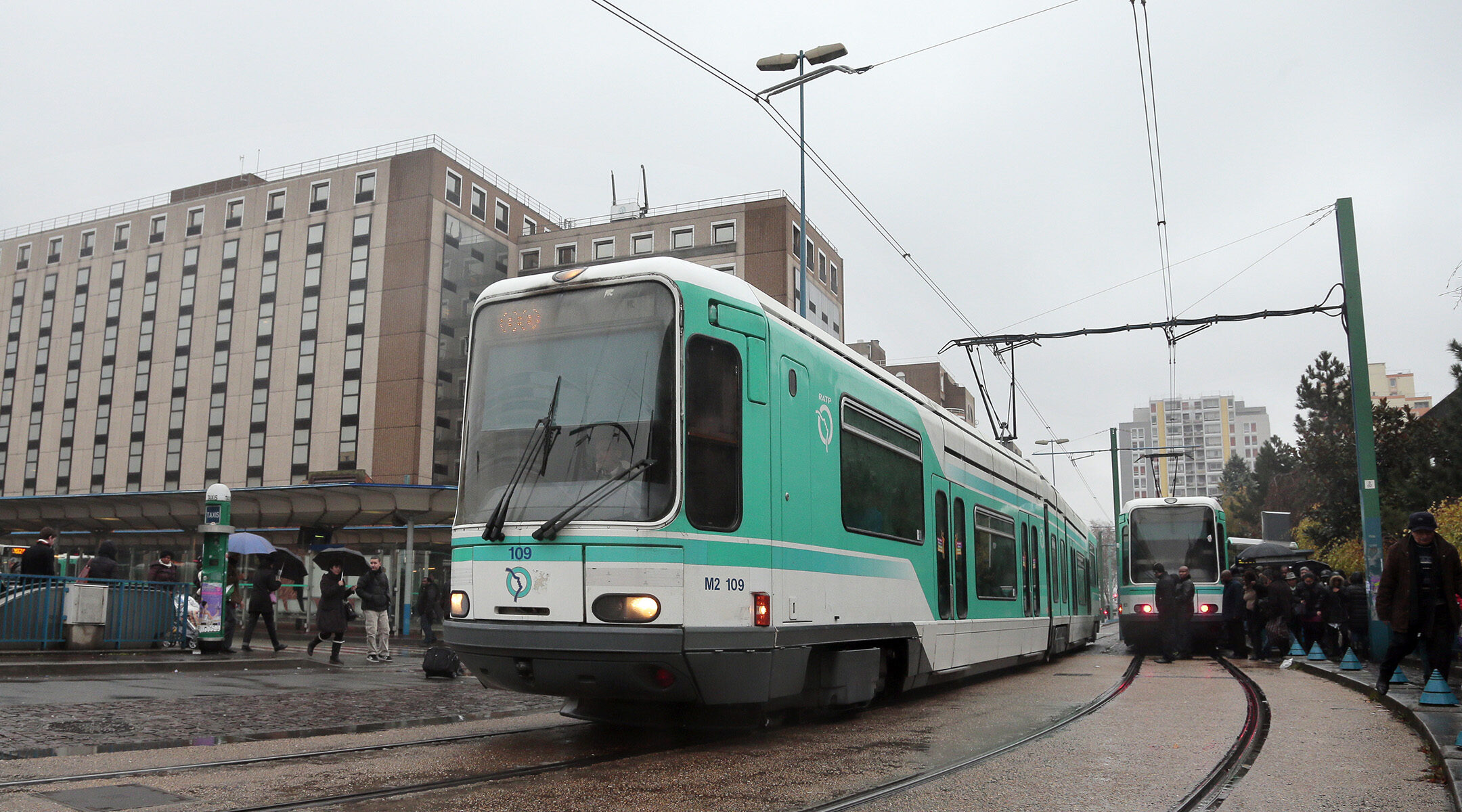 A tram runs through the the Paris suburb of Bobigny, Dec. 3, 2012. (Jacques Demarthon/AFP via Getty Images)
Advertisement

(JTA) — A Jewish man was hit and killed by a tram car in a suburb of Paris in February, and his family believes his death might have followed an antisemitic attack.

The family of Jérémie Cohen, who was 31 when he died Feb. 16 in the northeastern suburb of Bobigny, is looking for witnesses. They have already identified video footage showing that the incident could have been triggered by an assault.

The video surfaced Monday, days before France’s presidential election and on the anniversary of the high-profile murder of another French Jew, Sarah Halimi. Two of the leading candidates, both right-wing, called attention to the case Monday, suggesting that French authorities were downplaying the possibility of antisemitic violence.

“Did he die because he was a Jew? Why is this case hushed up?” tweeted Jewish presidential candidate Éric Zemmour, who is now polling around fourth place despite multiple controversies.

“What was presented as an accident could be an anti-Semitic murder,” tweeted Marine Le Pen, head of the National Rally party, who is polling in second behind incumbent centrist Emmanuel Macron. “How to explain the silence on this affair and its motivations?”

Both Le Pen — who has tried to reform the image of her party, originally founded by her Holocaust-denying father Jean-Marie Le Pen — and Zemmour are campaigning on a promise to be tough on crime in working-class suburbs like Bobigny with many Muslim immigrants, known as banlieues. They are also vying for the support of the country’s Jewish voters, many of whom are concerned about the safety of Jews in France.

Cohen’s death was initially reported by the Le Parisien newspaper as a vehicular accident, without mention of the fight or the fact that Cohen, whom the Parisien article did not name, was Jewish and may have been recognizable as such. (He was on foot, not in a vehicle, when he was struck and killed.)

The video that emerged on Monday shows Cohen getting into an altercation with a large group of men before running into the street, where he is hit by the tram car, journalist Sarah Cattan, who works for the French-Jewish newspaper Tribune Juive, told the Jewish Telegraphic Agency.

Cohen usually wore a kippah in public, his family members told Cattan. They also told Radio Shalom, a French-Jewish radio station. that they believe the altercation was directly linked to his death.

“Jeremy’s death is linked to an attack of which he was the victim — by a gang of young people immediately before being hit,” Gerald Cohen, Jérémie’s father, told Radio Shalom.

Prosecutors in Bobigny announced Monday that they were investigating Cohen’s death and the circumstances surrounding it. They said they had opened the investigation in late March and were looking into the possibility that “intentional violence” had resulted in an unintended death.

But they did not mention the possibility of antisemitism contributing to Cohen’s death, calling to mind for some how Halimi’s 2017 murder was handled by French authorities.

On April 4 that year — the same date as Monday — Halimi was murdered in her apartment in Paris by a neighbor who shouted about Allah as he threw her to her death from the third story of her building. The killer, Kobili Traore, was not tried for the slaying because French judges accepted his defense, in which he said he had suffered a psychotic episode due to his consumption of marijuana. Last year’s ruling that ended the possibility of a trial set off protests in multiple countries.

Mainstream media had initially reported on the story as a deadly altercation between neighbors without mentioning its religious and antisemitic elements, which a court later acknowledged.

Yannick Jadot, a Green Party candidate polling around sixth place with about 5% of the vote, also tweeted about the incident, writing, “It’s not up to [Cohen’s] family to collect the evidence.”

“All light must be shed on the circumstances of #JeremyCohen ‘s death, his attack before he was hit by a tram in Bobigny,” Jadot tweeted. “Support for those close to him who want truth and justice.”