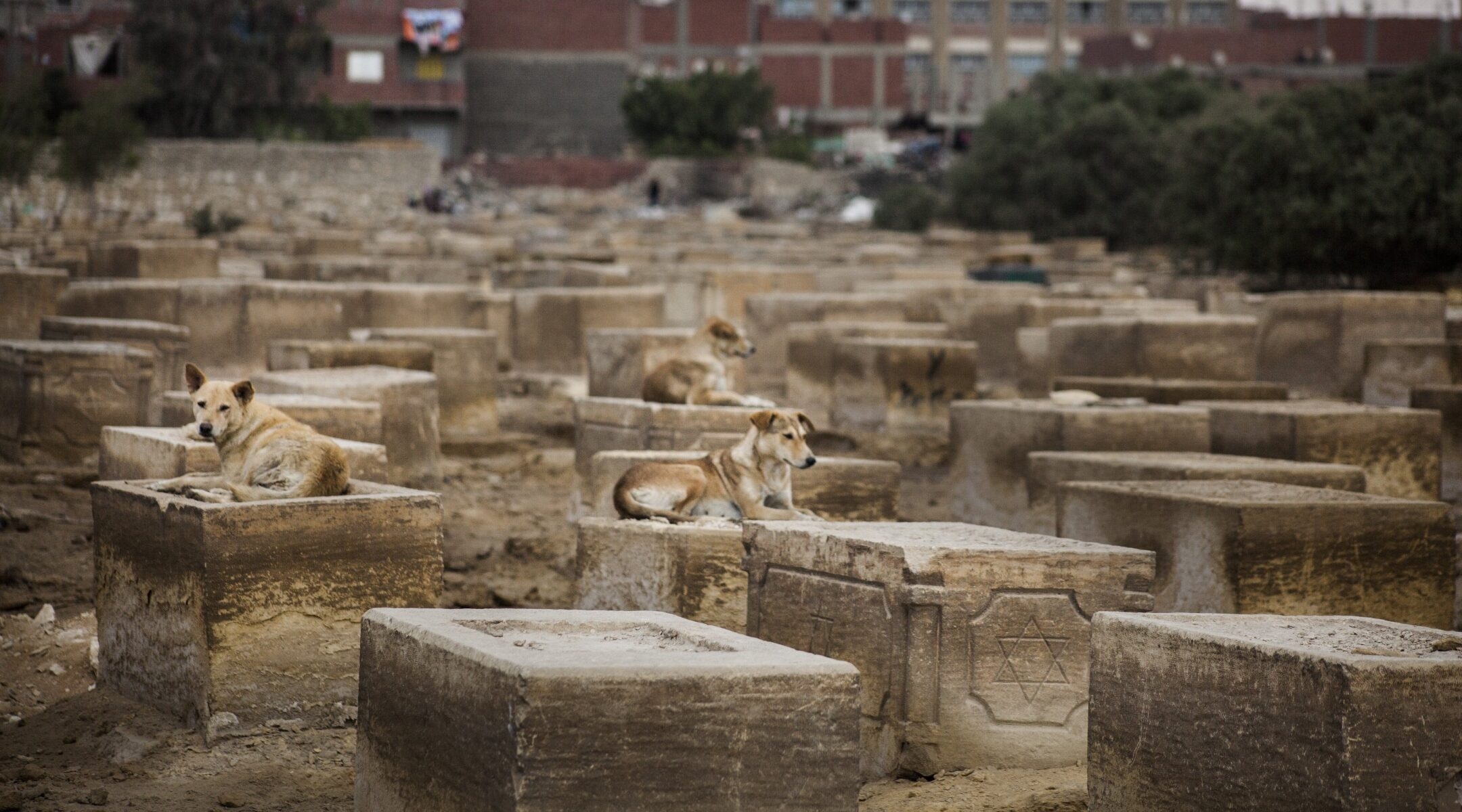 Funeral Services are held for Carmen Weinstein, the head of the Jewish community in Egypt, in Bassatine, the Jewish cemetery, Cairo, April 18, 2013. (David Degner/Getty Images)
Advertisement

(JTA) — A crew cleaning up an ancient Jewish cemetery in Cairo made what could be a once-in-a-lifetime discovery: a genizah, or resting place for discarded Jewish texts.

Jewish law dictates the burial or preservation of any text that invokes the name of God. Excavation of genizahs can yield far-reaching discoveries: A genizah uncovered in Cairo in the late 19th century vastly expanded understanding of Jewish practice and day-to-day life in the dark and middle ages, in religious texts and items as mundane as contracts and letters home.

Whether that would be the case in the latest discovery remains to be seen: Egyptian antiquity authorities in February removed the items without review by Jewish scholars, despite the pleading of Jews assisting in the cleanup, Israel’s government-run Kann news service reported.

Sen. Gary Peters, a Michigan Democrat, is pressing the Biden administration to look into the removal. “We look forward to working with the State Department to facilitate engagement with the Egyptian government on this issue,” a spokeswoman told the Jewish Telegraphic Agency on Tuesday.

The spokeswoman shared a letter Peters sent the U.S. ambassador to Egypt, Jonathan Cohen, on March 25, a day after Kann reported the removal.

“I urge you to protest the seizure of these documents to the highest levels of the Egyptian government,” Peters said. He added that the Biden administration should press for an immediate end to any removal of the documents and to bring in a panel of international experts to review them.

The documents properly belong to Cairo’s Jewish community, and there is no danger of their removal from Egypt, Peters said.

“These documents are the indisputable property of the Egyptian Jewish community and their sudden seizure is extremely troubling,” he said. “These are sensitive religious artifacts, which must be treated with respect and care, not only for religious purposes but also to preserve their physical features to allow for scientific research and examination. What the Ministry of Tourism & Antiquities has done is not merely unjust but wholly unnecessary. These documents were to remain in Egypt to be studied and cared for by the Jewish community.”

The Bassatine cemetery in Cairo dates back at least to the ninth century and is believed to be the world’s the second-oldest Jewish cemetery, after the Mount of Olives. In recent years, it has been undergoing a U.S.-funded renovation.